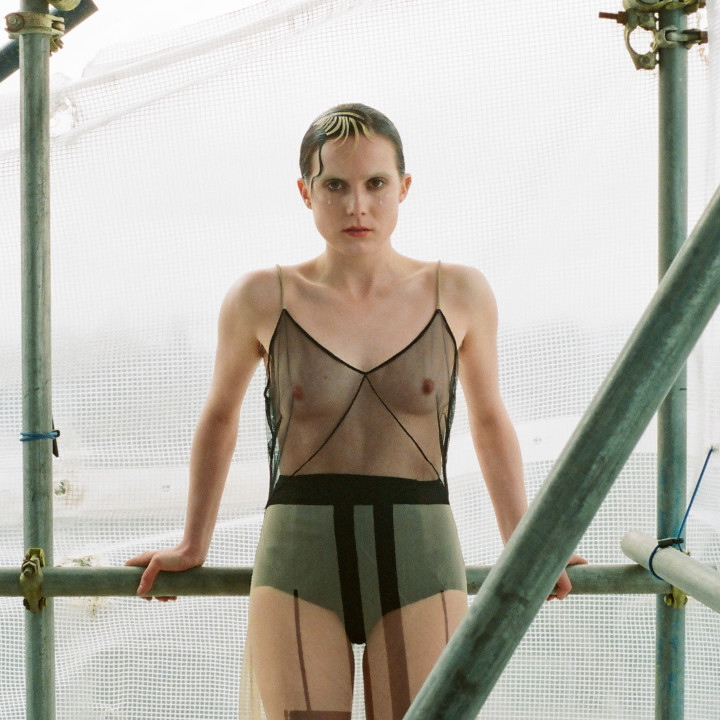 After the release of her transcendental debut EP ‘Heroides’ in 2018 and the single ‘BlackEye’ in 2019, Martha Skye Murphy returned in 2020 with two critically acclaimed EPs, ‘Heal’ and ‘Yours Truly’ that once again showed Murphy’s ability to interweave genres from indie to experimental and baroque choral music. Tied together with unexpected vocal deliveries and song structures - the voice is the instrument, the songs the experiments with form, texture and space.

Her creative approach seeks to engage and activate; in an era of passive listening Murphy bucks the trend, demanding active participation, dispensing the listener’s control of experience, dragging them into the song as they mutate between states of euphoria, ecstasy and unease. Lyrically Murphy explores where the old world intersects with the new, addressing issues such as climate change, surveillance and identity, alongside references to philosophy, 1970s European horror films, classical literature, the chanteuse, and wider pop culture.

After being placed on NME’s 100 artists to watch for 2021, Murphy was featured guest vocalist on Squid’s BBC 6 Music A-listed single ‘Narrator’ from their upcoming debut album via Warp. Assuming the role of a woman trying to free herself from the dominant story that man has established, Martha Skye Murphy lures the listener in with an unassuming soft drawl before spiraling into a howling frenzy, once again showcasing the stunning operatic range of her vocal delivery and penchant for the unexpected.

Growing up in London amongst a creative family and later studying History of Art has had a huge impact on Murphy’s creative perspective, approaching music with a fierce multidisciplinary attitude. Murphy resonates with artists such as Mica Levi, Ligetti, Jenny Hval, and Edith Piaf, sharing like minded objectives and attitudes that seek to push the limits of contemporary musical norms.

For Murphy songs are theatre. She often finds inspiration in film scores, lending to her own music’s cinematic quality and experimentations with film compositions. With a desire to test the boundaries between post-classical and minimalism, and the voice as an instrument, Martha uses extreme processing, both digital and analogue, to create stark and vivid ambient compositions, evident in the score for enigmatic motion picture The Late Departure directed by Ivan Krzeszowiec released in 2020. She has recently written an electronic opera.

This multidisciplinary attitude spills into other mediums such as acting: She has toured the UK with the documentary theatre company she co-founded, I Swear I Saw This, in a one-woman show ‘Two Body Problem’. Murphy is also part of an improvisation collective Ex Mothers Union where she sings and writes lyrics spontaneously with members of Black Midi, Glows etc and has recently collaborated with Dan Carey (Speedy Wunderground) and Andrew Sarlo (Big Thief, Bon Iver), Ethan P Flynn and Maxwell Sterling