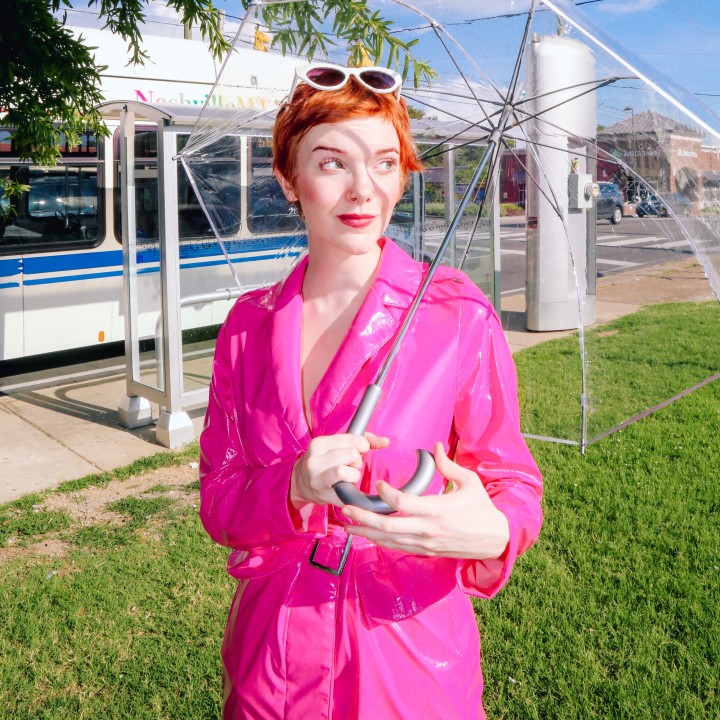 On her debut EP Coming of Age, Pt. 1, Maddie Medley documents the strange and sometimes-treacherous journey of becoming yourself. Building a powerful tension between her beguiling voice and penetrating songwriting -- a dynamic equally informed by Patsy Cline and ’90s riot grrrl bands -- the 22-year-old artist ultimately finds a quiet strength in boldly following her own intuition.

“All of these songs come from trying to navigate young adulthood and figure out how to be a woman,” notes the Nashville-based indie/alternative artist. “They all deal with the theme of trying to grow up quickly and fully at the very same time.”

On the title track to Coming of Age, Pt. 1, Medley brings her purposeful introspection to a brilliantly slow-burning epic, each line electrified by her mesmerizing vocals. Produced by six-time Grammy Award-winner Dave Cobb, “Coming of Age” reflects on existential frustration, as well as the confusion of what Medley calls “my first real grown-up relationship -- which actually wasn’t very grown-up at all.” And as the song takes on a stormy urgency, Medley delivers a daring refusal to compromise her own complexity (“I wanna watch you try and figure me out”).

A more rhapsodic meditation on love and self-discovery, “Buzz” unfolds in luminous guitar work, dreamy Mellotron tones, and lyrics that embody a certain wild-eyed poetry (“I don’t think I have ever been in love like this before/Like the holy ghost is wrapped up in the clothes thrown on your floor”). Meanwhile, on the soulful and shimmering “Edith,” Medley speaks her intentions with a thrillingly raw self-assurance (“My mother is a firecracker/My grandmother was too/And if I ever have a daughter/I’ll make damn sure she burns blue”). “‘I wrote ‘Edith’ when I was 17, when I’d just lost my grandmother,” Medley recalls. “I was feeling angry and sad and confused about what it means to be a woman, and that song started piecing itself together as I thought more and more about what it would be like when I have a daughter of my own.”

Throughout Coming of Age, Pt. 1, Medley achieves a potent alchemy, sharing a batch of songs intensely intimate in nature yet expansive enough to echo her vast inner world. Growing up in Franklin, Tennessee, she first explored her creative impulses by writing short stories, then took up guitar at age 11 and began channeling her vibrant imagination into song form. Along with playing in a number of bands in her teens, Medley spent much of her time self-recording EPs in her bedroom, gradually carving out a narrative voice that’s decidedly literary in its grasp of detail and tone (a voracious reader, she names Flannery O’Connor, Ottessa Moshfegh, and Donna Tartt among her favorite authors). Soon after moving to Nashville and making her name as a captivating live performer, she linked up with Dave Cobb for the recording of “Coming of Age” -- an auspicious session that soon led to her signing to Elektra Records.

Now at work on Coming of Age, Pt. 2, Medley continues to seek out the catharsis that’s always attended her creative process. “Normally I write when I’m upset or dealing with some other strong feeling, and I have to just stop and shut off my brain and get it all out,” she says. And with the release of her debut body of work, Medley hopes that careful processing of her messiest emotions might positively impact her listeners. “In my life there have been so many songs I’ve listened to when I’m in pain or feeling really low, and those songs have sort of devastated me but also made me feel so understood,” Medley says. “If I have one hope for my music, it’s that it provides some kind of healing for people, and maybe helps them to understand themselves better.”