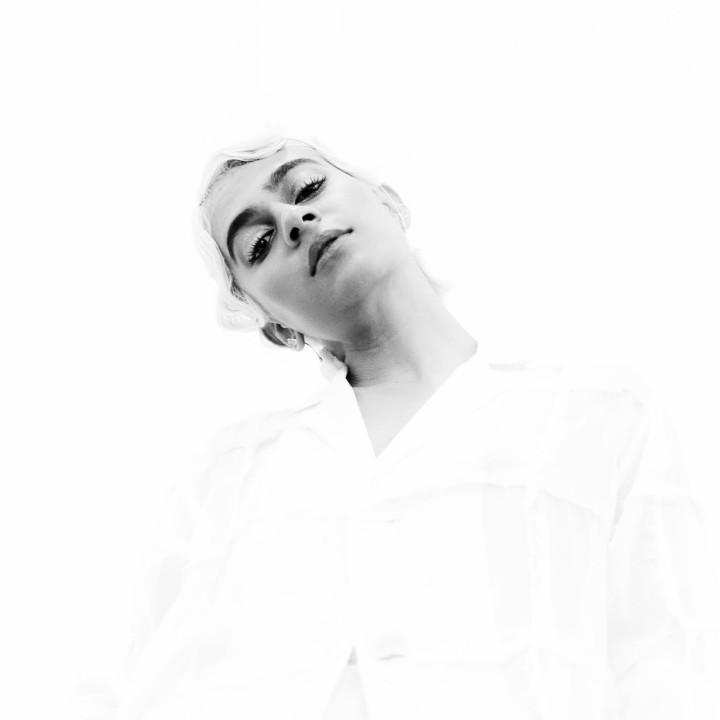 Kiran Gandhi, aka Madame Gandhi, is an electrofeminist singer, percussionist and activist. She released her debut EP, Voices, in October 2016, featuring guest appearances from Merrill Garbus of tUnE-yArDs and Alt-J guitarist Joe Newman. The second installment in the three-part EP series, Visions (July 2019), focuses on looking inward to imagine the best version of the self, the community and the world. Prior to her solo work, Gandhi drummed with politically-minded rapper/electronic artist M.I.A. and has also drummed for acts such as Krewella, Lizzo, Thievery Corporation and Kehlani.

Gandhi’s music is rooted in political activism. She studied Political Science, Mathematics, and Women's Studies at Georgetown University, where she met and began performing with boundary-pushing electronic duo Thievery Corporation, including an appearance at Bonnaroo in 2010. In 2015, she ran the London Marathon free-bleeding to combat period stigma around the world, sparking a global conversation about how we treat menstruation in various cultures. She also holds an MBA from Harvard Business School, served as the first digital analyst at Interscope Records and was listed in Forbes 30 Under 30 music class of 2019.

Los Angeles-based performer Kiran Gandhi, aka Madame Gandhi, is a singer, percussionist, activist and music industry thinker known for her electronic-based sound and fourth wave feminist perspective. A native of New York City, Gandhi grew up in an upwardly mobile, socially minded immigrant family, the daughter of an investment banker and CEO of a non-profit. During her youth, she attended the all-girls Chapin School in Manhattan and traveled often between New York City and Bombay, India. It wasn't until age 12, while attending summer camp in Maine, that she first became seriously interested in music after discovering a drum set. Although she kept pursuing music, she eventually shifted her focus toward politics and began studying Political Science, Mathematics, and Women's Studies at Georgetown University. It was while at Georgetown that Gandhi's interests in music and politics fused after discovering that boundary-pushing electronic duo Thievery Corporation had organized a protest over the closing of a local homeless shelter.

Inspired by the possible synergy between music and social activism, she found herself on-stage playing shows with Thievery Corporation, including an appearance at Bonnaroo in 2010. Other internships followed and after graduating college, Gandhi was hired as the first digital analyst at Interscope Records in Los Angeles. While at Interscope in 2013, she managed to get her drumming audition video into the hands of forward-thinking, politically minded rapper/electronic artist M.I.A., who then invited her to join her band on tour. Around the same time that Gandhi was preparing to hit the road with M.I.A., she was also accepted into Harvard Business School's MBA program. Subsequently, she spent the next few years juggling playing shows around the world with M.I.A. and taking classes. In 2015, she graduated from Harvard with her MBA.

That same year, she sparked a viral conversation about how menstruation is treated in various cultures after she ran the London Marathon free-bleeding to raise awareness about period stigma and people who do not have access to menstrual care products around the world.

Also around this time, she began working on music under the stage name Madame Gandhi, while Alexia Riner -- a Berklee College of Music graduate in sound design -- became a key contributor to the project, providing electronic soundscapes and co-production. In 2016, she released her debut EP, Voices, featuring guest appearances from Merrill Garbus of tUnE-yArDsand Alt-J guitarist Joe Newman.

Since then, Gandhi has been featured on Forbes’ “30 Under 30” list and her 2018 “Own Your Voice” TED Talk has been viewed 150,000+ times. She has drummed for acts such as Krewella, Lizzo and Kehlani and travels to perform her own music and speak about modern gender equality. As an activist, Kiran uses her voice, music and written work to empower her audiences to be their best and authentic selves. She believes wholeheartedly in the idea that we must strive to live in a world that is “linked and not ranked”, in which each person has something unique to contribute to one another, if encouraged to access their fullest potential.