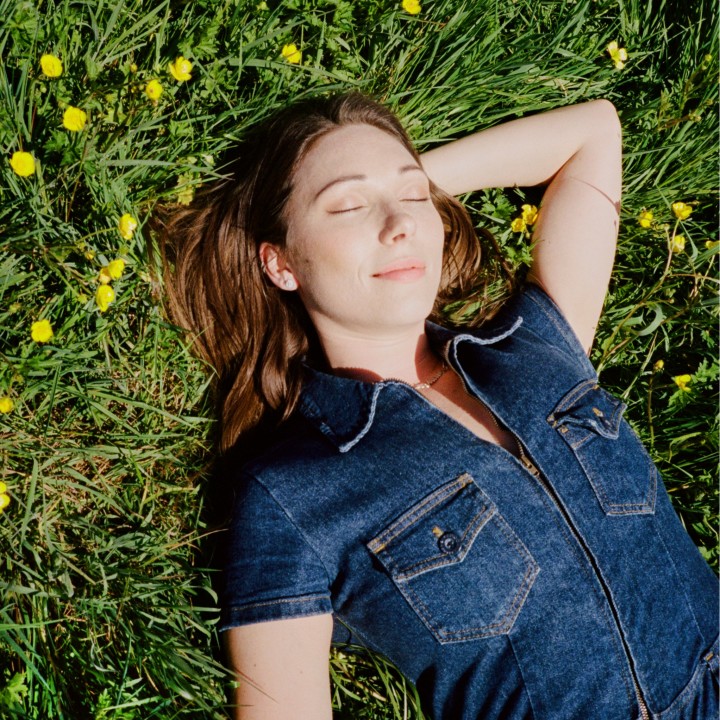 Mabes, a British singer/songwriter from Essex, first picked up the guitar aged 15 and began playing venues in her hometown of Billericay. Taking influences from artists like Laura Marling, John Mayer, Kasey Musgraves and Bon Iver, Mabes prides herself on her true, honest lyrics and folk-country sound. With a strong desire to perform at a young age and after meticulously planned sitting room renditions of classic pop hits at the family home, a young Mabes was quickly whisked off to Sylvia Young’s Theatre School. Though surprisingly, Sylvia Young awoke in Mabes a desire not for the drama of the stage but rather the quiet, contemplative art of song writing. “I was always the one that preferred my own covers of music rather than the musical theatre focus of the school. So then I learned to play the guitar and began writing songs in my bedroom”. Whilst juggling a job for a construction company, Mabes has been releasing her debut tracks in 2019. These are stripped back acoustics of delicate vocals and guitar picks; from the reflective lyrics of "Gone" and "Saint" to the gentle ambient pop of "Free". An old soul in a next generation artist, Mabes has a talent of real song-writing and has humility abounding to go with it. With the day job now part time, it’s clear she’s going places. Today Billericay, tomorrow the world.