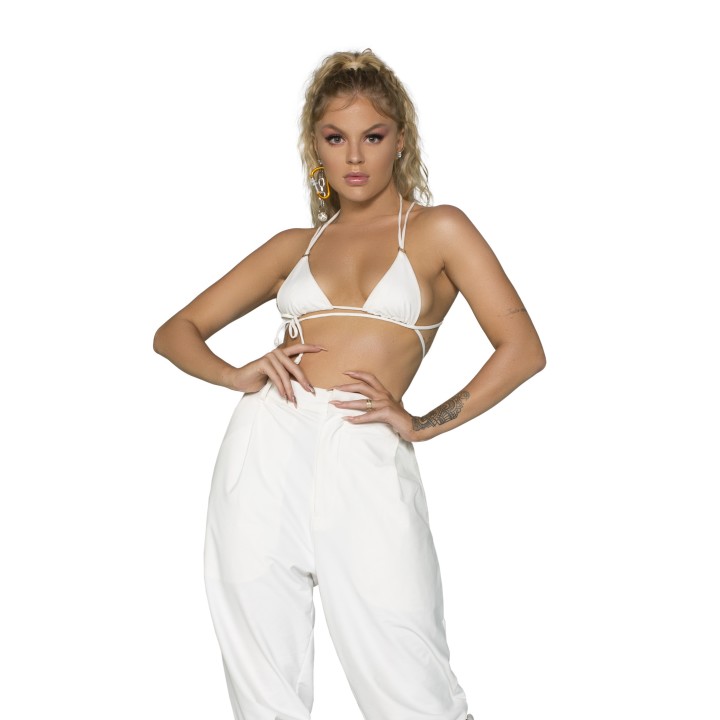 Luisa is a talented singer, songwriter and digital influencer who rose to stardom at the age of 21, and has won over Brazil through her authenticity, charisma and women’s rights/feminist beliefs.

Music has always been a part of Luisa’s life, who started her career as a singer in a local band at the young age of 7, in her hometown of Turapendi/ Rio Grande do Sul. Ever since then, she has lived and breathed this universe with intention.

Luisa foresaw the internet as her ticket to this world and began using Instagram as a vehicle to communicate her work. Her early videos were simple arrangements of voice and guitar, which later evolved to cover recordings featured on her YouTube channel. Luisa began covering personal idols, such as Anitta, Wesley Safadão, Emicida, Luan Santana, The Beatles and Justin Bieber, and soon enough was titled “Queen of Covers” on the internet.

In 2017, Luisa won the “Best Web Cover” award by Multishow, giving her career the jumpstart she needed to evolve from “Queen of Covers.” She landed a deal with Universal Music label and released her first single "Good Vibes".

Currently, Luisa has more than 4 million subscribers to her YouTube channel and more than 21 million followers on digital media altogether (Facebook, Twitter, Instagram, YouTube, Spotify and Tik Tok). In 2017, she was ranked the 10th most viewed Instagram in the world, reaching over 1 million views on Instagram stories. She is one of the most influential artists in the country and has the most views on Instagram in Brazil.

In June of 2019, Luisa released her first album Pandora, consisting of eight tracks, on all digital platforms. Seven of the tracks were composed by her in partnership with special guests. In November she landed her first international feature with boyband Prettymuch on the single "The Weekend".

The year 2020 started with exciting news for Luisa, as she participated in TV Globo’s soap opera Amor de Mãe, launching her as an actress on Brazil’s most important TV channel. Luisa has proven she is a talented, young artist by breaking barriers and triumphing in all of her endeavors.