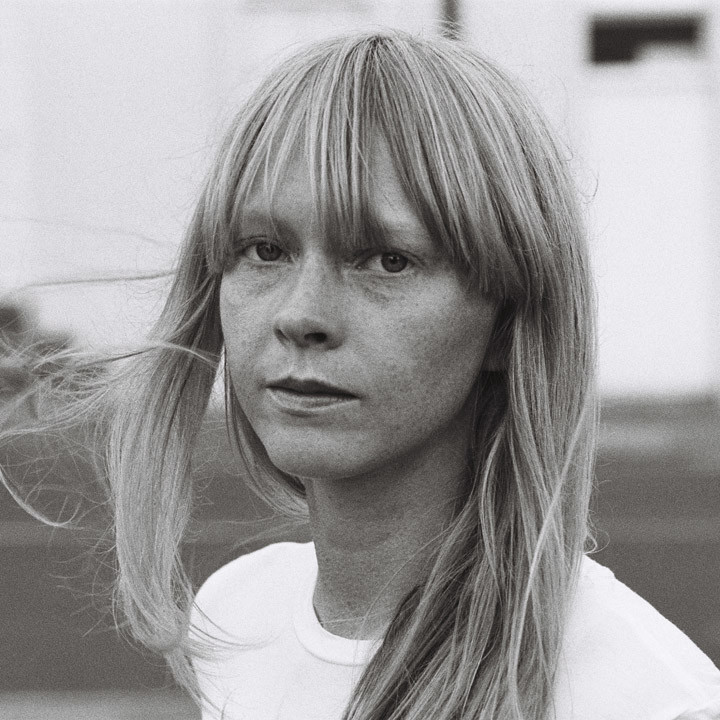 “Some people can somehow charm and win over everyone within a minute but go home and say, they were all assholes. I seem to be unable to put up that kind of front”.

Lucy Rose is talking about the challenges of keeping up a persona, but - really - she’s also talking about the challenges of being human. The Warwickshire-born singer-songwriter is bored of putting banal announcements out into the world via Instagram, of keeping a safe distance between art and feeling. She’s coming out of a year she describes as one of the hardest times of her life, and which fuelled a more probing type of album. But this was no conscious decision. Rather, it was just part of surviving. (“For a period I was like, should I call the album Everyone Needs A Therapist or something,” she says, drily). Even the interview you’re currently reading is an exercise in paradox; she needs to keep something of her own world back for herself, but the music is so raw that - ironically, with for a record with a title like No Words Left - it does much of the talking.

Something’s Changing, released in 2017, marked the start of a new chapter; after walking away from a major label deal, she entered into a new partnership with Communion. That record offered a chance to return to the more candid style of her acclaimed debut, Like I Used To, and to build on it via 70s flourishes and new reference points. However, while it was characterised by a sense of newness, No Words Left is a more restless piece of work, born out of necessity rather than curiosity. Perhaps in some ways this shouldn’t come as a surprise; Lucy is no longer the 18-year-old kid who moved down to London to make a go of things via open mic nights and ended up singing with Bombay Bicycle Club. She’s a grown up, a wife, a woman, locked in a strange relationship with the city she came to ‘make it’ (“I can't even decide when I look at the city whether it's beautiful or disgusting”, she says, considering how this contradiction led her to write a song called ‘Confines Of This World’). And, of course, she’s a human being, singing about those difficult, universal feelings that impact us all.

This sense of conflicting forces is mirrored in the album’s opener, ‘Conversation’, Lucy’s voice and minor key guitar and strings combining to reach towering highs and anguished lows, as she considers the proximity of love to pain. “It’s saying something that we all feel but sometimes we all hide”. she says. “I think if you're somehow aware and sure in what you are, then those feelings shouldn't be scary”. Similarly, on ‘Solo(w)’, a delicate pas de deux of vocals and piano, she allows herself to become vulnerable through both form and subject, before a swelling conclusion inflected with unexpected sax lines. The raw-edged ‘Save Me From Your Kindness’ encapsulates this contrast, too, as Lucy considers how even well-intentioned interventions can trigger an emotional response (“it’s like when someone gives you a big hug and you're not about to cry, and then you do cry because they've given you that cuddle and it's like, ‘oh god’”). ‘Song After Song’ - a torch song to oneself - positions Lucy in opposition to the girl next door, perhaps herself in another life, who she imagines singing “all about me, and my misery”, creating a Dorian Grey-type image of two separate parts of the same being. And despite finding her words, two distinctive interludes see her forget them in favour of sounds that seem to come from somewhere primal. “There was like a feeling that I could not in any way describe in words,” she explains. “That was one of the more experimental parts of the record for me, because in what lifetime I would have ever just ad lib wailed into a microphone?”

While there has always had a retro side to Lucy’s style, there’s a clear sense of the past bristling against the present. ‘Treat Me Like A Woman’ sees her marry a robust, Joni Mitchell-style melody with a sense of injustice at continued gender inequality. The effect is both understated and a statement, its staccato pre-chorus of “you fire those words right at me with your loaded gun” and choral backing vocals adding to its sense of conflict. “It’s about sexism minutely infiltrating life from all angles all the time,” Lucy explains. “But because we're used to it, we're unaware of it in a way but also aware of it because it changes the way you see yourself”. It’s an issue she’s encountered throughout her time in the music industry - often feeling ignored or patronised along the way - but also one she sees in the world at large (“it's a whole society thing, it's everywhere, it's living and breathing in absolutely everything we do on a smallest thing”).

The album was recorded alongside friend and producer Tim Bidwell - with whom Lucy worked with on Something’s Changing - via a series of sessions at his home studio in Brighton. Devoid of drums, the richness of a fretless bass and light percussion adds to the sense of intimacy in the songs, while also providing space for change. “I think all of the instrumentation is more complex than any other album that I've done. I didn't want nice, sweet, I didn't want it to be an utterly comfortable listen. I wanted to challenge,” Lucy explains. When she returned to London for the final time, she wondered whether it needed anything extra, before deciding that it would affect the almost time capsule-like creation. “I thought, it’s 36 minutes long, do I need it to be more? As I was thinking that, I knew I was in a different place mentally than I was when I sat down with the piano and the guitar. I felt like at that point, I knew that even if I wrote a good song, it would harm the record by adding it, because it would be different”.

Listening to No Words Left it is clear that Lucy made the right decision. It wasn’t her choice to have a shit year. But it has been her choice to use it to make something touching, relatable, and truly special.

No Words Left was released on the 22nd March 2019 through Communion Records.