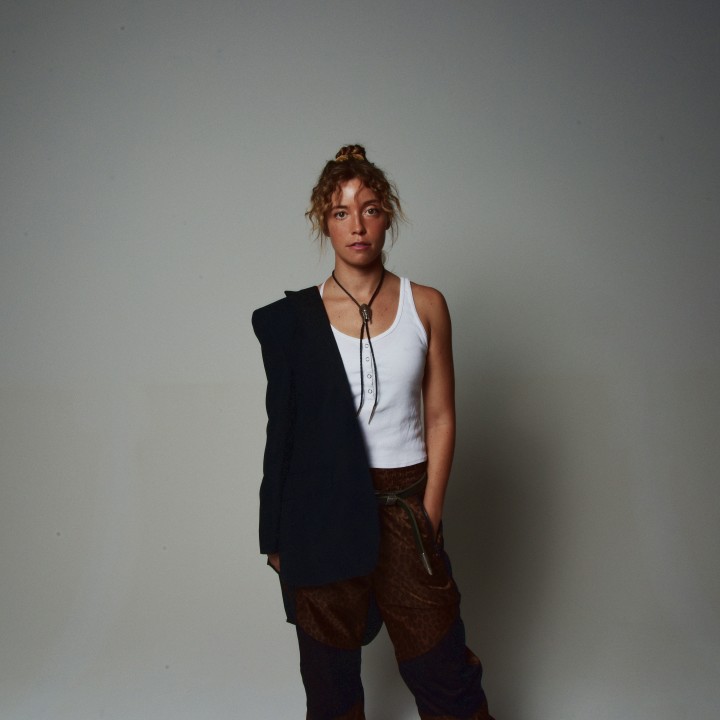 "… an all-around synth master…" — MTV News
"With a stratospheric production and rhythm, LP Giobbi is delivering a menacing new sound back to the dance scene." — Earmilk

LP Giobbi, née Leah Chisholm, is the forward-thinking, boundary-breaking artist disrupting dance music today. Widely known for her bass-rattling house beats and electrifying live performances, the Oregon-born, Los Angeles-based legend in the making is a "creative multi-hyphenate" ( Billboard ): an inspirational producer, DJ, label owner, curator, music director, feminist, entrepreneur and self-proclaimed Piano House Queen. Since first breaking into the scene in 2018, she's become one of the fastest-rising artists in the global electronic realm, with both Billboard Dance and Your EDM anointing her as an emerging artist to watch. Having already crushed sweaty clubs nationwide and massive festival stages, LP Giobbi is taking over dance floors the world over.

Mixing her background as a classically trained jazz pianist -- she studied it at UC Berkeley -- with her first love of piano house, LP Giobbi crafts genre-defying dance music. On any given track, she can transform thumping house melodies into rapid-fire jungle rhythms, always keeping her signature songwriting skills and laser-cut production prowess at the core.

In November 2019, LP Giobbi teamed up with Thrive Music to release "Jungle Queen", the first installment in a series of forthcoming singles she's releasing on the trendsetting dance label throughout 2020. The track sees the producer linking with Baltimore club queen TT The Artist on a "vibrant single" ( Billboard ) that pulses with a frenetic tribal bassline and a beat that "never slows down" ( Refinery29 ). Later in December 2019, LP Giobbi closed out the year with the driving techno-funk cut "Angel", a collaboration with NYC alt-dance duo Crush Club, which was featured as the lead single off the celebrated Workout Series compilation from Club Sweat, a sublabel of Australian tastemaker imprint Sweat It Out! In January 2020, LP Giobbi returned to Thrive Music with "Gas Me Up," featuring regular collaborator hermixalot, a raw and empowering bass-laced track that spotlights the producer's otherworldly piano skills.

Beyond her innovative music and art, LP Giobbi is a multifaceted entrepreneur and bona fide industry executive. As the North American Music Director for W Hotels, she curates music and events for the luxury hotel chain's various properties across the continent.

On the musical front, LP Giobbi is a co-owner of Animal Talk, the artist collective she co-founded with GRAMMY-nominated electronic duo SOFI TUKKER. Part publishing company (a joint venture with Third Side Music), part event brand and part traveling party, Animal Talk is at the forefront of emerging electronic scenes and sounds around the globe, with rising artists like BOII and LP Giobbi herself. The Animal Talk events have since become a go-to clubbing destination, a celebration of love and life where partygoers revel in a unique dance-floor-turned-neon-jungle where everyone is dressed in glowing animal masks.

An ardent feminist and an advocate for gender equality, LP Giobbi is also the founder of FEMME HOUSE , an educational platform created to address the lack of representation and equity in electronic music by empowering womxn to learn the language of the studio. Launched at Moogfest 2019, FEMME HOUSE leverages her extensive network of artists to lead immersive workshops, which cover practical recording skills and studio production techniques like MIDI and vocal-based production and songwriting. FEMME HOUSE has partnered with and has been sponsored by international music brands and manufacturers like Roland, Moog, Dolby, Ableton, and Native Instruments for their studio and production sessions.

As a performer, LP Giobbi is an unstoppable force on the stage. Armed with a host of instruments, including a piano, synth bass and drum machine, she mixes live elements into her high-energy sets. Recognized early in her career as an artist who can command big festival stages as well as sweaty club dance floors, she's already delivered next-level performances at marquee events like Coachella, Burning Man, HARD Summer, MTV's SnowGlobe, Moogfest, North Coast Music Festival, Art Basel and 4xFAR. Her groundbreaking shows have won her the attention and support of leading artists like Diplo, Madeon, Galantis, Jax Jones, SOFI TUKKER and Hotel Garuda, who’ve personally invited her on tour and to share the stage at premier venues like Shrine Expo Hall in Los Angeles and Brooklyn Mirage in NYC.