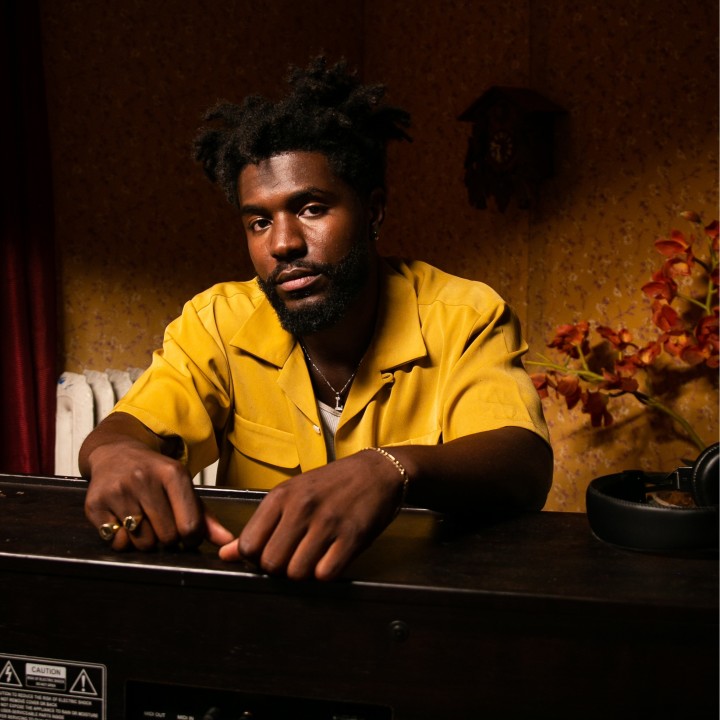 Growing up with the name “Love” wasn’t easy for the Montreal-born, Irvington, New Jersey-raised artist Love Mansuy. In addition to getting teased for the name in school, the word’s meaning was complicated for him by the fact that Love was raised not by his own parents, but by his aunt and grandmother. “Love” was something people around him expected him to embody but that he had never understood in a conventional way and over time, “love” would become a core theme in his music.

As a child, Love went to church with his grandmother every Sunday, where she encouraged him to learn to play the piano. By the time he was thirteen, he was officially playing keys for the church’s gospel choir, Y.O.S.A.G. youth choir, a popular group that competed and toured many of the east coast’s Haitian and black church congregations. At home, he was surrounded by and immersed in his uncle’s poetry books, and after years of performing, songwriting became a next natural step for young musician. It’s this practice that inspired him to study Bob Dylan when he went off to college in Rhode Island. When he made it to Los Angeles in the fall of 2015, Love was introduced to the iconic multi-instrumentalist Teddy Riley through a close friend, and today he considers Riley a mentor akin to family.

Making music is a spiritual experience for Love: “It’s live or die. I can’t not do it,” he says of the divine quality he attributes to his musical journey so far. A self-described team player, he treats the process of making music with respect, treating collaboration as part of a life code he says he learned through studying an idol, Samuel L. Jackson. Producers M-Phazes, Jonah Christian, Day Wave, Erick Bardales, Maths Time Joy, and RedButtonz appear on his forthcoming EP, Of Age, a stirring, sonically sprawling candid contemplation on partnership and fatherhood, and an exploration of the ways in which “love” has manifested in his life over the years. The EP kicks off with “Three Ounces,” an effortless, choir-assisted dedication to his two-year-old, Carter Love Mansuy (9 pounds, three ounces; Know you can’t count yet, but you’re the smartest one of all; the most innocent of all). “Count On You”, a smooth R&B number is Love at his most vulnerable as he examines the parameters of his relationship. The deeply emotive “Dad’s Don’t Do That” finds Love flexing vocal runs and a tone that would please fans of both serpentwithfeet and Frank Ocean. The Day Wave-produced, bass guitar-driven “KIDS” is reminiscent of Tame Impala and expands Love’s range to include dreamy bedroom pop. While Love proudly identifies as a “music dad,” a role he’s been trying to master ever since his son was born, Of Age is a heart-wrenching window into a soul struggling with the realities of bringing life into the world and committing to the process -- and a partner. The EP finds the singer-songwriter in excavation mode, digging up emotions and putting them under a sonic microscope in order to get closer to an understanding of what “love” really is.