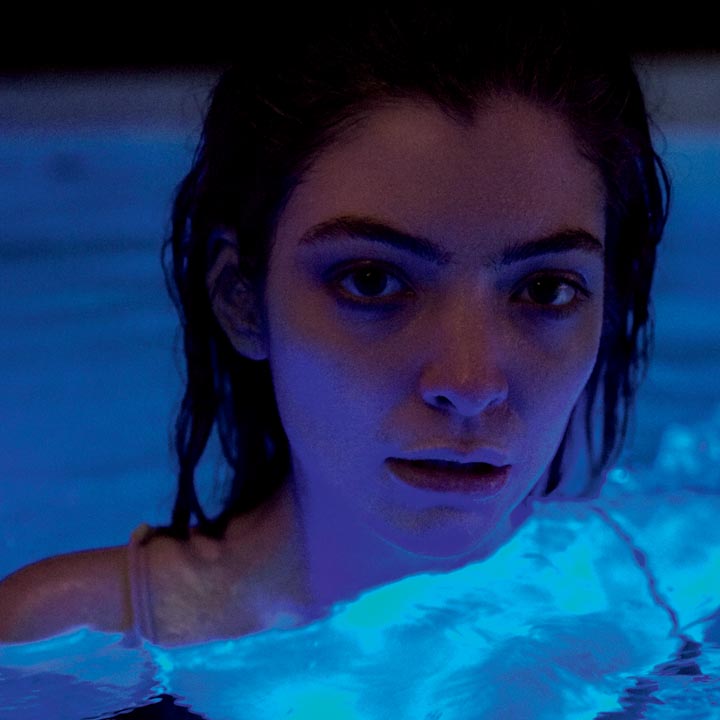 Bringing a touch of mystery, a pinch of hope and a heap of class in to a marketplace awash with brash 'show and tells,' Lorde is a genuine, gentle phenomenon. Sufficiently well schooled in the principles to take pop music apart stitch by stitch, and re-assemble it to her own specifications, Ella Yelich has turned heads, defied preconceptions and made an indelible impression across the globe with Royals, Team and Pure Heroine.

The story of how a Kiwi schoolgirl concocted her own brand of sophisticated, observational and distinctive pop music, and took it to the world, has become so ubiquitous it has almost become a cliché -- but it bears some repeating. Taken on by Universal at the tender age of 12, on the strength of an amateur video and some very good instincts, Ella spent the following years establishing and developing her craft, and finding her musical feet. When she linked up with producer and co-writer Joel Little, she found a kindred spirit and a musical catalyst, who was able to help translate her razor sharp lyrics and melodic sensibilities into something truly special.

If there were ever any doubts, they were soon dispelled as Royals and the entire Love Club EP became a viral phenomenon, first in NZ, then all over. With international deals in place even before local commercial release, the song sublimely captured the zeitgeist of 2013, and the oxymoronic nature of our celebrity fixated society. Ironically Royals would also transform her from untypical observer to unlikely contender, and celebrity in her own right, as it took a 9 week residency at the top of the Billboard charts, and achieved multi-platinum success in a multitude of territories.

The release of her, by now ravenously awaited, debut album Pure Heroine, in September 2013, added further substance to the extraordinary success -- scaling the US Top Ten, and once again amassing a veritable mountain of platinum sales around the world. From best kept secret to a decidedly different kind of international superstar in a matter of months, Ella had to decline the school ball, in favour of the likes of the Grammy's (though she still wore her school shoes) where she was awarded Best Song Of the Year and Best Pop Solo Performance, The Brits (Best International Female Solo Artist) and a swag of NZ Music Awards.

If success has changed her, it isn't showing. She remains the same straight forward, unique, smart, spirited individual, who initially insisted on sharing her songs and thoughts with the world for free -- and ended up on the cover of Rolling Stone, Billboard and Teen Vogue as a result. Going from a first show in a tiny Auckland club basement, to a sold out American tour and top slots at the likes of Coachella and Lollapalooza in little more than a year -- Ella has been subjected to the kind of attention and scrutiny that would phase even the most hardened showbiz veteran. Somehow she wears it like a natural, maintaining her integrity and never compromising her authenticity and honesty, no matter the setting.

Cut from a very different cloth to the people now ranked as her contemporaries, Lorde has carved out her own space, one where her artistry will be able to grow and develop, as she continues on with this fantastic voyage.