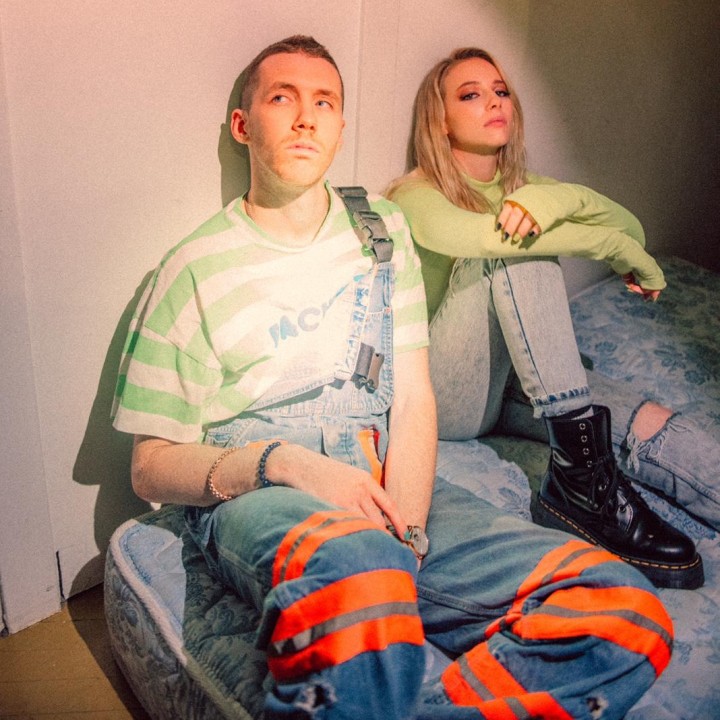 According to New York-based pop duo Loote, the best way to describe their sound is by talking about ice cream. "We're like a perfect chocolate-vanilla swirl soft serve cone," says Emma Lov, who co-writes and shares vocals with Jackson Foote. "You throw in our specific interests and they work better together."

Few pop groups would liken their synergy to a summer treat, but in Loote's case the analogy works. Emma's singer-songwriter background and Jackson's production technique come together in fresh and unexpected ways -- like two distinct flavors -- making their tracks exceptional and, well, ice cream cool.

The result is a confident sound that's sexy, energetic, and inspired by many of today's trailblazing artists. It's undoubtedly poppy, but there's a sense of craftsmanship and attention to detail apparent in all of their tracks that sets them apart.

Their first single "High Without Your Love," for example, is a stripped-down summer anthem. The minimal nature of Jackson's expertly restrained production pushes the song's intimacy to the forefront, allowing Emma's growling vocals to shine. "It's about that initial feeling of 'I need you, I can't get enough of you," she says of the lyrics. It's a sexy and catchy celebration of blinding infatuation; of the midpoint of being in love and being in lust. Jackson asserts the track was organic to write: "it took on a life of its own," he says.

That organic quality is indicative of Jackson and Emma's process more generally. The duo met in a college songwriting class when Emma was just a freshman. "It was totally random," recalls Jackson. "We got paired together for a homework assignment and the chemistry just clicked. We immediately had a good work flow."

They began writing songs together and quickly got a deal with Universal Music Publishing Group through a joint venture with SRP. From there, they immediately began working closely with other songwriters and artists in the New York music scene. "Working with other artists was eye-opening," says Emma. "It accelerated our growth as writers and helped me work on my craft."

After writing a handful of songs for other artists and producing remixes for Mike Posner, Shawn Mendes, and LANY tracks, to name a few, Jackson and Emma decided it was time to step out from behind the scenes. Now signed to iconic label Island Records, the vibrant and hard-working duo has a platform to share their collaborative efforts. They want their music to help people feel, whether it's hyping someone up as they walk down the street or giving someone the confidence to make the first move.

"We talk about things you're not supposed to talk about or don't necessarily know how to articulate," says Jackson.

"Music does that," adds Emma. "It says what people can't or don't say."