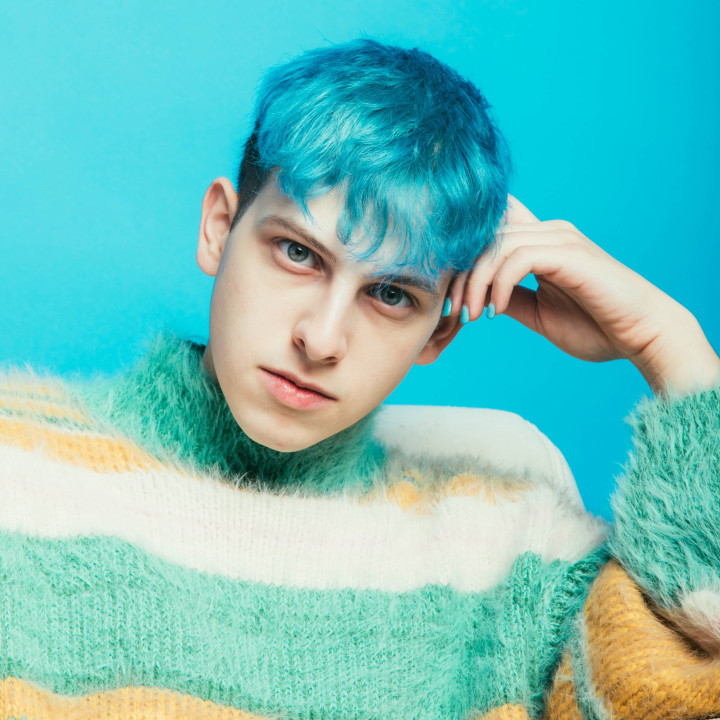 In October 2019, L.A.-based singer/songwriter lilspirit put out a self-produced single called "ugly," a stark R&B-pop song speaking the unapologetic truth about a toxic relationship. In a drastic departure from the emo-rap-leaning tracks he'd previously released, "ugly" showed off lilspirit's soulful vocals and sophisticated sense of melody (a gift partly honed through his classical training in piano). As his following grew exponentially, the 19-year-old artist soon caught the attention of Internet Money Records/10K Projects, who signed lilspirit to a record deal just a month after "ugly" premiered.

Born Geno Gitas, lilspirit grew up in the Bay Area and started playing piano as a little kid, later taking up guitar and drums. At the age of 14, he began producing his own music with the help of GarageBand and beats from YouTube, mining inspiration from the underground rappers he'd discovered on SoundCloud. Soon after dropping out of high school his sophomore year, lilspirit headed down to L.A. to live with his sister -- dark-pop singer/songwriter Ellise.

Along with producing a number of songs for Ellise, lilspirit continued working on his own material, increasingly tapping into his incredible talent for crafting melodies. "I think my brain just naturally wired for melodies, which probably has to do with having so many different kinds of music to pull from," he says. "I listen to a lot of hip-hop but I also played classical music for years, and then played jazz music on guitar. It's like I have this big bank of music in my head and I'm just drawing from it all the time."

As he sharpened his sound and embraced his pop instincts, lilspirit pushed himself to expand his range as a singer, introducing an element of raw vulnerability perfectly suited to his songwriting. The result? His debut album american spirit. Featuring notable tracks like "come home," an acoustic guitar-driven portrait of obsession and destruction and his breakout track "droptopbitch," the 14-track album was released in May 2020. Lauded by publications like office magazine and Ones to Watch who noted that the album "featured hints of his emo-rap past paired with infectious, radio-pop melodies" and that american spirit was the artist's "truest sound yet."

He followed up the success of american spirit with a feature on Internet Money's star-studded debut album B4 The Storm. The record pushed the smooth pop/R&B sound of lilspirit's "Devastated" into the limelight, listing him beside juggernauts like Swae Lee, Future, Juice WRLD, label-mate Trippie Redd and more.

For the highly prolific writer who has spent nearly every day in the studio for the last few years, his rapid progress in 2020 proved that his dedication and craftsmanship is starting to pay off in dividends. Now, in 2021, he is ready to cash in, "I just want everyone to know I'm not slowing down. I'm set on being the biggest." lilspirit is due to release his next project XYZ on XYZ, starting with the single "4ever," an anthemic and empowering pop track where lilspirit declares "this is the end of you and me 4ever'' over top a phased guitar and buzzy synth bass line.