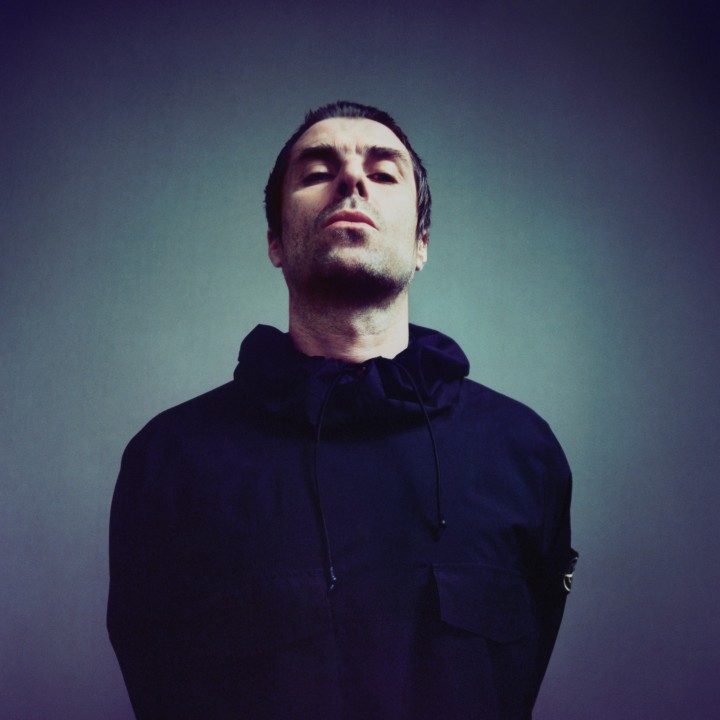 Good things come to those who wait: and so, this summer, Liam Gallagher returned with a new single, a documentary film, a Glastonbury performance, and, most importantly, a second solo album called Why Me? Why Not looming on the Autumn horizon. It looks like the rest of 2019 will be a bonanza for fans of the one-time Oasis singer. One man is very happy about that.

“I’m buzzing,” says Liam. “Buzzing to be alive, buzzing to be making tunes, raring to go. It’s nice to be back with some new music because it means I can get out there, play some gigs and give some people some stick because that is what I do. Let’s face it, it’s boring without me.”

The first notification of his return is the mammoth single "Shockwave". A beast of a riff announces it, channeling The Who and T Rex, before Liam bursts in on the incessant hook with typical venom and punch. ‘You sold me right down the river, you had to hold me back,’ he sings, ‘you could’ve looked for the sunshine, but you had to paint the whole thing black…’. You’ll be the singing the chorus for the rest of the year: “It’s coming round like a shockwave!”

Like all of Why Me? Why Not, Shockwave was written by Liam with producers Greg Kurstin and Andrew Wyatt, and recorded in Los Angeles and at RAK Studios in London. Kurstin and Wyatt also contributed writing and production to Liam’s 2017 hugely-successful first solo album in 2017, As You Were, and Liam was keen to get even deeper with them this time.

“I wrote some songs on my own for the last album, but this time it’s all co-writes,” he explains. “Reason being is I want it to be even better than As You Were. I know my strengths and I know my limitations. I’m an ok songwriter, but I’m a great singer and frontman. I want the second album to be a step-up because the hardest thing to do is to make something the same, only better. So that’s what we’ve done. It’s a better record than As You Were. Which is saying something, as that was epic, wasn’t it?”

It was. Not just a critical hit, As You Were was a breath-taking commercial smash too, debuting at number one in the UK album charts, out-selling the other nine albums in the top ten combined and hitting gold in its first week. It has since comfortably been certified platinum. “It did ok,” says Liam, modestly, “but I can’t rest on my laurels. I need to be smashing it. I want to get bigger. I want even more people to be getting into it. I want to sell out huge fields, that’s what I want. I don’t want to be playing pubs. I always want to look forward. That’s my whole thing.”

So Why Me? Why Not is subsequently a clear upgrade on As You Were, but not a radical departure, which will come as a relief to Liam’s loyal fans. “The most radical thing I can do – as if I’d ever say radical normally! – but the most radical thing I can do is do it better every time. Some other bands and singers want to try it! It’s harder than doing a new South American opera disco song, that’s for sure.”

Highlights include the soulful "One Of Us", which includes Liam’s son Gene Gallagher’s debut on bongos (“he nailed it!”), the aching balladry of "Once" (“got a bit of Pink Floyd’s 'The Wall' about it”), the raw guitar bounce of "Be Still", and the title track, "Why Me? Why Not", which Liam describes as “having a Beatles on 'Come Together' vibe.” Perhaps the most immediate song on the album is "Now That I Found You", a slice of insistent, upbeat paisley-guitar pop that also features Liam’s voice in supreme, yearning form. He’s rarely sounded better.

Before all that, though, there’s the intimate film As It Was, shot exclusively around Liam’s return to action and the successful aftermath of his solo debut. “I keep telling people it’s not Star Wars,” he jokes. “But it’s got some good bits and hopefully people will enjoy it. I want it out now, I want people to get into it and then we can move on to the new gear. Because that’s what I’m thinking about. That’s *all* I’m thinking about.”

Liam Gallagher: both eyes firmly fixed on the horizon, as ever. Because he knows, the best is still come.