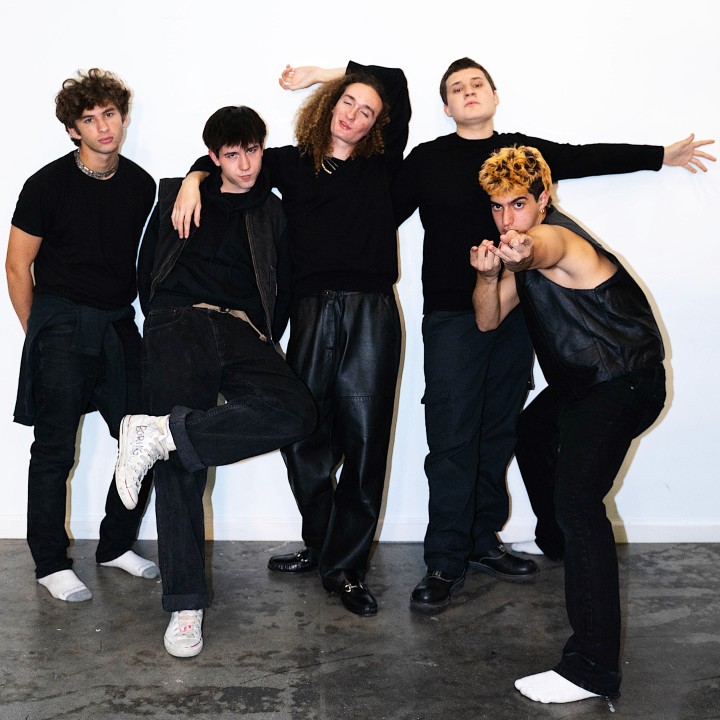 LAUNDRY DAY is a five-piece band from New York City made up of Etai Abramovich, Henry Pearl (hp), Henry Weingartner, Jude Ciulla, and Sawyer Nunes. Since forming in their freshman year of high school in 2017, the boys have written and produced 3 full-length albums and 2 EPs, including their latest release, LIGHT UP SHOES 2. Drawing inspiration from a wide range of genres -- including pop, jazz, and alternative rock -- the boys have created their own inventive style and captivated their fans with their energy onstage. In 2019, LAUNDRY DAY traveled two headlining tours across North America, played Austin City Limits and Camp Flog Gnaw, and supported The 1975 in the US and Clairo in Europe.