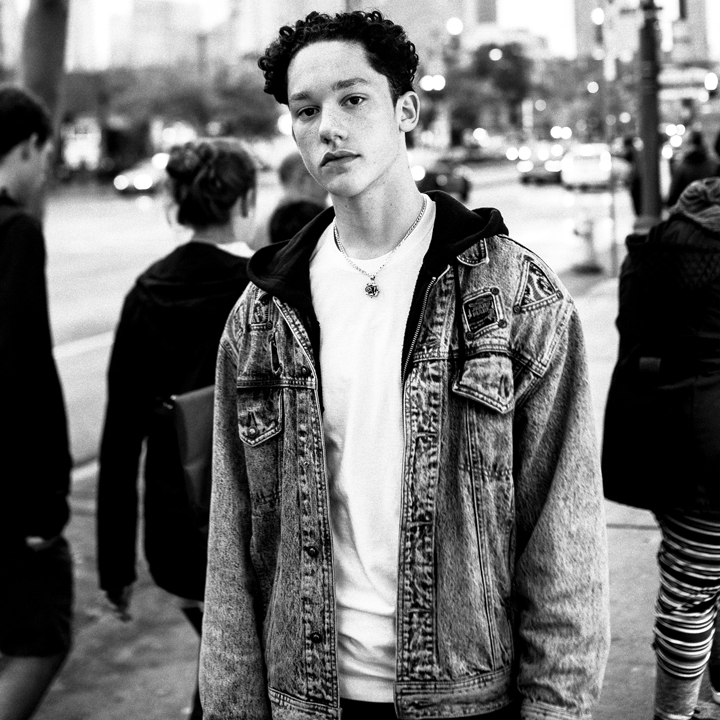 The vibrancy of the Kensington Market neighbourhood is the creative backdrop behind new Toronto artist, Langston Francis. Pulling inspiration from all of the multifaceted music and cultures this community has to offer, Langston grew up in a world of hip hop, electronica and jazz, vintage boutiques and art spaces -- all influences that have helped shape his creativity: "I feel expression shows itself in all aspects of art, and even music is a very visual experience."

Langston's artistic drive propelled him to learn multiple instruments (including guitar and piano) and while he's a skilled performer, it's in the studio where Langston feels most at home. He honed his distinct voice and prolific songwriting there, playing with pitches and chord progressions at whim, and creating his unique aural footprint.

Langston has infused this artistic style into his debut single "FCKD IT UP." A hypnotic mix of ethereal synth, electronica and bass-heavy beats, it reflects Langston's roots and the pulsing soundscape of the city he calls home. On "FCKD IT UP," Langston gives some sonic nods to his neighborhood heroes: artists such as rapper SAFE, hip hop impresario Jimmy Prime and neo soul newcomer Ramriddlz. "Unlike many of the artists I listened to in Toronto, Ramriddlz was able to create tracks that still banged, but he did it over dreamy, pop-flavoured beats." Beyond the borders of The Six, Francis also draws from rule-breakers such as Kanye West, pop singer Billie Eilish and R&B singer Corbin.

Taking inspiration from all aspects of the art world, Langston can often be found with a camera in hand creating and expressing his artistic vision through film. "What I do with the camera connects with what I do with my mic," he says, "I want to capture all the cool stuff that people aren't seeing or hearing and put it into a song or an image."

On "FCKD IT UP," the lyrics -- which sound like an internal dialogue -- tackle the doubts so many of us have about forming a committed relationship. As the title itself suggests, Langston -- much like his musical heroes -- is not a fan of playing it safe. "By not following any kind of plan," says Langston, "I let my instincts help me say what I want to say without thinking about what's out there or any category my music is supposed to be in."