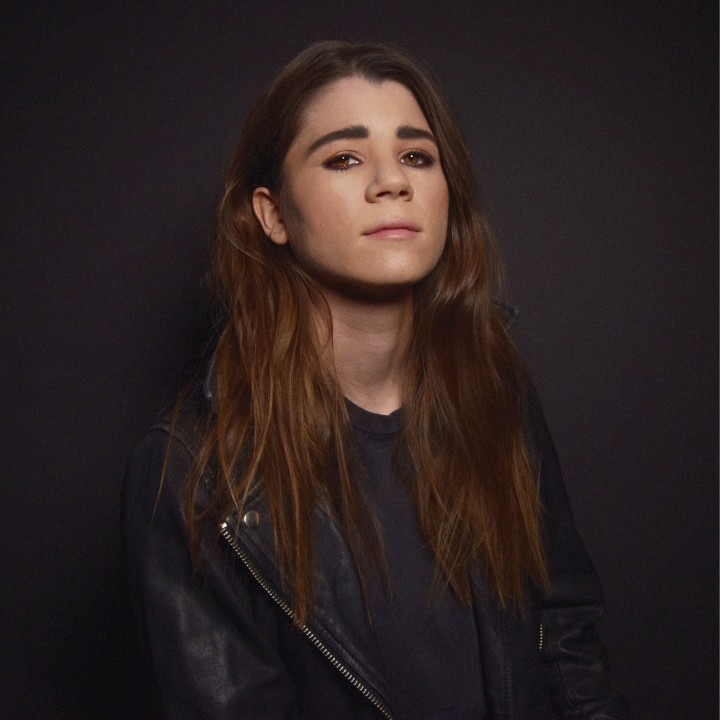 Lady Lamb – Even in the Tremor

“I’m always teetering on the edge of self-sabotage,” says Aly Spaltro aka Lady Lamb. “The whole idea of this new album is the push and pull between calmness and chaos, joy and anxiety, self-loathing and self-love.” Nowhere on Even in the Tremor is that more clear than the title track, an ecstatic panic attack unspooling with all the far-flung places Spaltro has visited throughout the course of her writing process, including Berlin, Montreal, Frank Lloyd Wright’s Fallingwater house in Pennsylvania and Nicaragua’s Masaya volcano, a touchstone visual for Spaltro in her conception of this latest project. “The past will kill the present / if I let it,” the singer repeats like an anxious dance party mantra for romantics and overthinkers alike.

Even in the Tremor marks Spaltro’s latest full-length LP following 2015’s After and it’s a remarkable achievement because, among other things, it’s the first time in her career that Spaltro is singing explicitly about herself. “I’ve never let myself be this exposed before,” she says, “but this whole album is about facing who you are and fighting your way toward self-acceptance.” Between confessing a tantrum in a batting cage (“Little Flaws”), telling the story of her parent’s kiddie-pool baptism (“Young Disciple”) and singing openly about untangling her girlfriend’s wet hair (“Deep Love”), Even in the Tremor is deeply rooted in the people and places, extraordinary and mundane, that have shaped Spaltro into the self-determining artist she is today.

Spaltro’s relentless search for meaning informs not only her creative process but also the content of the album itself. “I’ve become obsessed with trying to understand what we’re here for,” she says. “That desire to understand weaves through all my songs.” This becomes clear on “Strange Maneuvers,” a Motown-inspired freak-out song recorded live in the studio for extra impact. “I don’t want to be afraid of myself anymore,” the singer roars, and it’s like she’s exorcising her demons through a jangly pop beat.

“Deep Love” is a resounding reflection on love, touching on family, intimacy and neighborhood. A late addition to the album, it was the song that threw the whole record into focus. “I had just gone into Manhattan and I felt like an alien seeing all the workers on their lunch break. When I got home I looked out the window and I started singing the first line, ‘I’m not convinced we should strive for Midtown’ and by the time I got to the verse about finding a faded photo of my mom I was crying and that’s when I knew the album was done.” The song begins humbly with an acoustic guitar and swells into a jubilant and soul-baring tribute to the love that connects us all.

It took Spaltro almost a year to find the right co-producer. She initially attempted to make the record with an esteemed producer, as she’d been advised, but after being told that her arrangements needed rewriting by various veterans in the industry, Spaltro bravely changed direction and found a champion of her vision in Erin Tonkon, a less established producer whose six years working with Tony Visconti and later, David Bowie on his Grammy-winning Blackstar, made her more than qualified for the role.

Tonkon and Spaltro instantly bonded over certain hardships they had each faced in the music industry. “Women who work in the production side of music are not taken seriously,” Spaltro recalls. “We wanted to work toward changing that.”

Known for her keen observations of others, Spaltro now turns her multifaceted ruminations inward; She calls out from dreams, peers into churches, has fits of rage, and struggles to get out of her head long enough to love herself and those around her. “It’s taken me years to get here,” she says, “but I’m done with hiding myself. I want to be as honest as I can because that’s why people turn to art. Anybody can tell the difference between bullshit and real vulnerability.” This commitment to creating only what is necessary and urgently felt is the key to appreciating Spaltro's fearless songwriting, as emotional as it is philosophical. Even in the Tremor signifies the arrival of her most sonically soaring and brutally honest album to date.