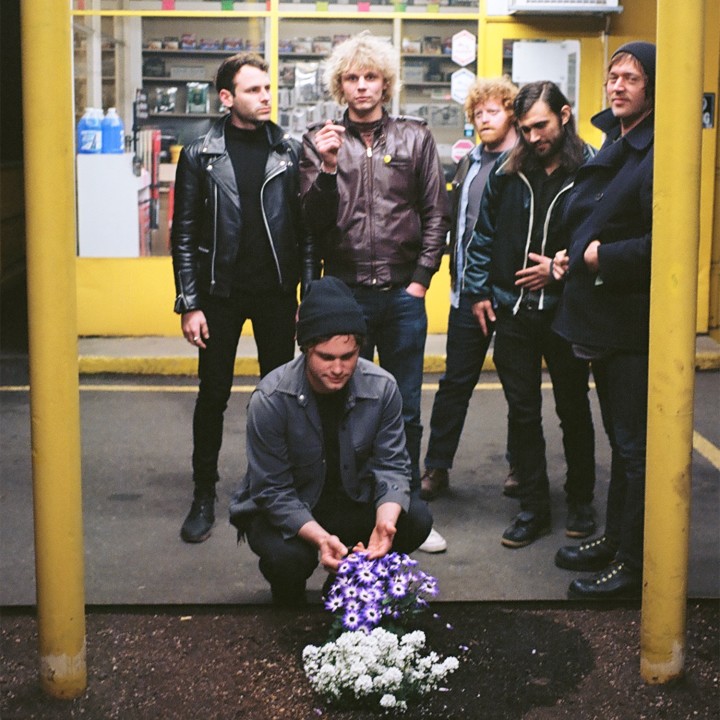 Fate was smiling upon Sub Pop the day Kyle Craft arrived at the Seattle offices. Fate was smiling upon Sub Pop, not Kyle Craft. Kyle Craft just happened to be there. Now at the age of 28, the Louisiana-originating troubadour is a little wiser to things, but back then he only knew Sub Pop for its links with Nirvana and as the home of Beach House and Fleet Foxes. He's really not sure that he ever thought of a so-called 'career in music'. “The whole music thing has been a really strange cinematic sort of journey for me,” he laughs affably. “None of it really makes sense on paper.”

On paper, he was the grandson of a bluegrass player who spent a childhood in Louisiana going to Baptist church and sneaking into the choir room to play with the piano. “The piano was this little weird magic box,” he says. “It was a toy for me at the time.” His mother bought him a guitar on the sworn oath by Craft that he'd get lessons. He soon broke his promise. One lesson in and he hated learning, but he made a pact with his mom that he would teach himself. So he did. He would learn all his inspirations' catalogues: David Bowie, Bob Dylan, The Beatles. He discovered Bowie by “pure luck” while watching 'Labyrinth' on TV and falling head over heels for the soundtrack. Getting to Dylan was when everything changed for him, though. “When I was 14 I was into Aerosmith. Steven Tyler was into John Lennon. So I heard Lennon before I heard The Beatles. I read that Lennon was into this Bob Dylan guy and when I heard him I thought: 'Oh that's my guy.'” And just like that, he started writing his own material.

Eventually Craft grew restless in Louisiana and as the wind changed he upped sticks and went to Austin, Texas. “I wouldn't have the wanderlust mentality if it weren't for music. The music taught me how to travel, you know?” he says. He formed a band with his then girlfriend and his best friend. “‘We decided to go on tour! However, It was way more of a road trip than a tour. We were pretty ambitious with it even though we didn't know what we were doing. We went all the way to Seattle.” The girlfriend suggested bringing a demo into Sub Pop. Craft was very against that idea. With his thick Louisiana accent, and having read Sub Pop's extremely harsh online demo policy (“it was something like: you can send your trash here but we probably won't listen to it',” recalls Craft), he refused to do it. His bandmates, however, twisted his arm. They'd come all this way, after all.

Even once outside the building, Craft wanted to turn back but then – a divine intervention. “As we were turning around this little old man walked up to the door, didn't look at us, and put a code in to unlock it, then turned around and made the hand motion of 'come on in'.” They took the elevator to Sub Pop's floor, the woman at the reception gave them a “who the hell are you?” look. “We walked up and said, 'Hey we're in a band from Louisiana, here's our CD. Bye!' and took off. They called us a month later and I've been in touch with them since.” The band broke up, Craft went solo, and it's the best thing he ever did.

Kyle Craft released Dolls of Highland, his acclaimed debut album for Sub Pop, in 2016. Based in Portland, he serves up all the observational, storytelling talent with none of the attitude that so often comes with male singer-songwriter territory. His pursuits always originate with fun. “I’m really just into that '60s folk rock stuff. That’s where my heart is.” Even when asked about his latest ambitious project Girl Crazy– a covers compilation of female artists he loves, including Cher, TLC, Sharon Van Etten and Patsy Cline– Craft says,  “It was absolutely for kicks, initially.”

He was hanging around his practice space in Portland and wanted to record a Jenny Lewis song. He did it in a day. Then he did another, this time by Patti Smith. He’d spend the next month recording a full album of covers of female artists for fun. “I've never challenged myself like that before.” Sub Pop released the 10-track set in late 2017.

It's this same attitude that Craft  takes into his proper songwriting. He has the advantage of being very self-assured. “I know what I am,” he says. “I've found my place. I'm not one of those people that approaches music for anyone else other than myself. It's a very selfish thing but that means a lot to people because they apply that delivery to their own life. My favorite part about music is when it's just me and a notebook.”

Speaking of, his second forthcoming album Full Circle Nightmare (due in 2018) is entirely autobiographical. Sonically, thematically, lyrically, it's a huge leap forward from his 2016 release.

The title Full Circle Nightmare refers to a moment where Craft saw his life for what it is and told himself to be satisfied. He describes his debut record as: “like walking down this long hall of bizarre characters and surreal experiences, moving through the spider web of love and loss.” This album is when you get to the end of that hallway, turn around and see all the stuff you've been through, then walk through the door, close it and start a new chapter in an even crazier hallway. “It feels like closure to me in a lot of ways,” he says.

A straight-up rollicking rock'n'roll album, it traverses all the different nuances of the genre; from the bluegrass twang of 'Exile Rag,’ to the gothic style of 'Gold Calf Moan,’ it's a timeless piece that could exist in any of the past five decades. All the songs were written over a year, and eventually Craft went into a studio with Chris Funk (The Decemberists). It was the first time he worked with a proper set-up. He was used to making all his music in his room with the aid of a laptop. “I always wanted to go to a legitimate studio and do what my all my old heroes did,” he says. “We did it live with the band.” The joy of the experience smacks you round the head when you listen through. It evokes a never-ending night out in a sweaty saloon bar: bottomless rounds, endless packs of cigarettes and hours dancing to the jukebox.

“I wanted to get to the raw part of what I dig about old music,” he says. “It's real and it's not overdone. I seldom listen to things that are super polished. I like to hear things bleed. I wanna hear the heart in it. I think I achieved that with this record more than anything I've done.” His personal favorite song on this collection is 'Fever Dream Girl,’ which blasts the album open. It's definitely the hardest of all the tracks. “I like the idea of just kicking the door down from the front,” he says. His proudest moment, however, is 'The Rager.’ That's a far more mellow tune, one that captured a picture he'd painted perfectly in his head.

In terms of contemporary peers, Craft likes to stay in his own lane. He sticks to his tried and tested guns when it comes to his influences. He's not fussed about preaching his politics or discussing the status quo either. “I'm a very off-the-grid sort of person. As much as I am traveling across this giant place sometimes I just feel so outside of it. Also, I'm not necessarily a stand-up citizen so it's hard for me to say: here's Kyle Craft's America, ladies and gentlemen. I don't wanna do that.”

The ironic thing is, Full Circle Nightmare sounds exactly like Kyle Craft's America. That is what he's built for us: the story of one man's trials and tribulations to find his passion and voice for art and creativity in this vast opportunist country. Where did he find it? Among the historic riches of America's most honest sounds.