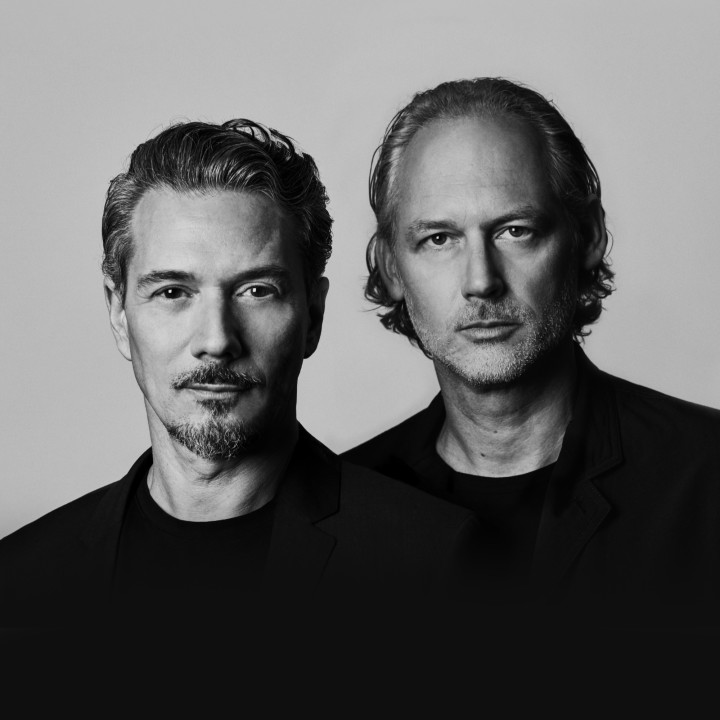 Kruder & Dorfmeister’s story is not just a story of refusal and renunciation. As the two started making music together in the early 1990s, there was hardly anything that the two didn’t do “wrong”, and therefore, exactly right.

At the time, Vienna was a metropolis of the aspiring techno movement and was active, during the initial heyday of the revolutionary style. But the two gentlemen, K&D, rather followed the tradition of the continental cosmic  “dancefloor” of the 1980s, which searched for a universal language of dance music, influenced by hip hop, rare groove, dub, new wave and last but not least, of music that stood out  between all those categories.

As the first post-acid jazz productions of labels like Ninja Tune or Mo Wax heralded a new era, Kruder & Dorfmeister were already a step ahead of those protagonists. The sound of K&D’s groundbreaking debut “G-Stoned”, already apparently influenced by the elegiac arrangements of productions from the 1960s and 1970s of Afro-jazz and Pink Floyd, made many top producers begin scratching the backs of their heads, asking themselves who could have generated such an organically-flowing, complex yet subtle sound with only two Akai samplers, a Roland Space Delay and a dusty mixer.

Offers came pouring in like heavy rainfall in a mid summers day, but the two stubborn gentlemen didn’t play along: after the success of their DJ-Kicks and Sessions CDs, which sold millions worldwide, they turned down most of them.

K&D always enjoyed not following advice and abandoned all of the enticing major offers, all of the promises of full-speed marketing machinery. Instead, they provided musician friends with distribution on their G-Stone label, hung out in the studio and put together follow-up projects, like Dorfmeister & Huber’s Tosca or Kruder’s Peace Orchestra.

Whoever heard the two DJing at the time, noticed that the cliché of smokey time-loop jazz had long been left behind and gave way to their own spirit of research. Besides excursions to drum & bass and sub-genres, such as broken beat, straight 4/4 rhythms crept into their sets and roughened up the eternal Balearic sunset.

To this day the two still maintain an open concept, influenced by a wide-ranging taste in music and their ability to hear music, to feel and to be able to realize their musical conceptions. Kruder & Dorfmeister’s career can, therefore, be more closely compared to that of major role model, Brian Eno, whose work, from Roxy Music or My Life in the Bush of Ghosts, to his productions with David Bowie and his Music for Airports, was similarly influenced by an all-embodying, perpetually visionary and never shortsighted understanding of music.

Since the beginning, the goal was to produce a very personalized sound, in which satisfying guidelines of genre was secondary. Peter Kruder ultimately proved that with his productions of DJ Hell’s celebrated Teufelswerk and Zukunftsmusik albums or Marsmobil’s chart topping Fairytales Of The Supersurvivor or the wonderful releases under his own name for Compost, Macro and Gigolo Records. Even Dorfmeister’s Tosca ceaselessly minimalist, almost dadaist tonal studies clearly point in that direction as his collaborations on the acclaimed The Exchange album.

So the two are happiest when people take their music and their DJ sets for what they are: odes to hearing, feeling, sensing music and tonal language, which does not function like the many spoken languages of the world, but rather as body language: universal, global, unifying.