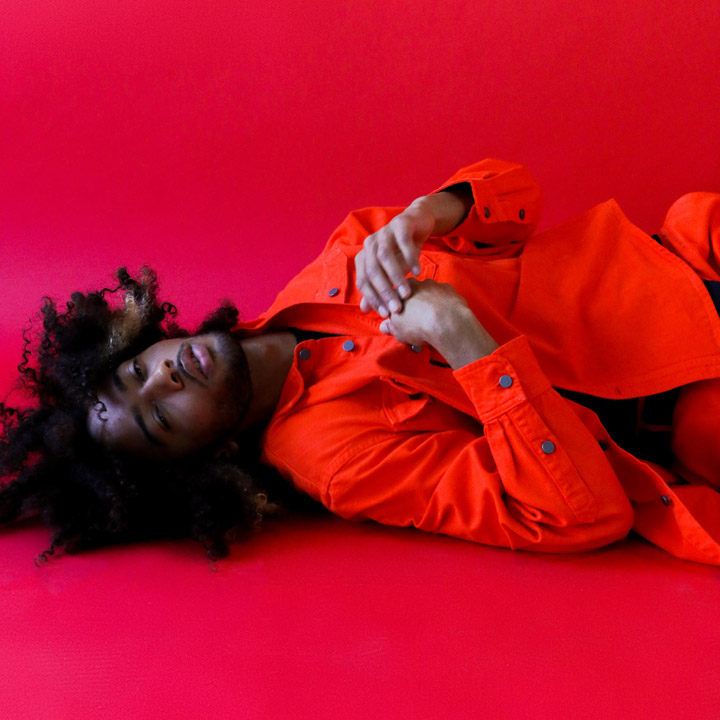 When Kossisko first burst onto the scene as 100s -- a slick-talking, perm-wearing rapper in the lineage of Too $hort and Snoop Dogg -- his charisma was immediately captivating. The pimp rapper pesona, and the '70s-inspired aesthetic, that the Berkeley-born artist refined on 2012's Ice Cold Perm and 2014's IVRY earned him a cult fan base that clung to his every gamed-laced word. But, in the midst of this success, he began to feel boxed in and disconnected from the role he'd created. "I hit a ceiling and I couldn't express myself how I wanted to," he says now. "I didn't want to be playing a character."

In 2015, Kossisko set out on a divergent course, adopting his given first name as his moniker and exploring other influences that ranged from Prince to Marilyn Manson. "I never say never but I didn't think I was ever going to rap again," he remembers. "You burn out on that and it's like, 'Now what?' There's so many other aspects of yourself that you've never explored or ever felt comfortable enough to explore." His early work as Kossisko were trial-and-error experiments from an artist still processing where he'd been and where he wanted to go.

A creative breakthrough came when he met his producer Cole MGN, a fellow Bay Area native who previously worked with Beck, Ariel Pink, Dam-Funk, and more. They began searching for the best way to bring together all of Kossisko's disparate musical stylings into a mixture that felt true to the highs and the lows, the ego and the vulnerability, that he'd been trying to set to music. For the 25-year-old, that meant a return to rapping. "Rediscovering how I would even rap again and approach some of these subjects was a big ass hurdle," Kossisko says. "It was therapeutic to get to that point."

The result of their work over the past two years is Low, a collection of songs that show both the depths of Kossisko's psyche and the commanding range of his vocal abilities. More than anything, the project feels like a natural combination of everything that got him to this point, all his influences and inclinations shining through to create something completely his own. "It took awhile for me to figure out how to incorporate all the parts of myself" he says. "I don't feel like I had to filter anything. It's just me and where I'm at right now."