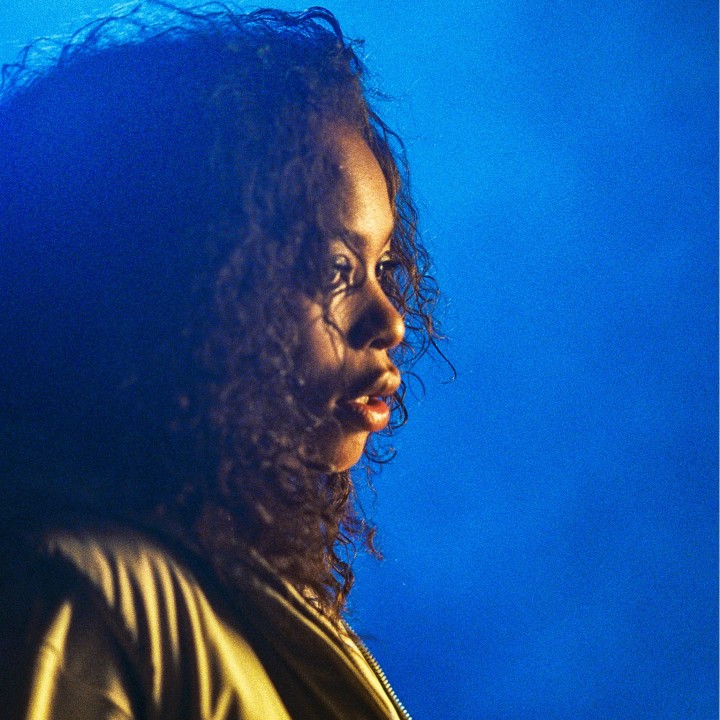 Kodie Shane is coming into full bloom. Over the past few years, the Atlanta-based visionary has catapulted into mainstream consciousness as an artistic prodigy, stirring elements of hip-hop, R&B and pop into turn-up and wind-down anthems exploring the range of human emotion. In that time, the 21-year-old has quickly become a singular voice in music, diving into the intricacies of vulnerability and queer love and balancing it with meditations on fame, success and materialism, all filtered through a grounded, and oftentimes toughened, perspective.

“Personally, I’m so different, and there aren't a lot of people like me,” explains Shane, born Kodie Williams. “I don't need all the extras. I think that's important, not to only show the youth the glitz and the glamour and diamonds and everything else, but to show them that you don't need all the extras to be what they call great. I feel like just being myself in general is Great.”

Fans have gotten a substantial taste of that spirit since 2016, when she debuted with the trap-inflected “Sad” featuring Lil Yachty, a breakout that paved the way from a string of blog-buzzing EPs to her first full-length, 2018’s Young HeartThrob. The critically-heralded album, praised by Pitchfork, The New York Times and The New Yorker, tightened her songwriting approach, settling into a groove that valued vibe over turn-up. It cemented Shane as a creative with duality, able to build a bridge between the club and the diary without losing the core aesthetic.

In addition to bringing her growing catalog on the road with artists including Billie Eilish, Juice WRLD, Lil Yachty and Lil Uzi Vert, Shane diversified her portfolio with major brand partnerships -- she previously inked deals with Journeys, Shay Moisturizer and Reebok/Urban Outfitters -- by becoming the face of Sprite’s re-brand last year and the subject of a Red Bull documentary around her album release. This year, she’s expanding her horizons with the release of Blooming, a pair of six-song EPs that stretches the atmospheric scope of Young HeartThrob as well as the perspective. “I just turned 21 and I'm really blooming into the person I'm going to be for the rest of my life,” explains Shane. “Really figuring out what I like and don't like, who I am all the way. I think that me as a person, there's a harder side but there's a very huge soft and emotional piece. I feel like that’s injected into my music, and it translates well.”

Shane introduced Blooming Vol. 1 with the release of “No Rap Kap” featuring Trippie Redd in Jan. 2020, quickly racking up millions of streams. The EP diversifies the trap palette of the single, from the moody “Not Tonight” to the flossing “2 Many,” a percolating single driven by melody and the frivolity of falling in love too fast. Blooming Vol. 2 has the same vision, incorporating rock elements into “So High” and making sense of the world around her on “We Could Be Heroes,” reflecting, “I been thinkin’ ‘bout my soul, do I gotta sell it just to blow? Do you gotta show your ass just to get on?”

Those who have been keyed into Shane’s artistic growth over the past few years can trace her evolution back to her pedigree. Born in Atlanta and raised in Chicago, she came of age in a musical family: her father was a member of Detroit’s Rick, Ran and Dan; her aunt is R&B singer Cherrelle; and her sister Brandi, one of seven, was a member of popular ‘90s Pop&B group Blaque. Shane signed to Epic Records when she was 16 years old, and built her initial foundation as a musician as a member of Lil Yachty’s Sailing Crew. But it quickly became clear that her oversized persona couldn’t be contained in a group, and she broke out on her own, becoming one of the most promising young talents in music with co-signs from everyone from The Fader and Complex to Teen Vogue and Paper.

Now, with tens of millions of streams to her name, Shane is poised to make 2020 her biggest year yet. Currently on tour with Trippie Redd, she’s got her sights set on her official sophomore album, ready as ever to touch as many listeners with her artistry as possible. “For me, I feel like like I want them to take away something,” she says. “Feel happy, feel sad. Feel inspired. That's how I feel about all my music, because things are so hollow. I just want you to feel something, and don't be scared to feel it.”