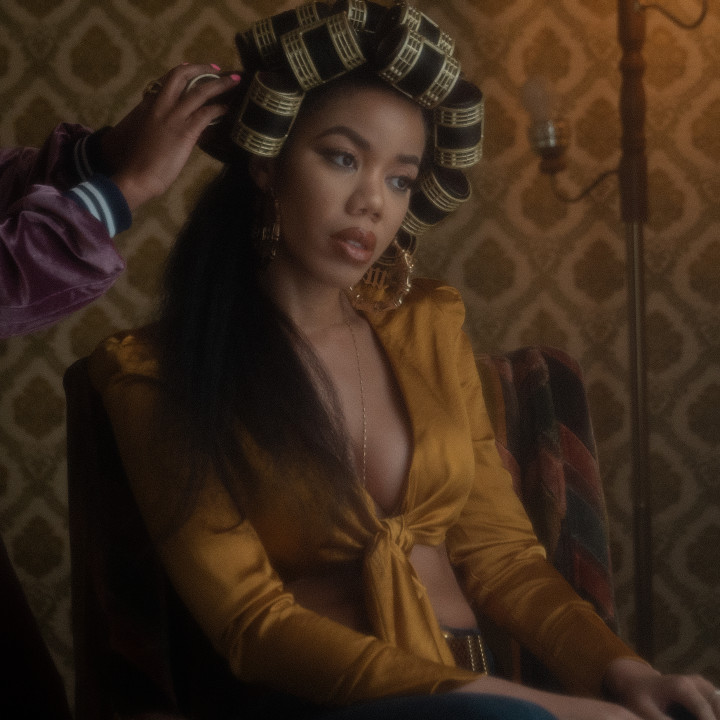 There's something special about Kirby Lauryen. Born in Memphis, Tn and bred upon Missisippi soil, Kirby quickly found her niche in the sounds of Otis Redding, Gladys Knight, and Isaac Hayes. Like many Soul singers the stage often known, as the choir stand was her first encounter with glory. Yes, she's been singing since the age of 0 and yes she hopes to one day be your vocalist of choice. But neither of these things differentiates her from the typical "soul singer," so what's so special about Kirby? Like religion, genres, language, & law words separate the genius from the average, the Christian from the Muslim, and law from opinion; and in this case the singer from singer-songwriter.

Kirby Lauryen is an artist, but most importantly, a storyteller.

The Berklee College of Music self- declared graduate, traded her college dreams for broomsticks & minimum wage jobs and moved to Atlanta for a year to pursue bright lights, and a record deal; only to find light bills, and not-so friendly notes from college buddy Sallie Mae. "It was a struggle, I came back home with no record deal, a few connections and a lot of lessons. I realized I knew everything about dreams and nothing about life."

A pity party and wake up call later, doors began to open up for Miss Lauryen. She won Budweiser's' Battle for the Crown contest and opened up for Anthony Hamilton KEM and more. Soon after she was crowned Memphis' Next Great Soul Singer by legendary radio station WDIA Memphis. She even gathered praise from Academy award winner Jennifer Hudson on her first YouTube cover video, "Where You At."

Currently embarking upon "A Song A Day" journey, where she writes a new song daily and posts via YouTube, Kirby Lauryen has branded her own unique sound. "It's Soul meets country," she says. "It's Soultry. My goal is to make Soul Music cool again, 13 year olds & 17 year olds singing stories instead of fragments. I want to be heard at the baby shower, at your grandparents 50th anniversary, and on the radio! You can't put a time or color on a good storyline, and that's what I plan to deliver."