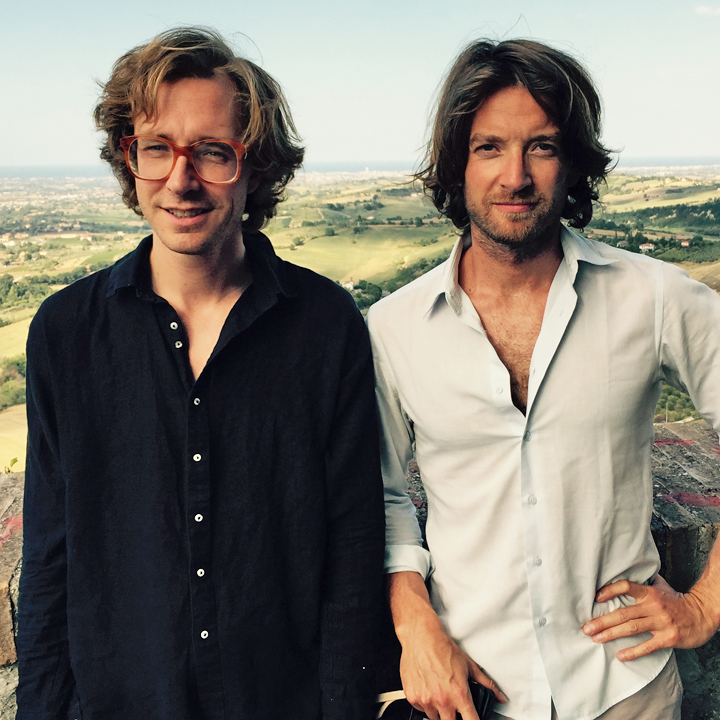 "The album title?" says Erlend. "It's obviously about me and Eirik. We want to give the idea of dependence a better name. Independence has been the thing for hundreds of years, but being dependent on someone is good. All the freedom we have enjoyed in the last few decades has left us with almost too many options. What we do together is very important for both of us – this is the most accomplished thing we both do. Dependence trims down life's endless opportunities. When you're in your 30s you want to make decisions that are set in stone. You want to accept how – and who – you are." Kings of Convenience's third album, Declaration of Dependence, is a wonderful record for a lot of reasons. For one, Eirik Boe is equally comfortable talking about the record's "serious ideas" and laughing about its' "hi-brow Bossa Nova" moments while his partner Erlend Oye is clearly thrilled by making, "the most rhythmical pop record ever that features no percussion or drums." For another, there is no one who makes records like they do. "When we started out we were afraid of sounding like other artists," Erlend says. "But now we feel pretty much alone." But the most striking thing about this album is how powerfully it reminds you that making music together is not a game, it's not something to be undertaken lightly, this record is part of a much larger picture, a long and involved relationship that has had its good and bad times. To be able to make music this emotionally open you have to be ready to lay a lot of yourself on the line and you have to develop the ability to be brutally honest about your own ideas. Declaration of Dependence sees Kings of Convenience – a pair of very different people, both with a highly developed sense of how to do things – grasp the power they have together. More than that, it finds them admitting how much they need each other to make the music they really want to make. Honesty like this doesn't happen very often on pop music. "We are opposites in many ways," Eirik says. "There is a lot of conflict, a lot of different interests, but we have argued so much over the last few years that now we finally know how to deal with each other." As beautiful as you would expect – and songs like "Second to Numb", "Rule My World" and "24-25" are as perfectly realized as anything they've ever written – Declaration of Dependence also marks the beginning of a new era for the duo. The record began to take shape in February 2007 when they met up on the same beach in Mexico that is pictured on the album's cover. The pair came together to play a concert in the city the following month, the first time they had appeared together in more than two years. They shared a feeling that there was another record to be made. "Really," says Eirik "We had no choice." "Go easy on me, I can't help what I'm doing..." Renegade Eirik and Erlend are both living in Bergen again, Erlend having moved home after spending five years living in Berlin ("I wanted to be somewhere I could walk and walk and walk," he says of his adopted home now. "I wanted to lose myself in a beautiful city."). "There is a lot of creative pain when we come together," Erlend says. "The least enthusiastic person of everyone we know is always each other. We always want the other person to come up with a new idea and that new idea must be ground-breaking!" "The way we work," Eirik says, "things naturally move very slowly. The processes we go through are very thorough, what that means is all the songs we end up with have survived the machinery of criticism that we present to each other. You need to be able to let go, to kill your darlings, but it never stops hurting." "We have become very egalitarian," Erlend says. "When we started out Eirik was the definite lead singer, but now we're equal partners. We've opened up a new palette of sounds." "OK, I get it, OK, I see, you feel vulnerable around me..." Mrs Cold So Declaration of Dependence is the story of two people living two very different lives sensing that they are immensely more powerful together than apart. In that sense it is the most adult, the most mature record Kings of Convenience have ever made. That it is their most gripping, their most revealing is, if anything, just a by-product of that honesty and their endeavor. "Erlend is a very stubborn individual with extreme belief in his own ideas," says Eirik of his partner. "He's very free and creative and his access to unusual and fresh ideas is very good. I find that quite unique. For some reason they are very similar to my ideas on music - we like the same unusualness." "Eirik's torn between several ideals of what a good life is," Erlend says. "He wants stability in his life, but he doesn't want to give up the adventure. I've been very positive towards an adventurous lifestyle – being spontaneous. But because of my fondness for that he's gone very stable. We like to take the opposite stance from each other. I think he envies the fact that I still haven't really grown up – I'm still free. But I envy his stability. He has a beautiful girlfriend and a beautiful child. And I tell you that child is our future drummer. He'll provide our new direction!"