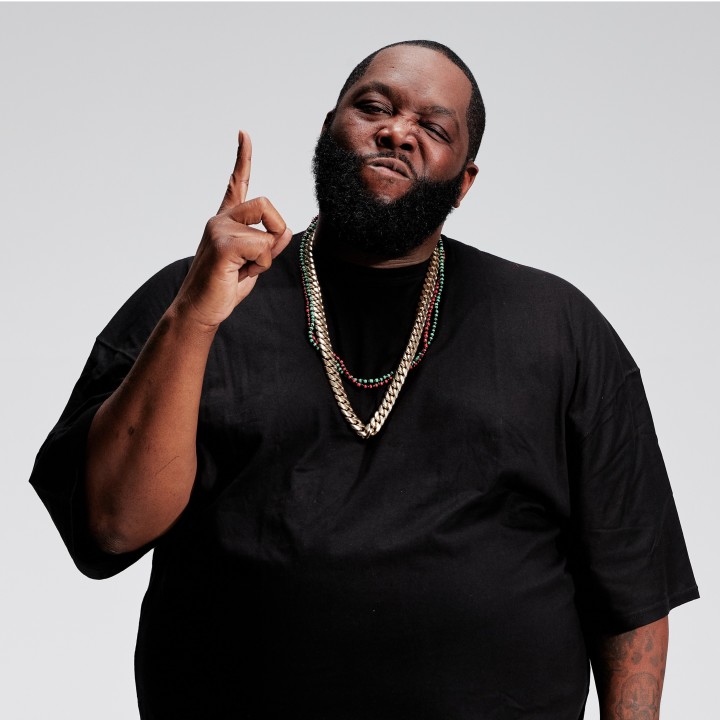 How many times have you heard someone complain that contemporary rap music lacks its modern day Public Enemy equivalent? You've probably said it yourself. We all have. But we need to stop. Yeah, Public Enemy is inviolate and irreplaceable, but Killer Mike's R.A.P. Music is the closest we're going to get to an ideal soundtrack for a Do the Right Thing remake.

It's no surprise that the beats come from Brooklyn, courtesy of El-P, a hip hop artist, producer and entrepreneur who is the borough's resident laureate of urban apocalypse. Snares crash like abandoned buildings being blown up. Synthesizers ooze with a diseased glow of something dying in a toxic water supply. The effect is like a futuristic junkyard come to life. In the midst of the decay of post-industrial New York, Killer Mike, hip-hop inferno, pours fuel on the already inflamed.

For all the New York claustrophobia, the heart of the record barrels through I-20, Westside Atlanta, where Mike is both underground royalty and an entrepreneur with his own Barber Shop. Fittingly, he's the city's iteration of Ice Cube, universally respected and highly opinionated; the bridge spanning The Dungeon Family, Grand Hustle, and his own Grind Time Records. R.A.P. Music is a collision of north and south so savage that it could create a subduction zone.

"Scarface and Ice Cube are two of my favorite MCs and both made pilgrimages of a sort to New York," Mike explains, back in his native Atlanta, which he left for a month to record in Brooklyn. "There's a certain drive in soaking up the energy in the mecca of rap music, and working with El-P brought it out even more. It's refreshing to find someone as cynical and paranoid as me."

Like P.E., Cube, and Scarface, Mike possesses the rare ability to make music that's smart, tough, and fearless. He is ferocious and honest. As he declares on the album's first track, "we're the readers of the books and the leaders of the crooks."

The record's genesis stems from a dialogue that Mike and Jason DeMarco at Adult Swim's Williams Street Records began three years ago. United by a love of old school originality and new school ideas, the explicit goal was to create Mike's own AmeriKKKA's Most Wanted, Cube's debut album after splitting with N.W.A., and no modern producer has done a more artful job of distilling the nitro-glycerine that the Bomb Squad had circa '88.

Nearly a decade deep in the rap game, Mike has released five critically hailed records and won a Grammy for Best Rap Performance by a Duo or Group with Outkast for the song "The Whole World." But, in no uncertain terms, Mike will tell you that R.A.P. Music is his finest accomplishment. He'll even call it a "classic." Of course, every rapper calls every one of their albums a classic. The only difference is that Mike's right.

"Until now, I've never really found the Killer Mike sound," Mike admits. "But this time, I didn't have to write a single rap. When the beats came on, I'd just start rapping. It was like I cut my wrist and the words just bled out. The chemistry was special."

Not only does R.A.P. Music stand on its own as a stark document of the socio-economic discrepancies and racism that still plague America in 2011, it creates a kinetic soundtrack for our ever-present paranoia, fear, and loathing. The acronym in the title stands for "Rebellious African People's Music" and it operates as a catchall container for Mike's rage at everything from corporate chicanery to the fallout from the Reagan era. Although titled "R.A.P.," it takes its influence from all genres that Blacks have rebelled through be it Gospel, Jazz, Soul, Rock or Funk. The title track expresses this fittingly.

"Rap was a vestige for black boys to learn the lessons that they've been robbed of because so many men were taken out of the community," Mike thunders. "I make edutainment. I refuse to make any music that degrades me as a man. Rap made me study. Rap made me smarter. Rap made me harder."

Even if you're apolitical, R.A.P. Music operates flawlessly on that most basic rap level; it bangs hard out of any boom box, car stereo, or MP3 player. But if you think the modern rap world suffers because it spends too much time as the aural equivalent of Fox News, you'll love R.A.P. Music. It's the sound of a man stealing the remote control, kicking the TV down, and saying "Get up, go the f*outside and see the world for real!"