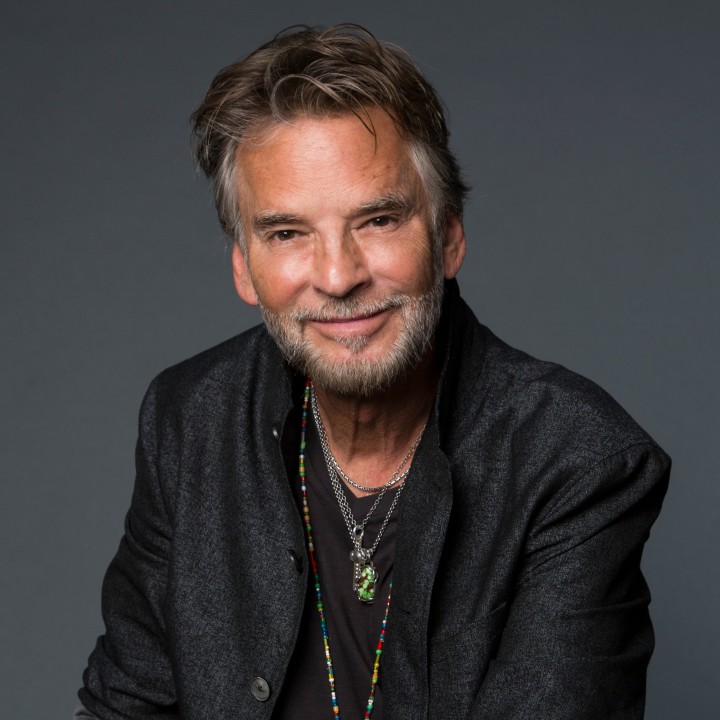 Kenny Loggins' remarkable four-decade-plus career has brought him from the top of the charts to the toast of the Grammys. He's had smash hits on Hollywood's favorite soundtracks, rocked worldwide stages, and found his way into children's hearts while bringing his soulful, beautiful voice to platinum albums of a stunning variety of genres. His gift for crafting deeply emotional music is unparalleled, and it's been a part of his life as long as he can remember.

When Loggins was 7 years old, he watched his two older brothers struggle to write a song, "and I remember thinking, it just can't be that hard," he laughs. Around a year later, inspired by the film Yankee Doodle Dandy, he realized songwriting was his future. "It's a moment that sticks with you," he says, "I knew deep inside that this is something I could do."

Once he started doing it, he never stopped.

Loggins, who was born in Everett, Washington, and moved to the Los Angeles area as a young child, began singing and playing guitar in high school, and scored a job as a songwriter for ABC/Wingate out of college for $100 a week after a brief, unlikely stint as a guitarist for psych-rock band the Electric Prunes. "I went in and sang a bunch of my songs I'd already written, and they signed me right there," he recalls. One of the first tunes he offered up was the beloved "House at Pooh Corner," which became one of several Loggins-penned hits the Nitty Gritty Dirt Band recorded for 1970's Uncle Charlie and His Dog Teddy. "I wrote it during finals as a senior in high school," he says. "We were coming on graduation, and it reminded me of the last chapter of the book House at Pooh Corner, where Christopher Robin is about to head out and leave Pooh and the Hundred Acre Wood behind. Ironically, I guess I never did."

Halfway through his three-year gig as a Wingate staffer, Loggins met the man who would help shape the early part of his career: Jim Messina. "I knew that Jimmy had worked with Buffalo Springfield and that was one of my favorite acts of the 60's," Loggins says of the producer and onetime Poco member. The two started to work on Loggins' solo debut with Messina behind the glass, and Kenny fell in love with a track his producer had penned called "Peace of Mind." Before he knew it, the pair of creative partners had morphed into a duo, and Loggins and Messina was born.

Their first album, Kenny Loggins With Jim Messina Sittin' In, came out in 1971, featuring Loggins' own version of "Pooh Corner" and the beautiful ballad "Danny's Song," which he'd written when his brother's wife gave birth to the couple's first child. "That was the beginning of his family," Loggins remembers, "and many of those lyrics were taken right from a letter he wrote me." The prolific recording and touring duo released a studio album every year from 1971 to 1976, wrapping with Native Sons. The time had come for Loggins to cast off on his own.

"When I recorded Celebrate Me Home, I was very excited, I was like an arrow pulled back in a bow. I'd waited 7 years to finally make my solo album," Loggins says. His 1977 Phil Ramone-produced solo debut went platinum and included "I Believe in Love," the song he'd written for Barbra Streisand to perform in the film A Star Is Born. The album came out just in time for Loggins to score a gig opening for Fleetwood Mac on the Rumours tour, and he went from playing large rooms to arenas overnight. He struck up a friendship with Stevie Nicks, who generously offered to sing one of his songs. Loggins wrote the perfect tune with his friend, Melissa Manchester -- "Whenever I Call You Friend" from his 1978 LP Nightwatch -- which he credits as "the moment that launched my solo career."

The hits just kept on coming. Loggins pulled up for a songwriting session at Michael McDonald's house and heard the opening melody of "What a Fool Believes" coming out of the door. "He stopped playing after 8 bars, but my imagination kept going. So I like to say we were writing together before we met." The pair won a Best Song Grammy -- Loggins' first -- for the tune in 1979. The following year, the pair picked up a second Grammy for "This Is It," off Loggins' third consecutive platinum solo album, Keep the Fire. As the decade progressed, Loggins kept expanding his musical range, impressively exploring new textures of jazz, rock, and pop with ambitious production.

In the 1980s, Loggins also earned a new title: king of the movie soundtrack. Film producer Jon Peters called him in to see a rough cut of Caddyshack, and Loggins provided the cult classic's smash "I'm Alright." When a pal asked Loggins to write a few songs for an as-yet-unmade picture called Footloose, he whipped up a No. 1 blockbuster: "I had a little up-tempo thing I'd been messing with that I probably wouldn't have written if it hadn't have been for the movie," Loggins says. He scored a track on Tom Cruise's Top Gun ("Playing With the Boys") and performed that movie's indelible hit "Danger Zone."

While Loggins continued to record albums that were deeply personal and introspective (from 1985's Vox Humana to 1988's Back to Avalon), he also began looking outward, contributing to 1985's landmark charity single "We Are the World." "I was fortunate that Michael Jackson and I had become friends, so he invited me to join in," Loggins says. "It was a long night, but there was this very rare sense of community in the room. We all knew what we were there to do."

Several years later, Loggins -- a deeply committed environmentalist with a long history of advocating for the planet and green parenting -- wrote a passionate plea for change called "Conviction of the Heart" that appeared on his 1991 album Leap of Faith. The song was so powerful, it caught the ear of Al Gore, who later called it the "unofficial anthem of the environmental movement."

After a stunning run of solo albums, a Christmas album, and two LPs for children (Return to Pooh Corner and More Songs From Pooh Corner), Loggins reunited with his former partner Jim Messina for the Sittin' In Again Tour in 2005 (the duo toured again in 2009). Playing live has always been -- and remains -- a key part of Loggins' life. "It's an experience I don't have anywhere else. It is time-travel," he explains. "I make a connection with the audience that is special to me and unique in my life."

Since 2010, Loggins has also been onstage with the country trio, Blue Sky Riders, which features Nashville powerhouse Gary Burr and gifted vocalist and singer/songwriter Georgia Middleman. "I figured the most logical place to write a heartbreak album was Nashville, so I took my journals there," Loggins says. "When Gary and I sang together, we sounded like brothers. The last time I experienced that kind of blend was with Jimmy Messina in 1971." They had such a great time writing and recording, Loggins proposed they start a band. "Then we laughed about it and went about our way." But after a few months Loggins called him back and suggested they find a female voice to form a trio.

The group released its debut album, Finally Home, on its own record label, 3Dream Records, in January 2013 and is currently working on their second album, Why Not.

Though he's got 12 platinum albums, a pair of Grammys, and hits on almost all the Billboard charts under his belt, Loggins is far from done. Having just released his latest children's project, the book Footloose (Moondance Press, an imprint of Quarto Publishing Group USA, October 17, 2016), inspired by his 1985 Oscar® nominated and Grammy® Award-winning "Song of the Year," he's still looking forward to what's next. "I feel very lucky that this is the way I make my living, and not a lot of people can say that," Loggins says. "I've been lucky that I love what I do and I get to keep doing it."