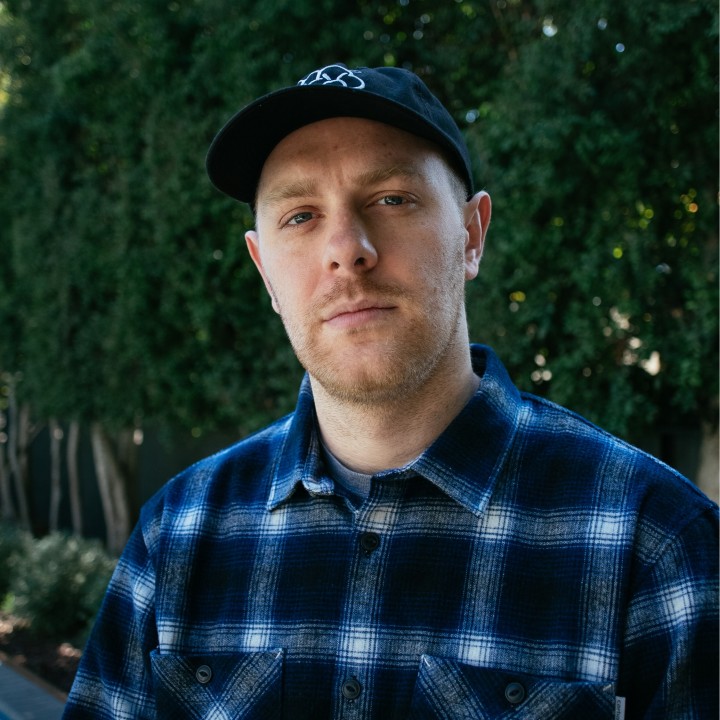 Heralded by Rolling Stone, Pitchfork, Fader, and more for his staggering range and prolificacy, Kenny attributes his continued work with an array of singular artists to his egoless approach to collaboration. Whether a rapper wants ear-shredding metal with a trap twist (Rico Nasty - “Rage”) or a trunk-rattling interpolation of a West Coast classic (Freddie Gibbs feat. 03 Greedo - “Death Row”), he gladly delivers. He is the producer as a sonic medium, interpreting inchoate musical visions to create speaker-frying realities.

Born and raised in Connecticut, Kenny inherited his eclectic ear from his father, whose tastes ranged from Sheryl Crow to Dr. Dre. He played drums and guitar throughout his childhood and began making beats in high school, imitating idols like Timbaland and Pharrell. While studying music business at Berklee College of Music, Kenny interned for renowned rap label Cinematic Music Group and began placing beats with rappers like Schoolboy Q (“Party”), Smoke DZA, and Ab-Soul (“Hunnid Stax”). During his senior year, he moved to Los Angeles and made a brief but successful foray into EDM. Once he’d accrued enough funds DJing around the world, Kenny returned to rap and opened The Cave.

A bright, open room with a neon-lit vocal booth, The Cave has become one of the most vital studios in contemporary rap. Kenny doesn’t charge artists for studio time, and they have the final say when deciding which songs leave the room. Kenny, however, has one rule: don’t sleep. His push for hours of uninterrupted and uninhibited creation has spawned many groundbreaking projects, including but not limited to Key!’s 777, Vince Staples’ FM!, and Rico Nasty’s Anger Management.

In addition to serving as a studio, The Cave is the location for Kenny’s burgeoning Youtube series of the same name and D.O.T.S. (Don’t Overthink Shit). A tight-knit and ever-evolving creative team, D.O.T.S. assists artists with every aspect of their careers, whether that’s beats and music videos or merch and art direction. They are creative midwives, helping musicians birth all their gestating ideas.

With more Kenny-produced and D.O.T.S.-helmed projects in the vault, Kenny’s name will inevitably be attached to more songs and albums that top year-end lists. He’ll probably get that number one record, too. Whatever happens, you’re going to hear “Woah, Kenny!” for a long time.