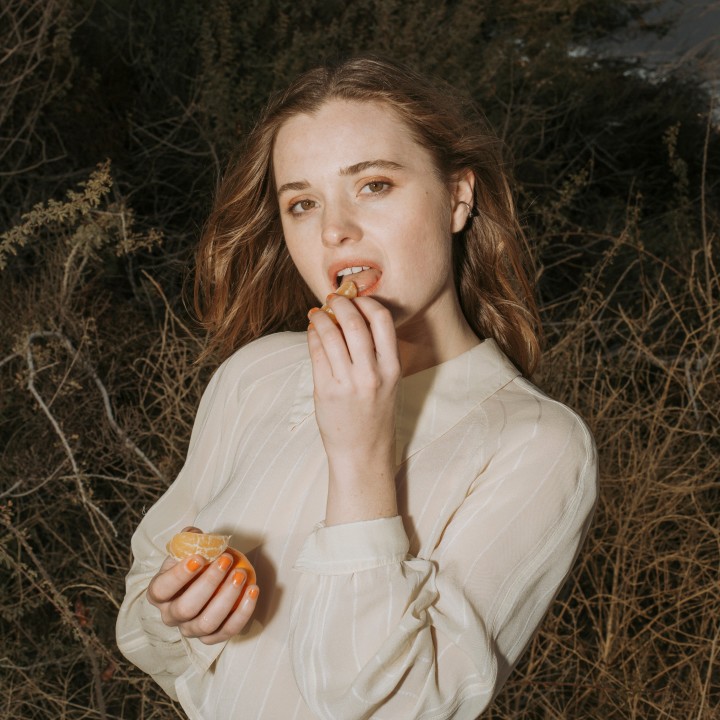 KATHLEEN is a vocalist and songwriter from Colorado whose music provides a gateway into re discovering the importance of our relationship with the world around us while simultaneously exploring the complexities of the human spirit.

Raised primarily in the Colorado Rocky Mountains, she was taught from an early age to notice patterns and personalities in the natural world around her. Her mother was a park ranger in many of the United States’ largest national parks before going back to school to become a Physician’s Assistant. Kathleen’s father is a Pediatrician and together, her parents run a solo pediatric practice. Her younger sister is currently studying evolutionary biology, and Kathleen worked as a florist for seven years growing up, learning the intricacies flowers and plants. To Kathleen, nature is the ultimate artist.

As a musician, her voice is haunting and strong, but also exudes a crucial vulnerability that reminds listeners that one can be an effective communicator while still being soft and human. In fact, it is Kathleen’s unique ability to walk these two lines -- of strength and softness, of conflicting narratives and trains of thought -- that make her songs even more accessible, particularly in such difficult times defined by extremes.

So when Kathleen began writing songs as early as age seven, all of this background, this scientific mode of thinking and searching for patterns shaped how she sculpts a song and the art that surrounds it.