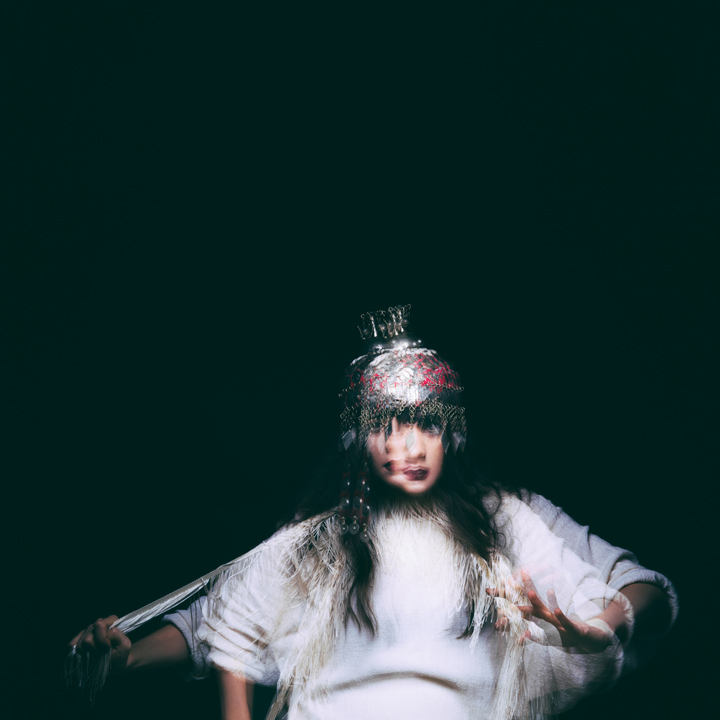 Born in Alabama, baptised in Aleppo and raised in Indiana, K Á R Y Y N's early life was divided between the USA and Syria, her identity split between middle-eastern and western culture. Prior to revealing herself as a solo artist, K Á R Y Y N has spent years challenging her own ideas of what is and what should be; working and creating alone, crafting her artistry and developing herself and her place in the world whilst being hidden. Now instilled with courage and strength to reveal and share her art, K Á R Y Y N has begun to release music, her first releases are instalments that make up the "Quanta Series" and will come in four parts (1, 11, 1:11 and 11:11). Her Syrian-Armenian-American heritage has heavily inspired her songwriting and musical style, particularly evident with her single 'ALEPPO,' a "dizzying mesh of human and digital signal" (The FADER).

K Á R Y Y N is also known for her original music that she composed for an opera called 'Of Light' in collaboration with theatre director and friend Samantha Shay under tutelage of Marina Abramovic. After a single performance in Reykjavik, the opera's performance and music was described as "an extremely nourishing experience" by Bjork. Pitchfork made "MOVING MASSES" a release taken from the opera their Best New Track.

With her work described as "music that sounds simultaneously supernatural and ancient" in an expansive Pitchfork profile, K Á R Y Y N has spent the year releasing a varied and emotionally-charged catalogue of music to instant acclaim. Currently playing a run of European festival dates ahead of a show at London's Brunel Museum on the 16th of November, K Á R Y Y N continues to release her work via her own imprint label ANTEVASIN -- a Sanskrit word meaning "one who lives at the border."