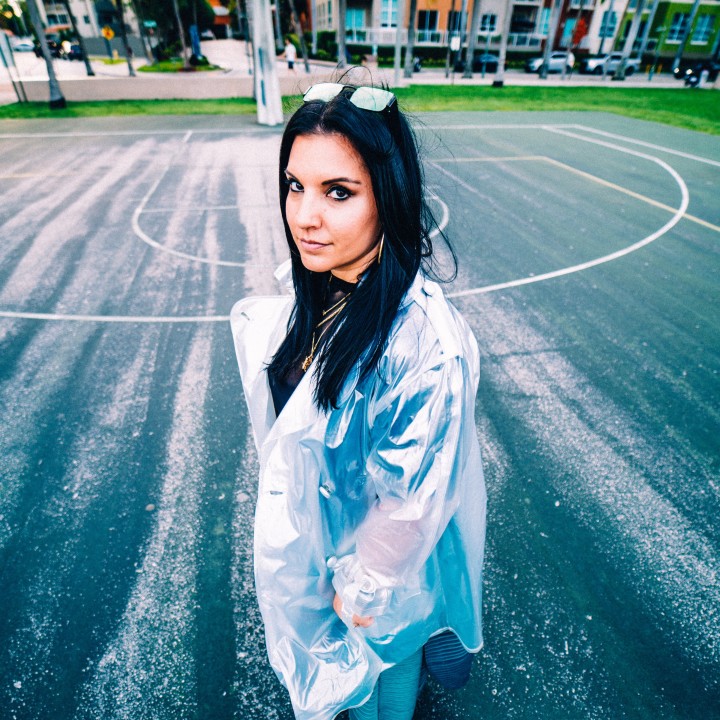 In the X-Men universe, Jubilee is known for prowling around the mall with neon shades on, breezing by with effortless cool. Given that one of her superpowers involves conjuring fireworks, the moniker couldn't be more appropriate for Jess Gentile, the gifted DJ and producer known as Jubilee. Her preternatural sense of what's popping off far ahead of the curve is only surpassed by her ability to make sparks fly in whatever room she's in.

Growing up with the sounds of Power 96, 99 Jamz and local pirate stations in her ears, Jubilee soon stormed onto Miami's rave scene as a teenager, drawn to the community that the dance floors inspired. Even if she had to go by herself, she'd rage at weekly drum 'n' bass nights, and zipped to and from raves in both Miami and West Palm Beach, bumping mixtapes from locals breaks DJs there and back.

The road eventually took Jubilee to New York. There she supported herself working at a makeup counter, all the while trading music and making friends through drum 'n' bass message boards. Jubilee's curiosity about what was moving clubs across the pond and down the street was apparent; an early mix of hers combined Miami bass with grime, dancehall and club music. Jubilee got her real start when she was given command of the downstairs room at drum n bass party. People would lose themselves and take shots while listening to DJ Assault, and news spread of Jubilee's talents. Soon the versatile, forward-thinking DJ -- who seamlessly moved through rap, UK grime, dancehall, R&B and more -- started throwing and playing parties all around the city and beyond.

Reading and working a dance floor eventually translated into creating music for the very space she started in, releasing a trilogy of EPs on Mixpak Records, run by her former roommate Dre Skull. Much like her DJ style, her productions propelled her forward as a respected artist known for her ability to balance party with progressive music.

A nightlife expert in front of the mixing board and behind the decks, Jubilee is a unique force in club culture, injecting as much fun as technique into her sets & productions. Her debut album, "After Hours," weaves together the many threads of her musical experiences into an effortlessly restrained artistic statement that works as an atmospheric ode to her home state, a confidently crafted nightlife narrative unified by weighty low end and expertly wielded drum machine workouts.