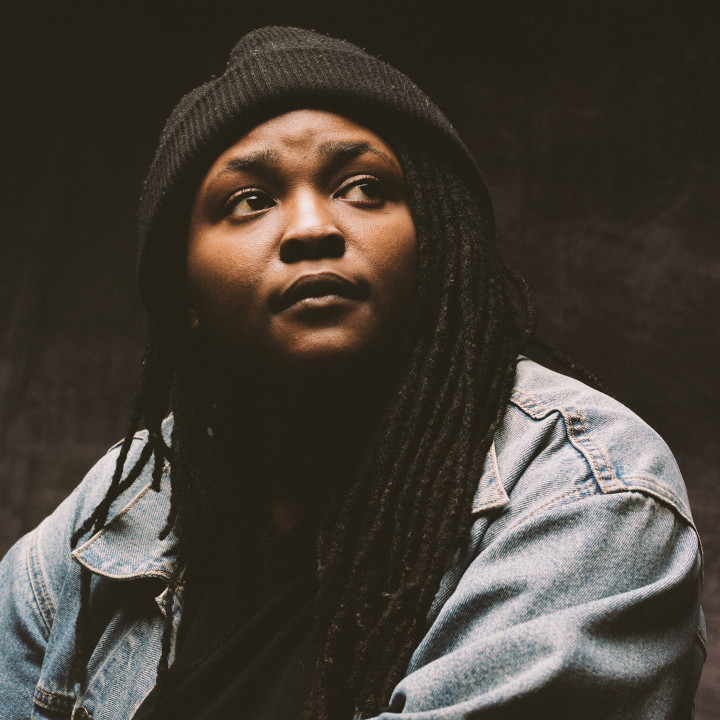 A singer and songwriter whose music fuses the deep emotions and confessional nature of classic singer/songwriters with music that encompasses contemporary folk, R&B, and pop, Joy Oladokun is a fiercely independent musician who has built an international audience for her music. Her "mesmerizing hybrid of Americana, folk, and pop" (Vogue) and storytelling "steeped in personal perspective" (Nashville Scene) continues to reflect in each new single release, offering relatable material to a fanbase that includes fellow artists Brandi Carlile, Julia Michaels, Tegan and Sara, and Kevin Garrett.

Raised in a small rural community in Arizona, Joy Oladokun began playing guitar when she was ten years old. Inspired by artists like Tracy Chapman, Lauryn Hill, Bob Marley, and singer/songwriters of the '70s, Oladokun began writing songs but initially had no intention of pursuing music as a career, preferring to perform for family and friends -- sometimes writing them new tunes as gifts. After completing college, she got a job and was planning to settle into her new position when a friend asked her what she would be doing if money were not a consideration. Oladokun replied that she'd be writing songs and traveling, and her friend urged her to follow her muse before it was too late.

She relocated to Los Angeles and initially landed gigs as a backing vocalist while she honed her craft and played occasional solo shows. Oladokun independently produced and released her first full-length album Carry, including several successful singles such as "Memphis" and "No Turning Back" -- which offered a new level of exposure when Seattle Seahawks quarterback Russell Wilson and artist Ciara announced their second pregnancy with a video featuring the tune. Further demonstrating the "melodic and rhythmic elements of pop craft to her confessional leanings" (NPR) , Oladokun went on to drop a series of singles that ushered in a modern sound including "Sober" and "Blame."

Joy has since been releasing music like "Who Do I Turn To?," a song that touches on the racial injustices imposed on black people in America, as well as "sunday," which is a heartfelt message to help future youth accept their sexuality in the eye of religion. The singles built into the release of her sophomore album "in defense of my own happiness (vol. 1)," which Billboard named one of the Best LGBTQ Albums of 2020. Newly released songs such as "if you got a problem" and "i see america" landed Joy her first radio airplay on BBC Radio 2, in addition to being named NPR's Best Songs of 2020. After landing notable synch placements in ABC's Grey's Anatomy in winter 2020, Joy cracked the top 10 on Shazam's Discovery chart twice in less than a month. Joy is set to release "in defense of my own happiness (vol. 2)" in early 2021 in hopes to share a little bit more about navigating the world as a queer woman of color in America.