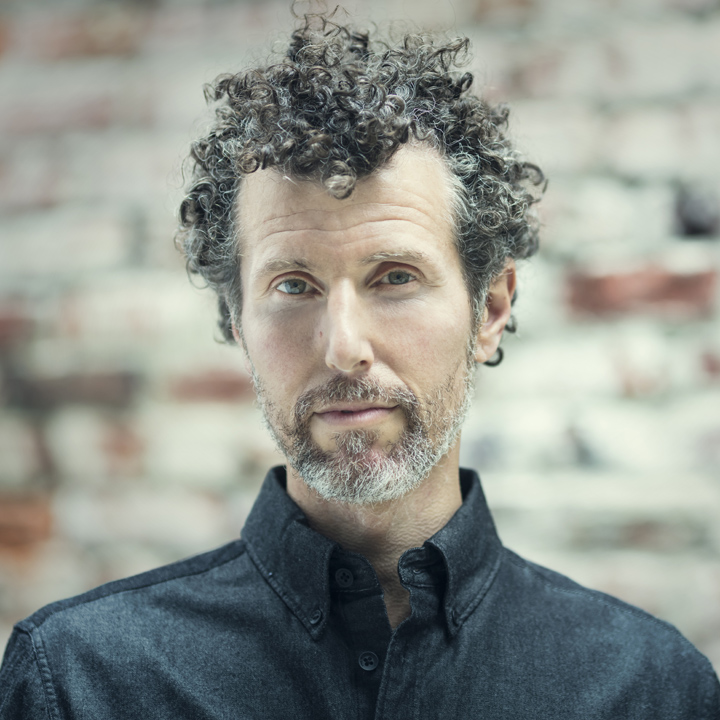 Josh Wink has always run ahead of the pack, as a DJ, label owner, producer, remixer, and artist. With the release of Profound Sounds Vol. 2, Wink continues to forge ahead, challenging established conventions of what a mix CD should be, not only by remaining true to his mercurial aesthetic as a DJ, but also taking advantage of technology to fine-tune his selections into the best possible recorded representation of Josh Wink.

“Profound Sounds Vol. 1 is one of my favorite compilations – it just happens that I made it," says Wink of the new album's 1999 predecessor.  "It represents me, and the way I combine house and techno, in both my DJ sets and as a producer, pretty well. I'm not one for holding people to one specific genre; I love being on the median in between."

The sound of Josh Wink today remains one of a man unafraid to walk the border between stylistic boundaries. Profound Sounds Vol. 2 starts off dark and atmospheric with “Form Is Emptiness” by Swayzak, then quickly builds momentum with the minimal and melodic Joshua Main mix of Rithma's “Tracks for a Weirder Day.” The 73-minute mix incorporates hints of old school Chicago house ("Make A Move" by Minimal Man), electro ("E Series 2" by Frankie Bones), and even Latin and tribal house ("Auburn" by David Alvarado). Perhaps the finest example of Wink's refusal to limit his play list to any one genre comes at the three-quarter mark, when he integrates Aaron Carl's paean to house music, "The Word," over techno-flavored tracks courtesy of Rino Cerrone and Mr. G.

Unlike most of the mix CDs clogging the shelves, Profound Sounds Vol. 2 doesn't attempt to cash in on the latest trends or mega-hits. "We could have gone that route, and signed a couple of really big tracks, and put a sticker on the front that says, 'Includes the hit so-and-so…,' and everybody would go, 'Oh, I know that one,'" Wink admits. "But my integrity as an artist doesn't allow me to do that.  I used tracks on this compilation that span a big period of time: Some older ones, some newer ones, and some unreleased.”  And he made sure to include a few more of his own cuts this time around, including the hypnotic modulations of "Oakish," the Blakkat remix of "Superfreak (Freak)," and his own South Philly Acid Pass redux of Dave Clarke's driving "Compass."

But making Profound Sounds Vol. 2 didn't just begin and end with picking the tracks and sequencing them in a suitable order. After that step, he tailored every cut to meet his specific requirements for this mix. "Every track is re-edited as a Josh Wink re-edit. I don't end up compromising the integrity of the original art, I just altered it to fit my contour." Only after customizing each song was he ready to record the final version of the set. "In a sense, I did the mix twice," he observes.

Towards that same end as an added value, Wink included a bonus disc to Profound Sounds Vol. 2, which features both audio and video content.  The aural component includes the CD debut of four Wink productions previously available on vinyl only: The original "Superfreak (Freak)," "Evil Acid," "How's Your Evening So Far" (featuring Lil Louis), and "What You Mean To Me" by Range of Motion. The visual portion of the disc reveals an in-depth interview with Wink featuring studio and live footage, detailing the intricate process of making the record. "It's important to me to let people know what I did on this to make this disc different, rather than just mixing it," he reiterates.

Of course, diehard Wink fans expect nothing less from this artist, who has been breaking new ground for the past two decades. In the late 1980s and early '90s, when most of the U.S. was just waking up to rave culture, Wink – who had been working as a mobile DJ in his hometown of Philadelphia since he was 13 years old – was already making his own tracks ("Tribal Confusion" by E-Culture, with his former partner King Britt) and hauling his records around the country to spin at burgeoning clubs and parties.

In 1995, Wink became one of the first DJ-producers to translate his hard work into mainstream success, when he unleashed a string of classics, including "Don't Laugh," "I'm Ready," and "Higher State of Consciousness," that topped charts worldwide, and made him a bona fide pop star in Europe. On his 1998 album, HereHear, Wink pushed boundaries even further, inviting fellow artists as diverse as Trent Reznor (Nine Inch Nails), Caroline Crawley (Shelleyann Orphan/This Mortal Coil), and Philly poet-performer Ursula Rucker (Jazzanova, The Roots), to contribute to a far-reaching disc that ran the gamut of electronic music styles, from ambient and trip-hop to drum & bass, as well as the trademark mix of house and techno on which Wink has built his international reputation.

Since the release of the first Profound Sounds compilation in 1999, Wink has been concentrating on various projects, including continuing to oversee operations of his Ovum Recordings record label. Over the past year Josh has released another two dance floor anthems, “How’s your evening so far” and most recently “Superfreak”, both of which continue his tradition of making distinct music that catches people’s ears and inspires others to compose their own music. Although he used to bristle at requests to remix other artists ("because you sell the rights away, and don't own them any more, even though the remix is basically all your own music), lately he's grown to enjoy that gig more, turning out such notable overhauls as his recent reworking of "Blue Jeans" for Ladytron, Paul Oakenfold's “Starry Eyed Surprise,” and Depeche Mode’s “Free Love.” Wink hopes to compile his favorite remix gems on a CD collection soon. He's also working on some songs with fellow Philly denizen G. Love (as in, G. Love & Special Sauce), and hopefully further collaborations and production gigs with other like- and open-minded musicians.

"I get bored if I do the same thing" Wink concludes. "Some people get pigeonholed as being into just one thing. I hate that. When there are rules, it doesn't become art, and it’s not fun. I've learned that you can't please everybody, so I’d rather be concerned with making good art, and the people that like this art will stick with you." Profound Sounds Vol. 2 is classic Josh Wink. It dares to be different. It is good art. And, most importantly, it is great fun.