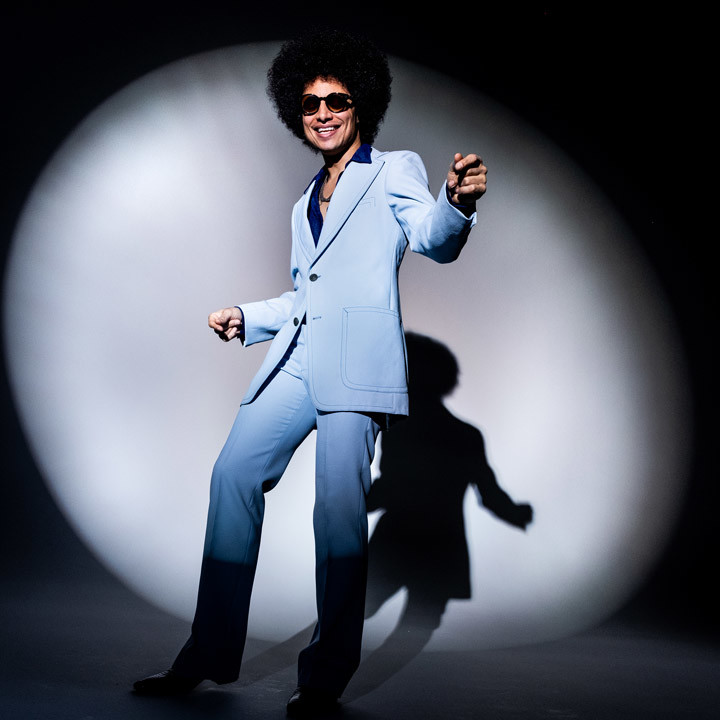 Celebrating the eightieth birth year of the legendary R&B singer songwriter, Blue Note recording artist José James presents "Lean On Me: José James celebrates Bill Withers." Vetted personally by Mr. Withers himself, the show is an exploration of the deep musical catalogue that touched millions of hearts and united communities worldwide. Featuring Withers' top ten hits as well as his soul ballads and rare grooves, James brings both a deep musical appreciation and a contemporary approach to songs such as "Ain't No Sunshine," "Hope She'll Be Happier," and "Just the Two of Us." Fittingly, James has assembled a truly all star cast of musicians: Nate Smith on drums, Ben Williams on bass, Sullivan Fortner on keys and Brad Allen Williams on guitar.

José James on the project:

We've lost a lot of phenomenal musicians over the last few years. David Bowie, Sharon Jones, Leonard Cohen, Prince. That combined with the insanity of our current world events made me want to focus on our living genius and positive energy as a people. I've been drawn to Bill Withers' music for years and started performing a medley of his songs in my live set. It was an organic thing that started at sound check then grew to become a massive 20 minute musical and emotional highlight of my live show. When I discovered that he was turning 80 in 2018 I thought, "What better way to bring positivity to the world while challenging the racist, fascist and sexist status quo?" His songs reflect a love for community, for unification; his music respects elders, mentors and explores male vulnerability in a way that's missing from today's R&B. And his catalog is vast and powerful. He's simply one of the best living songwriters, period. "Ain't No Sunshine," "Lean on Me," "Grandma's Hands," "Lovely Day," "Just the Two of Us" -- who wouldn't want to sing these amazing songs? The hard part was choosing between his nine albums,but I had a lot of help from Don Was and from the band. I think we found the perfect balance between soulful ballads, the radio hits and the deep cut rare grooves.

Meeting Bill Withers was one of the personal highlights of my life. We had dinner at Musso and Frank's and sat in the Frank Sinatra booth, just down the street from the Capitol building. He's a total genius and one of the coolest people I've ever met. I learned more in that one hour with him than I learned at music school or a decade's worth of live shows. He's seen it all and worked with the best of them, in every category. At one point he pulled out his phone and started chatting about friends he's made in the business, moving easily between Muhammad Ali, James Brown and John Mayer. We all adore him and any songwriter worth their salt knows that Bill is up there with Paul McCartney, Stevie Wonder, Joni Mitchell, Smokey Robinson, Carole King, Leonard Cohen, Bruce Springsteen, Bob Dylan, Paul Simon, Elton John, Billy Joel -- he's in the pantheon of greats. Plus he's an amazing singer and developed a sophisticated sound that blends funk, singer-songwriter, blues, R&B and gospel. This is where John Legend, Alicia Keys, D'angelo, people like that come from. This is home. I showed him my list of his songs and he absolutely loved it. I think he's happy that his music still has a place in the lives and hearts of people worldwide and that we all want to celebrate his life and talent.

José James on the band:

The first time that I played with these guys I knew that we had something special. It was a session in Brooklyn and we started playing "Grandma's Hands" -- no rehearsal, just playing. It was super deep and soulful in a way that can only be described as spiritual. This is easily the best band I've ever played with, everything we touch is magic. The chemistry is just unbelievable. We all have a deep love and respect for Bill's music, but we never get the chance to play like this. Most of these guys are huge stars in the Jazz world so people mainly know them for that; but trust me, this is one of the funkiest most soulful bands that you'll ever hear. Nate Smith on drums is from Chesapeake, Virginia; Brad Allen Williams on guitar is from Memphis; Ben Williams on bass is from D.C.; and Sullivan Fortner on keys is from New Orleans. So we have a whole lot of southern American musical and cultural identity in the band. Blues, funk, R&B, jazz, rock, soul and church music .. it's all there. I grew up in Minneapolis, which is Prince and Bob Dylan territory, so I'm bringing that storytelling aspect. And through his music Bill is one of the greatest storytellers of all time.