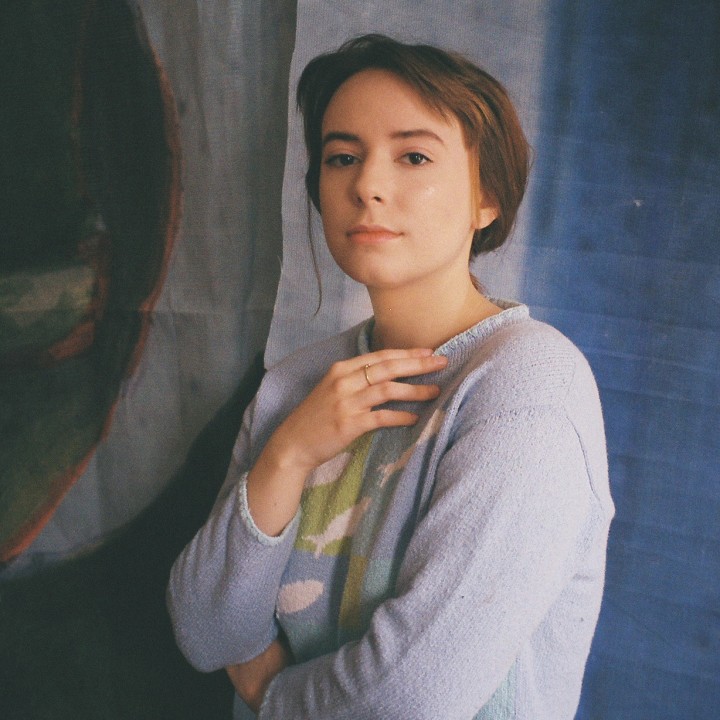 For 19-year-old Jordana Nye, kaleidoscopic bedroom pop songs aren’t merely outlets for observations, but ways to endure and embrace turbulence. Listeners will hear in full when she re-releases her treasured debut album Classical Notions of Happiness with three brand-new songs on March 27 via Grand Jury Records.

Growing up Jordana was surrounded by music in the most devout sense of the word. Her father, an organ player at the local church, encouraged her to learn piano from a young age. Instead, she found herself drawn to the violin, which she played for years before eventually switching to guitar. Classical Notions of Happiness is the culmination of a decade of practice and a slow delve into the expanses of SoundCloud. “I had all these singles and I just wanted a place where I could put all of them,” she explains.

The album opens on “Remembering U,” an undulating recollection of a high school principal-mandated moment of silence for a friend she lost to suicide. “In this day and age, on social media, you can really tell if someone is struggling with mental illness,” Jordana says. “Because it’s become normalized, sometimes it can be taken less seriously. Sometimes relating to each other just isn’t enough.”

That tremendous loss — not just of a friend, but of the youthful notion that things will always be okay — informs the ebb and flow of Classical Notions of Happiness. Daydreams blur with reality, watercolor melodies ooze into internal monologues and observations, and amid all of the record’s conflicting emotions, Jordana makes certain that there’s something to sway to. “There’s this constant longing throughout these songs to feel ‘normal,’ which I don’t think will ever happen,” she notes. “But still, there are so many aspects to even just feeling okay.”

The project was recorded over the past two years mostly in her home in Kansas. Jordana found herself inexplicably magnetized to the Midwest after meeting kindred bandmates Connor Eaves (guitar), Sophie Emerson (bass) and Will Erickson (drums) through Twitter. A newfound sense of community courses throughout Classical Notions of Happiness’s three new tracks, “Sway,” “Signs,” and “Crunch,” each of which demonstrates an eagerness to break beyond the constraints of bedroom recordings. “These songs are polar opposites of what was originally on the album,” Jordana explains. “It’s a different vibe, but I wanted to re-amp it.”

Jordana describes her notions of happiness as coping mechanisms, graceful in their fluctuation: “Sometimes it’s about naivete, and wanting people to validate your existence. Other times, it’s about being in love, and how happy you can be when you are. And other times, it’s just craving that, and trying to find a way to feel normal again.” Taken altogether, Classical Notions of Happiness offers a snapshot of an artist on the precipice of her youth and the vast unknown that stretches out just beyond.