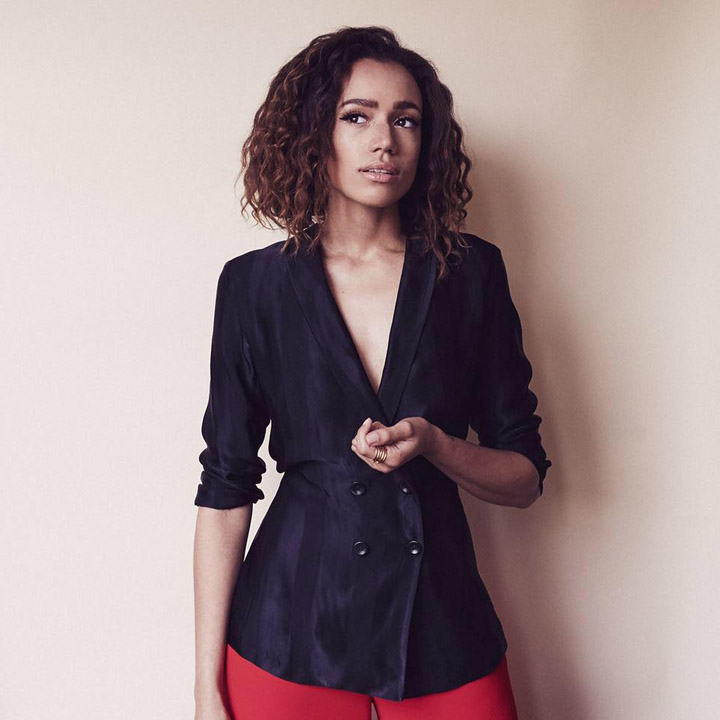 "As palatial as they come" - Stereogum

Fresh off the back of her star-making debut turn on "Later...With Jools Holland," 25-year-old Londoner JONES has unveiled new single 'Hoops' which will impact on 14th December 2015 on 37 Adventures. 'Hoops' is taken from JONES' debut album 'New Skin,' due for release Spring 2016.

'Hoops' has been co-produced by rising talents XO and Josh Record -- it's a gutsy, introspective, innovative track about heartbreak and is real in a way few other songs even try to be...

Remixes of 'Hoops' coming from Wet, Raffertie and salute.

Raised in east London by her soul-loving mum on Stevie and Luther, at an early age JONES began to turn her most private diary entries into songs. Since then JONES has been gradually letting others into the world she's created; namely, XL's resident producer Rodaidh McDonald and multi-faceted Ninja Tune artist Raffertie (on Indulge), and alt-pop mastermind (and brother of Jai) A. K. Paul (on You).