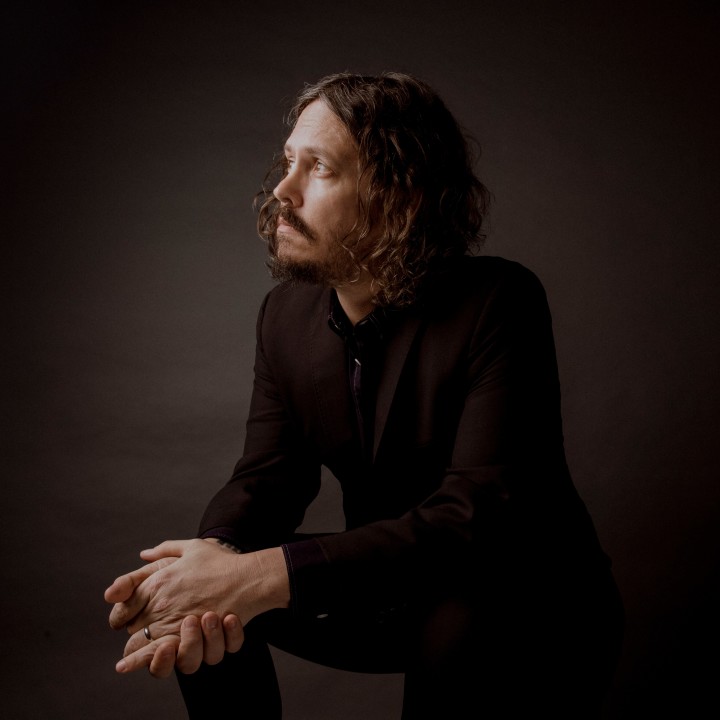 It's a small, complicated word with a tangle of meanings.

It's the title of John Paul White's new album, his first in nearly a decade, a remarkably and assuredly diverse collection spanning plaintive folk balladry, swampy southern rock, lonesome campfire songs, and dark acoustic pop. Gothic and ambitious, with a rustic, lived-in sound, it's a meditation on love curdling into its opposite, on recrimination defining relationships, on hope finally filtering through doubt.

Beulah is also a White family nickname. "It's a term of endearment around our house," White explains, "like you would call someone 'Honey.' My dad used to call my little sister Beulah, and I call my daughter Beulah. It's something I've always been around."

Beulah is also something much loftier. For the poet and painter William Blake, Beulah was a place deep in the collective spiritual unconscious.

"I won't pretend to be the smartest guy in the world," says White, "but I dig a lot of what he's written. Beulah was a place you could go in your dreams. You could go there in meditation, to relax and heal and center yourself. It wasn't a place you could stay, but you came back to the world in a better state."

And perhaps the music on this album originated in that "pleasant lovely Shadow where no dispute can come." According to White, the songs came to him unbidden -- and not entirely welcome. "When these songs started popping into my head, I had been home for a while and I was perfectly happy. I wasn't looking for songs. I didn't know whether any would pop back in my head again, and I was honestly okay with that. I'm a very happy father and husband, and I love where I live. I love working with artists for a label that I think is doing good work."

Far from the grind and glamour of Nashville -- where he worked for years as a working songwriter before stepping into the spotlight himself -- White settled in his hometown of Muscle Shoals, Alabama, a wellspring of gritty Southern rock and soul since the 1960s. Together with Alabama Shakes keyboard player Ben Tanner and Shoals native Will Trapp, he founded and runs Single Lock Records, a local indie label that has released records by some of the Yellowhammer State's finest, including Dylan LeBlanc, St. Paul & the Broken Bones, and legendary songwriter and keyboard player Donnie Fritts. The label is based in a small ranch house a stone's throw from White's own home, which would come in handy when those songs started invading his head.

"Honestly, I tried to avoid them, but then I realized the only way I was going to get rid of them was if I wrote them down. I got my phone out and I'd sing these little bits of melody, then put it away and move on. But eventually I got to a place where it was a roar in my head, and that pissed me off." Due to his experiences as a gun-for-hire in Nashville, White was reluctant to romanticize the creative process, to turn it into a spiritual pursuit. "Then one day I told my wife I think I'm going to go write a song. She was as surprised as I was. I went and wrote probably eight songs in three days. It was like turning on a faucet."

Most artists would kill for such a downpour, but White was wary of the consequences. He knew that writing songs would lead to recording them, which would result in releasing them, and that means touring and leaving home for weeks at a time. "As soon as I write a song, I start thinking what other people might think of it. I've talked to friends about this: What is it about us that makes us do that? Why can't I just sit on my back porch and sing these songs out into the ether? I don't have an answer for it yet, but I think it's just part of who I am. I need that reaction. I need to feel like I'm moving someone in a good way or in a bad way. I need to feel like there's a connection."

White threw himself into the project, no longer the reluctant songwriter but a craftsman determined to make the best album possible -- to do these songs justice. He cut several songs at the renowned FAME Studios in his hometown, where Aretha Franklin, Wilson Pickett, the Allmans, the Osmonds, Bobbie Gentry, Arthur Conley, and Clarence Carter recorded some of their most popular hits.

One product of those sessions is "What's So," which introduces itself by way of a fire-and- brimstone riff, as heavy as a guilty conscience -- the kind of riff you wouldn't be surprised to hear on a Sabbath album. But White's vocals are gritty and soulful, a product of the Shoals, almost preacherly as he sings about earthly and eternal damnation: "Sell your damn soul or get right with the man, keep treading water as long as you can," he exhorts the listener. "But before you do, you must understand that you don't get above your raisin.'" It's the heaviest moment on the record, perhaps the darkest in White's career.

At the other end of the spectrum is "The Martyr," one of the catchiest tunes White has ever penned. The spryness of the melody imagines Elliott Smith wandering the banks of the Tennessee River, yet the song is shot through with a pervasive melancholy as White wrestles with his own demons. "Keep falling on your sword, sink down a little more," he sings over a dexterous acoustic guitar theme. This is not, however, a song about some unnamed person, but rather a pained self-diagnosis: "These are the wounds that I will not let heal, the ones that I deserve and seem so real." White knows he's playing the martyr, but he leaves the song hauntingly open-ended, as though he isn't sure what to do with this epiphany beyond putting it in a song.

The rest of 'Beulah' was recorded in the Single Lock offices/studio near White's home. "I can be more relaxed about the process. We can all just sit there and talk about records or baseball without feeling like someone's standing over our shoulders. That's a big deal to me, not to feel pressured. And I'm only about twenty yards away from home, so I can walk over and throw a baseball with my kids or make dinner with my wife."

Some of the quieter -- but no less intense -- songs on 'Beulah' were created in that environment, including the ominously erotic opener "Black Leaf" and the Southern gothic love song "Make You Cry." As he worked, a distinctive and intriguing aesthetic began to grow clearer and clearer, one based in austere arrangements and plaintive moods. These are songs with empty spaces in them, dark corners that could hold ghosts or worse. "There were certain moments when Ben and I would finish up a song, listen back to it, and think how in the world did we get here. But that's just what the songs ask for. These are the sounds in my head. This is the sound of me thinking and living and breathing and doing."

Once White had everything assembled and sequenced, it was time to give the album a title, to wrap everything up for the listener. 'Beulah' stuck -- not only because of family history or Blake, but because White realized that making music was his own trip to Beulah. "If you had to sum up what music is for most people in this world, it's that. It's that escape. It's that refuge. You go there and you come back and you use that to help you with your life. You always have that as a place to go."