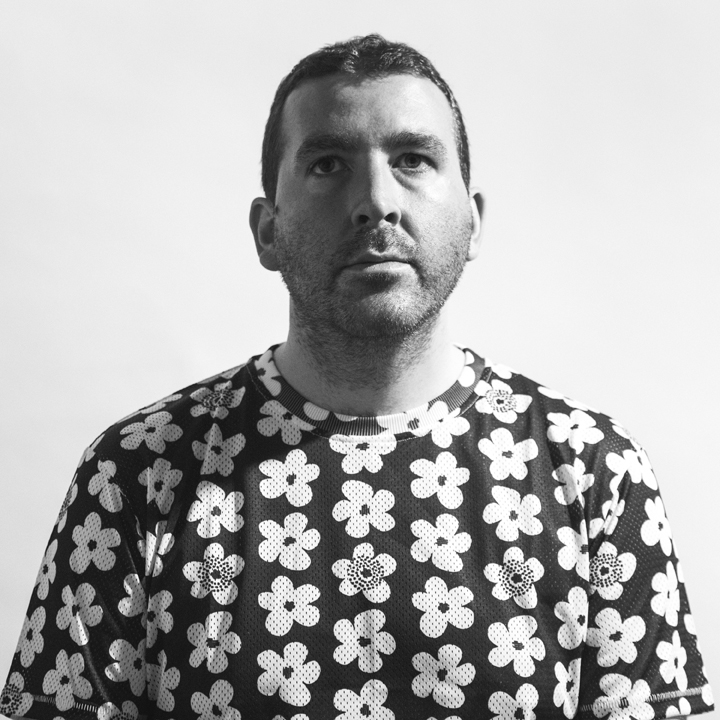 'Electric Lines,' the new album from producer Joe Goddard, is all about connections. The title refers to the colourful cables that link the modules in his Eurorack synthesizer and to the invisible wires that run between all the different kinds of electronic music that he loves. It's also an apt title for a record which brilliantly unites the strands of his prolific career: member of Hot Chip and the 2 Bears, songwriter, producer, DJ, Grammy award nominated remixer and co-founder of the Greco-Roman label. Like Four Tet, Caribou and Jamie xx, Joe combines a thirst for experimentation, an instinctive understanding of the dancefloor and a love of left-of-centre pop music. 'Electric Lines' confirms his place in the front rank of British producers. "I feel like it's a good summation of everything I've been working towards," says Joe.

'Electric Lines' is the first time that Joe's committed himself to producing such a panoramic portrait of his musical life, from house, techno and disco to UK garage, R&B and electro-pop. "It felt like a time in my life when I wanted to put all my heart and soul into a solo record," says Joe. "It's the perspective of a Londoner who's grown up with club culture and had a very varied musical life in the city."

During the 1990s, Joe attended Elliott School in Putney, where he met his Hot Chip bandmate Alexis Taylor and his long-time friend Kieran Hebden, both of whom served as sounding boards for 'Electric Lines.' As a teenager, he progressed from indie and hip hop to drum'n'bass to house and garage, always thrilled by those moments when underground music infiltrated the charts. "I loved those Top of the Pops moments when an interesting band blew your mind," he says. "Moments when strangeness managed to make it to the top of the charts. Pop music on the fringes is some of the best music."

The quality and diversity of the tracks on 'Electric Lines' is no surprise from one of Britain's most industrious producers. As well as working on six Hot Chip albums and two with Raf Rundell as the 2 Bears, Joe has remixed the likes of Kraftwerk, New Order, Disclosure, Dirty Projectors, the Chemical Brothers (Joe's remix of "Wide Open" has just been nominated for a Grammy for Best Remixed Recording), Wiley and Jessie Ware, produced tracks for Franz Ferdinand, Bernard Sumner, Little Boots and Dels, and released a string of solo singles. "Gabriel," his haunting 2011 hit with singer Valentina, was his first big success beyond Hot Chip. "It made me feel that I was capable of doing things outside the band," he says. A keen collaborator, he also recently appeared on projects from Michael Mayer, Mixhell and Tuff City Kids.

Like most self-reliant producers, Joe is most comfortable when he's working. When he's not on tour, he spends most weekdays in his Shoreditch studio. "It's the place where I'm happiest -- in this basement bunker, separate from the outside world, where I can just tinker with synthesizers. It's my natural environment."

One virtue of the Eurorack's infinite permutations is the ability to create brand-new sounds that feel "truly alive and very individual." Another is that no sound can be exactly recreated. The process is about capturing unique, unrepeatable moments. "It's almost like a trainset," he says. "You buy different modules from different companies and put them together. You're messing with a lot of variables."

Over the past couple of years, Goddard has decided to prioritise spontaneity over perfectionism, resisting the urge to tidy and polish, an approach that also informed Hot Chip's last album 'Why Make Sense?' On the title track from 'Electric Lines,' Alexis Taylor celebrates "the sound of adventure" and the virtues of the "work in progress." "Those words resonated with me," says Joe. "It's a good summation of my feelings about the album. Making music in a very intuitive, playful, natural way. Going with the first thought. Not trying to make it more professional and perfect. Sometimes you have to believe in the demo because it has the most soul and feeling."

Joe asked Alexis to sing on the album because "our friendship is a big part of my life." Daniel Wilson, a young singer from Michigan, appears on "Home"'s disco-sampling deep house while London singer-songwriter Jess Mills graces the album's two most irresistible pop songs, "Ordinary Madness" and "Music Is the Answer." Joe himself sings on a few tracks including the deeply personal "So Long," a tender reflection on parenthood and mortality. 'Electric Lines'' treasure chest of styles also includes lustrous electronic soul ("Lose Your Love"), rippling UK garage ("Truth Is Light") and shamanic psychedelic techno ("Children of the Sun").

Joe studied History at university and thinks of himself as a "pop historian," exploring the origins and evolution of different genres, creating a dialogue between old and new, and illuminating electronic music's common language. He's always looking for the tunes that bridge the gaps. "As a DJ it's become an obsession," he says. "The record that's pop but still cool, catchy but rhythmically exciting, sounds good in the club and on the radio. It works in all contexts. It happens so infrequently now because the scene is so fractured into a million different pieces but those records are what I'm always trying to make. It seems like such a brilliant thing, drawing people together."

'Electric Lines' is a generous, embracing album which joins the dots of electronic music with great warmth and exquisite skill. It's also the musical autobiography of a man who has been inhabiting club culture for over 20 years and knows all the links in the chain. It's the perfect expression of Joe's open-hearted idealism, following the lines that draw people together -- a towering achievement which deservedly earns a place alongside seminal titles such as 'Leftism,' 'Blue Lines' and 'Remedy' whist also showing new ways forward. An important record for an important time, 'Electric Lines' is set to draw the map of 2017's musical landscape.