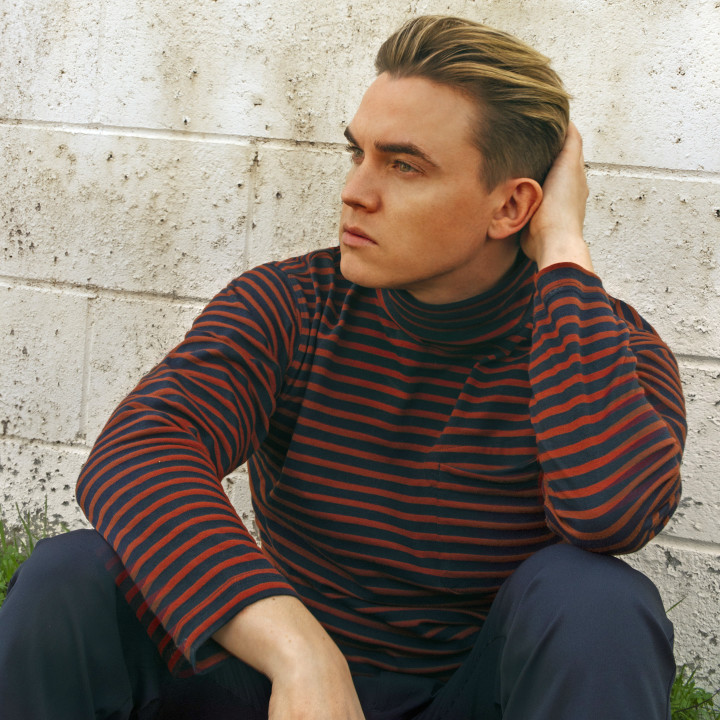 Since the start of his career, New York-born and Los Angeles-based singer, songwriter, artist, and actor Jesse McCartney has built a catalog of instantly recognizable anthems and captivated audiences on the road and on-screen. His first three albums -- the Platinum Beautiful Soul [2004], Right Where You Want Me [2006], and Departure [2008] -- consecutively bowed in the Top 15 of the Billboard Top 200 with the singles "Beautiful Soul" minted Gold and "Leavin'" certified Platinum. Plus, he collaborated with T-Pain on the cross-genre banger "Body Language." Meanwhile, SPIN touted In Technicolor among its "Top 20 Pop Albums of 2014." Along the way, he performed in arenas alongside the likes of New Kids on the Block and Backstreet Boys in addition to packing global headline tours and hosting shows for both George W. Bush and Barack Obama. A sought-after songwriter, he notably wrote the 4x-Platinum GRAMMY® Award-nominated "Bleeding Love" for Leona Lewis. In 2018, the one-off single "Better With You" racked up nearly 30 million cumulative streams and paved the way for his fifth offering. Simultaneously, his acting credits grew to include everything from Chernobyl Diaries and Fear The Walking Dead to Alvin and the Chipmunks, and even voicing the character Roxas/Ventus in gamer favorite Kingdom Hearts. In 2020, Jesse was revealed as the fan favorite Turtle in the third season finale of Fox's The Masked Singer. In 2020 he has released single "Friends," an homage to the people who became chosen family which followed the release of "Yours," an introspective look at the different roles he's played throughout his life. " Beyond this year, I'm looking forward to a whole new stage."