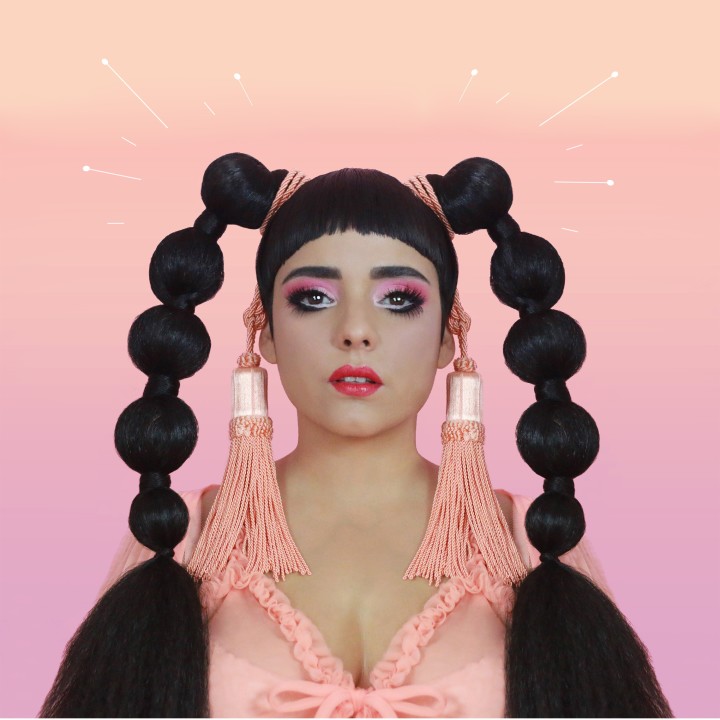 Jarina De Marco and her sound embody the multi-ethnic future. Her work defiantly transcends categories and borders. She is a creative visionary who sings in four languages and spearheads all aspects of her project: songwriting, production, visual design and video direction.

Jarina's first single "Tigre" was released as part of the Broad City (Comedy Central) soundtrack, and is one of many songs of hers featured on the show. Pitchfork and FADER were among her early supporters as well as Mark Ronson and Major Lazer who have collaborated with her as a vocalist for their projects. Watch Tigre video.

Following the success of “Tigre,” she released "Release The Hounds" in support for the people of Standing Rock’s movement to protect their land against the Dakota pipeline. Rosario Dawson, Chris Rock, Laura Gomez and others joined in the cause to create this moving visual piece.

Most recently Jarina released her “no fucks giving” single “STFU” or “Shut The Fuck Up” on Diplo’s MAD DECENT, which features a VIDEO full of lavender clad disciples, worshipping their deity and having their “fucks” washed away, one by one.

Jarina’s childhood and family inform her genre-defying sound and politics. She was born in the Dominican Republic and spent her early years traveling in remote parts of the Amazonian rainforest and Dominican countryside, cataloguing indigenous sounds and rhythms with her parents, both renowned musicologists and musicians. As part of the resistance against the brutal dictatorship of Joaquín Balaguer, her parents performed a protest song in front of a large public gathering and had to immediately flee the country as they were forced into exile, relocating to Montreal until it was safe to return home.

As an outspoken advocate of women's rights and human equality, Jarina's music is a unique blend of global consciousness and global rhythms. She simultaneously supports the message of resistance, while creating a colorful sound entirely her own.