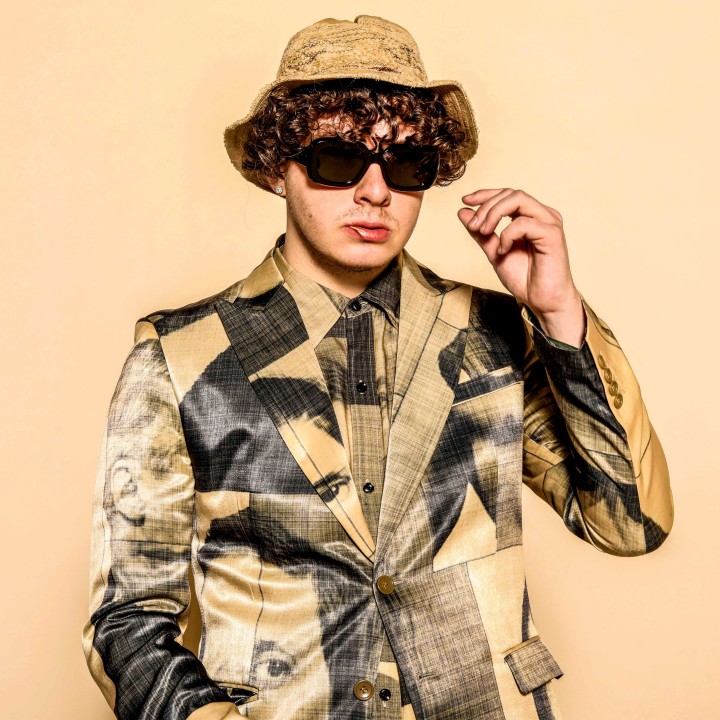 Jack Harlow embodies effortlessness. The 22-year-old, Louisville, Kentucky native has seen a meteoric rise since the release of his 2020 single, the Platinum "WHATS POPPIN." Produced by Jetsonmade and Pooh Beatz, "WHATS POPPIN" is poised to be the first of many mainstream hits for the rapper who got his start writing poetry and wrote one of his first verses at age 12. Breaking out for the first time in 2017 with "Dark Knight," the Jack Harlow story is one made of a decade of shedding ego, chasing fire, and getting as close to fluidity as possible.

Inspired by his mom's love of hip-hop, André 3000, Missy Elliott, Drake, and more icons, the Generation Now/Atlantic Records artist's journey through hip-hop feels as if it has several start points. Growing his profile as prolific, Jack Harlow has released a project a year since 2015: 2015's Handsome Harlow EP, 2016's 18, 2017's Gazebo, 2018's Loose, 2019's Confetti, and 2020's Sweet Action EP. On each of these projects, Harlow displayed his range as a rapper, going from making certified bangers to witty pop hits, to songs so bare, they felt timeless upon the first play. Beneath the veneer of a good time, Jack Harlow remains a wise thinker.

Jack Harlow's consistent streak of releases has led to accolades, which include a notable nomination for "Best Mixtape" (Loose) at the 2019 BET Hip Hop Awards, being named MTV's global PUSH Artist of the Month for May 2020 and receiving recognition from a wide-array of acclaimed publications including Rolling Stone, New York Times, NPR, XXL, Billboard, DJBooth and more. Forbes stated that Harlow's ."..determination paid off," adding that he is ."..posied for hip-hop nobility," while FADER declared him "a maverick rapper destined for legendary status."

This brings us back to "WHATS POPPIN." A star with a heart of gold, Harlow performed the bouncy yet hard-hitting song during his national television debut on The Tonight Show Starring Jimmy Fallon. Harlow enlisted DaBaby, Tory Lanez and the legendary Lil Wayne to give fresh life to the already undeniable and inescapable hit single, solidifying the song's spot in the upper half of the top 10 on Billboard's Hot 100, for most of Summer 2020. With a fiery new verse of his own into the mix, the "WHATS POPPIN" remix is yet another milestone in Harlow's career, one marked by timely co-signs and effortless singles, and an endless process of watering seeds and watching them grow.