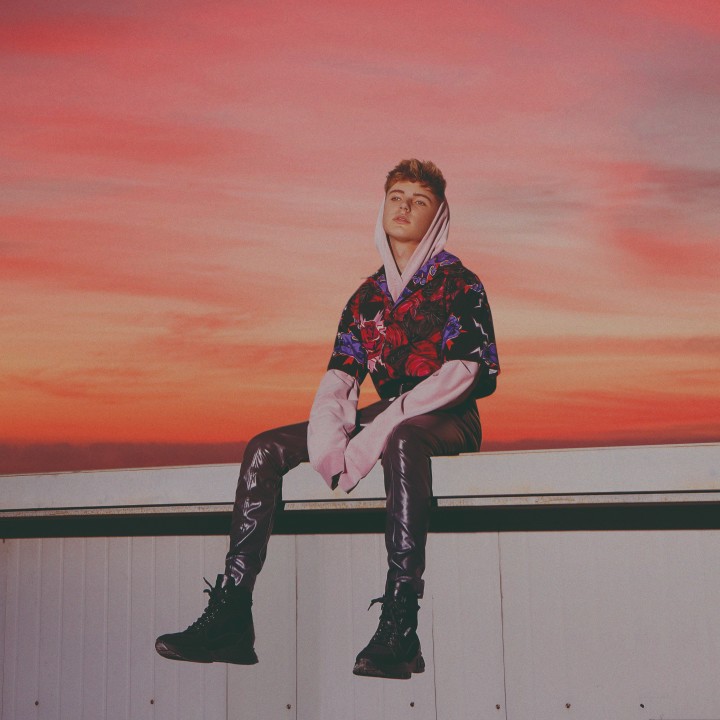 3.4 Million Instagram followers, 1.6 Million YouTube subscribers, 1.9m Musical.ly subscribers and 1m Facebook followers . The 18-year-old from Kent has been building his social media profile since he was just 13. When HRVY was just 13 he began sharing covers of Justin Timberlake and Trey Songz hits. "I'd always pick a song that were heartfelt and that I really enjoyed singing, but I'd also make sure it was a relevant song at the time, one that people were searching for. There's no point covering a song that no one's going to hear," he explains.

HRVY's FaceBook covers created enough buzz to win him a management deal, but he kept his budding music career separate from his school life. "Music had to take a backseat until I was 16," he recalls. "There were a lot of things I couldn't do because I was a minor. And though people at school knew about my music, I Didn't go around Flaunting what I was doing, Its just not who I am, But as soon as I left school, I was able to focus on my music completely."

Straight after completing school, HRVY and his manager flew to the US to work on new music and and Hang out with other social media collaborators he'd met on line ,many of them have now become some of his best friends. "We're always making content together: I'll be in their videos, they'll be in mine. But in the process it's created a really nice friendship group for me in America. They're all so supportive of everything I'm doing," he says.

As an unsigned artist, HRVY walked into Babyface's recording complex in L.A., past the photos of Justin Timberlake and Katy Perry on the walls, and sang to the legendary R&B producer and his team convincing them to work with him. He also began recording music with other writers and producers including The Rascals (Ariana Grande) and Jin Jin (Little Mix, Jess Glynne) and Within 18 months of leaving school, he’d signed a record deal with Virgin EMI in the UK and Capitol in the US.

In the start of 2018 HRVY dropped a couple of EPs and continued to evolve his sound, which he describes as "definitely pop, but with an R&B influence in places." his debut EP 'Holiday' reached No.2 on the iTunes album chart and No.1 on the Spotify Viral Chart. His debuted music videos for 'Personal' and Hasta Luego have racked up over 160 Million views - a million of which came in the first 24 hours for both songs. Both super-catchy tracks 'Personal' and ‘Hasta Luego’ have taken off online, Worldwide.

"We wrote “Personal" with a team ive guys that I work with in the U.K that are awesome and then had the idea of Having a girl say one line in the song "Dont Take it Personal' We Drafted in Loren Gray who's under the same management and the video dropped and the song just Blew up organically, I still cant believe its at over 140 million with over 60 million streams on Spotify, its all really exciting for me"

HRVY continuing to hone his dance skills with Kenny Wormald, the renowned dancer and choreographer who starred in 2011's 'Footloose' remake, Is preparing to tour the world “The cool thing for artists now is not to dance - to be chill and laid-back on stage. But I'm bored with that kind of performance,” HRVY says. “I want to bring back the days where artists did routines on stage, and music videos were full of dancing, and there was loads of pyrotechnics and costume changes on-stage like the old days. Everything was just so much bigger!" With that said, Fresh off a UK Arena tour, With 'The Vamps'. and with his own sell out tour of the U.K, Ireland and Europe in including a sell out Shepherds Bush Emipre in London, HRVY is also planning to Drop new music in August 2018.

HRVY says he's most inspired by Justin Timberlake, Beyoncé and Jennifer Lopez - artists who can "get on stage and totally own it". And like those artists, he wants to shape himself into an all-round entertainer. "It's early days, but when people hear the name HRVY, I want them to think, ‘He’s a triple threat: dancer, singer, actor.' I know I still have a lot of work to do, but I'm prepared to put it in. I’m prepared to work as hard as it takes."