His Name is Alive 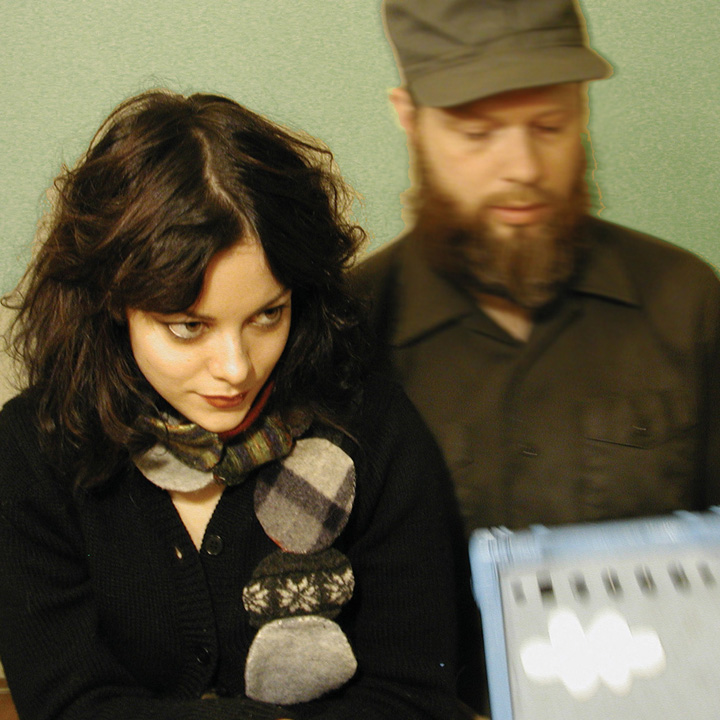 “Essentially, His Name Is Alive make simple music in a complex way and make it sound incredibly simple" - Melody Maker, 1997

It all began in 1990. Ivo received a cassette in the mail from basement auteur Warren Defever of Livonia, Michigan. It bore the hand-scrawled label: "His Name Is Alive - I Had Sex With God". Over the next few months, two more versions of the tape showed up, each loaded with strange variations on the material from previous efforts, which multi-instrumentalist Defever had recorded in conjunction with singer Karin Oliver and drummer Damian Lang. Intrigued by this avalanche of painstakingly layered music, Ivo offered to try mixing it. He went into the studio with John Fryer and messed around with the tapes. Warren liked the results, and the finished product became His Name Is Alive's 4AD debut Livonia - a textured, artful maze of found sounds, guitar-noise, tape loops and ghostly vocals.

Ivo played much the same role in the making of His Name Is Alive's second album, Home Is In Your Head, released in 1991. Beginning with a pile of tapes sent to him by Defever, he proceeded to edit and mix the material - sometimes making songs out of fragments, sometimes breaking songs down into their component parts. The resulting 23-track opus was a surrealist collage of intangible feelings that flowed organically from start to finish.

Warren returned the following year with a new five-song EP. Named after his rock side-project, The Dirt Eaters showcased its creator's gift for spectral melodies and also an eccentric line in cover versions: its lead track was a thoroughly Defeverized version of Rainbow's "Man On The Silver Mountain". Third album Mouth By Mouth was actually composed of pieces of two separate recordings - one by His Name Is Alive, the other by The Dirt Eaters. Splicing together the highights into a single unit resulted in a richly diverse and decidedly more song-oriented work.

His Name Is Alive made a triumphant return in 1996 with Stars On ESP, a wildly eclectic avant-pop set that found Defever drawing inspiration from such diverse sources as Phil Spector, early ska and reggae, Woody Guthrie, cult '60s label ESP (hence the title) and a series of forgotten records by actor David McCallum. Its centerpiece was the jaw-dropping single "Universal Frequencies" , which successfully reinvented the Beach Boys classic "Good Vibrations." In an aptly Spectorian gesture, Defever created a special mono mix of the album, available only on vinyl.

Having by now trained his listeners to expect the unexpected, Warren took His Name Is Alive in a new direction for 1998's Ft. Lake, which was co-produced by local sound engineer Steve King (who had worked with the likes of Aretha Frank and Funkadelic). A lively blend of rock 'n' roll, funk, R&B and synth interludes, the album spotlighted new co-vocalist Lovetta Pippen, a member of the Detroit gospel choir which guested on Stars On ESP. The subject matter was typically esoteric - Lovetta and longtime collaborator Karin Oliver singing about Charlie Brown, comely waitresses and the scientist Nikolai Tesla - while Defever's explanation for the title ran thus: "In Michigan there's a Civil War fort which was poorly designed and fell into disrepair. It had sunk into the ground and a lake had formed around it by the turn of the century, and it became known as Fort Lake. One historical group wants to raise the fort and move it to Detroit, while the Michigan African-American Historical Society feel it should be left where it is - it was manned by mainly African-American soldiers in the war. We feel that represents our album - a giant sinking fort. We just do what we can to protect it."

Entering the new millennium, sixth album Someday My Blues Will Cover The Earth condensed more than a decade of hands-on studio skills into a minimalist suite of quietly intense heartbreak. Built around Lovetta's scorched sensuality, its songs were skeletal laments drawing on the purest blues, jazz and soul; they were well-served by a spacious yet intimate production style, which sparkled with the kind of leftfield touches that animate the finest examples of contemporary R&B. The band's final record for 4AD was 2002's Last Night, which replaced the sparse, state-of-the-art sound design of Someday My Blues... with earthier, full-bodied arrangements. As Warren himself observed, "The last one was such a downer that we wanted to get it on with a saxophone and a conga player."

The six albums and various EPs that His Name Is Alive made for 4AD are only the tip of the iceberg: a gateway to a world teeming with side-projects, one-offs and collaborations, festooned with tape-only artefacts, limited-run CDRs and hand-crafted art objects. Over the years, their concerts have featured puppet shows, a man in a whale suit and, occasionally, a giant robot.