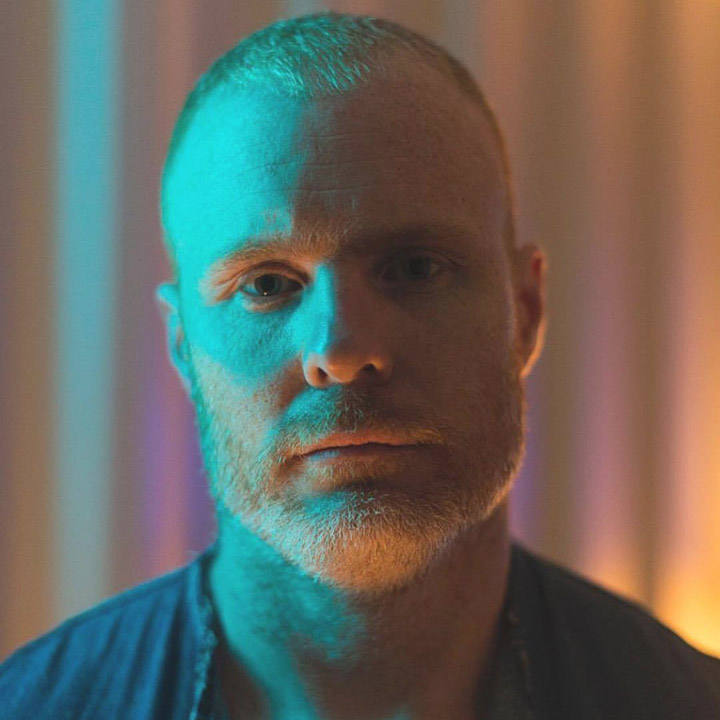 Hercules & Love Affair have always known how to tear the roof off a festival dance tent but their new live set-up takes things to a whole new level. Hercules main man Andy Butler's love of classic disco and house remains central but his growing affection for tougher- edged techno sounds only adds to the band's appeal.

"It's all being reworked," says Butler gleefully, "Not only is there a different visual language but we've sonically injected new life into everything, reworking the dynamics. There's also a new participant in the live performance, Constantin Zeileissen from the Viennese techno outfit Haze Factory, who co-produced the last album. His techno background has helped in reimagining old Hercules material, making it sound bigger and more epic."

From his teenage years, DJing at underground leather nights in his native Denver, to his escape to New York, home to the original wild gay nightworld that gave birth to rave, to in- venting Hercules & Love Affair as an outlet for his songs, music was always at the heart of Butler's universe. Throughout three albums -- the retro-futurist Paradise-Garage grooves of the eponymous 2008 debut, the thoughtful elegiac songwriting of 2011's 'Blue Songs,' and the bumping, grittier pulse of last year's 'The Feast of the Broken Heart' -- Hercules & Love Affair have nailed a body of work that bridges the dance floor and the home listening experience. Butler's songs are unique creatures, capable of swaying clubs but also boast- ing a punctilious attention to orchestration and lyrical bite. This perfectionism began with his opening shot, the 2008 classic 'Blind,' featuring his college friend Antony "and the Johnsons" Hegarty on vocals, and continued through later material with John Grant and Bloc Party's Kele Okereke, as well as Butler's recent solo foray into gospel-techno, the single "You Can Shine" featuring rising New York star Richard Kennedy.

In the live arena Butler ensures there is no shortfall in vocal talent. Indeed a recent Guardian live review was headlined, "Who Needs Guest Stars With Vocalists This Good?" The gig in question featured Hercules' current front-persons Rouge Mary and Gustaph about whom Butler bubbles over with enthusiasm.

"They are two of the most exciting and inspiring people I've ever worked with," he says, "partly because they have technical facilities which allow me to imagine even more when it comes to songwriting and production but also because, in a live environment, they're just dazzling. Rouge comes from this gospel, improvisational, testifying background and is so fun to work with because things happen on the fly, melodies are so finessed and perfect, and such gender play onstage -- Rouge just goes there! Gustaph's strength lies in techni- cal ability but more controlled and considered. He is a trained vocalist with this God-given ability, and when he travels into the higher registers it's awe-inspiring, an amazingly strong falsetto."

The new show also benefits from visuals by film-maker David Wilson, who directed the video for the single 'I Try to Talk to You.' He and Butler connected over the Adult Swim TV animation network.

"David had a whole series of these short films, brilliant, striking graphics," Butler explains, "I told him how much I loved them and he got excited about it. He animated a whole bunch of things based on the paintings by Marianne Vlaschits from which the cover of 'The Feast of the Broken Heart' is taken. His work is very strong, aesthetic, playful, colourful and so- phisticated."

Butler also has his hands full running his label mr.intl, releasing music he discovers on his travels -- such as the band Sísý Ey from Iceland -- but his new home in Belgium is also proving a fine base of operations to tune up his love of techno.

"I pick up 20 records at a time," he enthuses, "New Beat from the '80s, acid gems from '88, Detroit-sounding techno, killer tracks, future classics that still haven't been rediscovered. It all feeds into where I'm going with my music. I'm interested in exploring extremes a bit more..."

Next year will see a new Hercules & Love Affair album but in the meantime Butler and the Band are hitting the road, toned, trained and ready to perform a vibrant new show explor- ing those extremes which Andy Butler is so keen on. There has never been a better time to catch them.