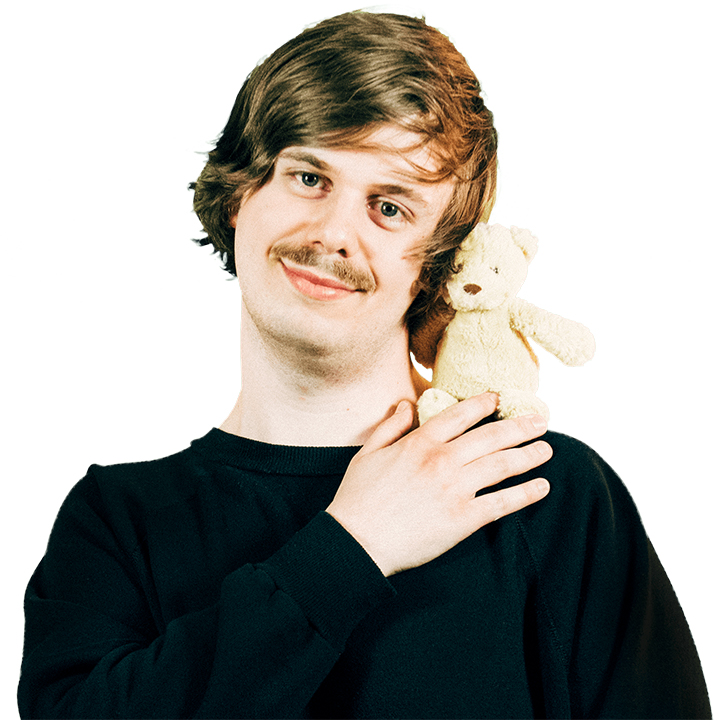 How good can you do the things that are bad? How much can you love what you hate? How sad can you be and still show people that you are happy? -- Henrik The Artist

What's so bad about feeling good? Why must our 'guilty' pleasures lie dormant; festering in the depths of our dark, destitute souls?

Meet Henrik the Artist. Henrik, the musician. Henrik, the poet. Henrik, of your heart (and News Feed). A little ray of sonic sunshine, taking your dirty musical laundry and laying it out on the street... probably whilst serving light refreshments from a ramshackle soda stand blaring Rozalla's 'Everybody's Free' (To Feel Good).

As one quarter of Norwegian collective RYTMEKLUBBEN, Henrik first emerged on the club scene early 2015. His unique brand of club music brings together a love of commercial pop and music from the 90s-00s, and mixes them together with more underground bass inspired sounds, such as Jersey Club.

"I have been driven by the idea of trying to make the kind of music that I do not like so much rather than searching for that perfect model of what your music should sound like," Henrik explains. Perhaps it stems from his purist past, and apparent emancipation, which today finds him embracing a carefree, no-shits-given approach to music."

"I've been doing club music for a few years now, and I think I just got tired of chasing that unattainable concept of 'music I like.' You have this idea of what you want to make and then you're always trying to make something that fits into that mold.

"I'd been trying to make this perfect sound including everything I like and everything I'm a big fan of, but then I thought, OK, what happens if I do the exact opposite of that? The result is kind of weird as there are some elements that are not usually within the palette of what I like, but you just naturally throw in your own experiences and stuff that you really like and respect without knowing it."

For Henrik, it's not just about music. It's about friends and art. Friends that he meets online, such as Ryan Hemsworth, who released his debut single 'Naked' via Secret Songs. Friends in the clubs he packs out time and time again, including London's Birthdays and Power Lunches. Friends to collaborate with, such as Kochi Boy and Mad Decent signing Liz, whom invited Henrik to feature on her new album set for release via Sony/Columbia.

"In the world of art and music there is a kind of arrogance and attitude that I really don't understand," Henrik says. "We are all people and should be treated with respect. I want this to be a project that people can relate to like a friend, connecting on a more personal level."

It's a principal that's applied not only to his day-to-day dealings, but also cyber-social persona. His Facebook wall reads something like an emotional scrapbook; an illustrated, interactive dear-diary that will leave you confused and equally amused. Henrik also writes poems with each release, expressing the emotions behind each track. The aim is to intrigue and help move the user towards the feelings of "true happiness."

Love him or hate him (unlikely), you certainly can't ignore him. It won't be long before Henrik is leaving his mark on soundscapes across the globe. Become one of his true friends -- the door is always open.