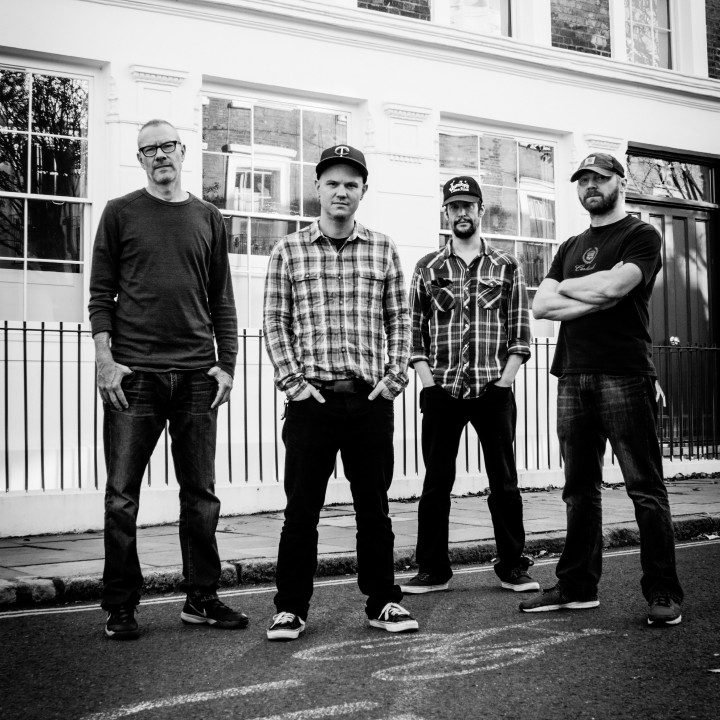 Helmet was formed in New York City in 1989 by founding members Page Hamilton, Henry Bogdan, Peter Mengede, and John Stanier. The group soon after signed to Ampthetamine Reptile Records and released their first full length Strap It On in 1991. Interscope Records soon came calling and signed the band in 1992. Their label debut Meantime went on to sell over a million copies and earned a Grammy nomination.

The band has released eight albums over the last 30 years and has gone through different personnel before settling on the current lineup of Page Hamilton, Dan Beeman, Dave Case, and Kyle Stevenson – which has proven to be the most consistent and longest running iteration of the band.

The band has also contributed music to a number of films including Johnny Mnemonic, The Crow, Feeling Minnesota, The Jerky Boys, Gun Crazy and Judgement Night (a collaboration with hip hop group House of Pain). Their most recent album Dead To The World was released in 2016 by German-based label earMusic.