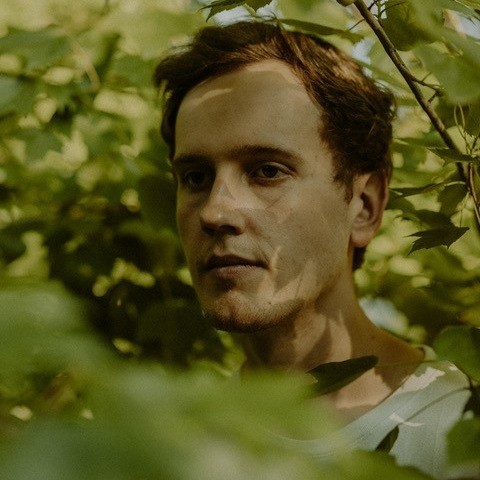 There’s a certain power to music, a magic that allows the listener to be transported into a new place where their fears and needs are understood. It’s that spellbinding quality that’s at the root of Hazey Eyes and his new EP, ‘Some Reason’, a record that’s as much a comfort blanket as it is a cushion to sit back and reflect on past and future experiences.

Growing up between Philadelphia and New Jersey, the twenty-one year old artist is classically trained in a slew of instruments: from violin to piano to upright bass. “When I was a kid I hated practicing,” Thomas explains, but he was pushed onward by a musical family (his dad plays saxophone, clarinet and piano) eventually ending up being rated in the Top 5 players in his state.

Music began early for Hazey Eyes. As well as his work in the classical world, in high school he formed a heavy metal band. Though it’s a far cry from the subtle, relaxing sound he makes now, the name Hazey Eyes is a subtle nod to his heavier background – it’s taken from a lyric in the first chorus on Taking Back Sunday’s debut album.

Once high school was over Thomas moved to university, where he studied to become an electrical engineer. At this point the EDM bubble in the United States had yet to burst and he became entrenched in the burgeoning scene. “I started producing with my metal band but I didn’t try any other instrumentation beside guitar bass and drums. When I went to college I heard electronic music and it changed my palette.”

Though there are subtle nods to his electronic background in the music, Hazey Eyes sits in a place of his own – one of comforting reflection, somewhere between the hours when night time begins and the day ends, all compliment with strings hinting at his orchestral background. “Writing music is a way for me to blow off steam,” he says. “I come home from work and play the piano and see what comes out. I don’t open Ableton with a goal in mind. I think it’s really important to let my ears guide me.”

The result is an EP centered firmly in the realm of heartbreak. “It’s focused on relationships, the darker side of them,” Thomas says, hinting at each of the tracks on the record. “ If you know me personally I’m an upbeat person but this is the outlet for when I’m by myself, personal reflecting on things. It’s a little bit of reflection in the darkness.”

Completed with a selection of vocalists Thomas scouted out via Soundcloud – “I take pride in the random messages I send on there” – it’s a record of full vision, coloured with the shifting pain and revelation that comes with being heartbroken and left to pick up the pieces of something that’s been lost.

Title track “Some Reason”, featuring FEELDS, is at the root of the fall out. “Let something be my light,” he sings above a subtle rhythm that slowly builds into an emotional crescendo. It’s not exactly EDM as anyone has known it before, it’s a slightly different moniker: Emotional Dance Music. Finger clicks, synths, piano, cymbals, everything builds to the final statement: “for some damn reason”.

“My first EP I didn’t get a chance to work with any vocalists,” Thomas says of his decision to bring singers on board. “I’m a lot more interested these days in the whole meaning of a song, the story they have and the message they can portray.” As the EP builds we begin to get a sense of the changing emotion with third track “Skyline” seeing singer Claire Ridgely ask to be “lifted up above the skyline”. It’s a uniquely euphoric moment, tinged with the sadness of the past and a desire to be moved forward. Meanwhile closing track “Run For” – which Thomas created on Christmas Day and features Violet Skies – ends with a satisfying and triumphant conclusion, a powerful knowledge about a relationship’s end, sandwiched between orchestral strings.

Life can often throw curveballs, upending a once-pleasant situation and clouding it with darkness. In these times the music of Hazey Eyes is important: a way to feel less alone, to reconsider things, to even find a kind of happy solace in the sadness – all of which is important to move forward. Part of that comes from his heavy metal background, some of it comes from his dabbling with EDM. Ultimately however, this is a new sound, a new feeling – a fresh light on the world.