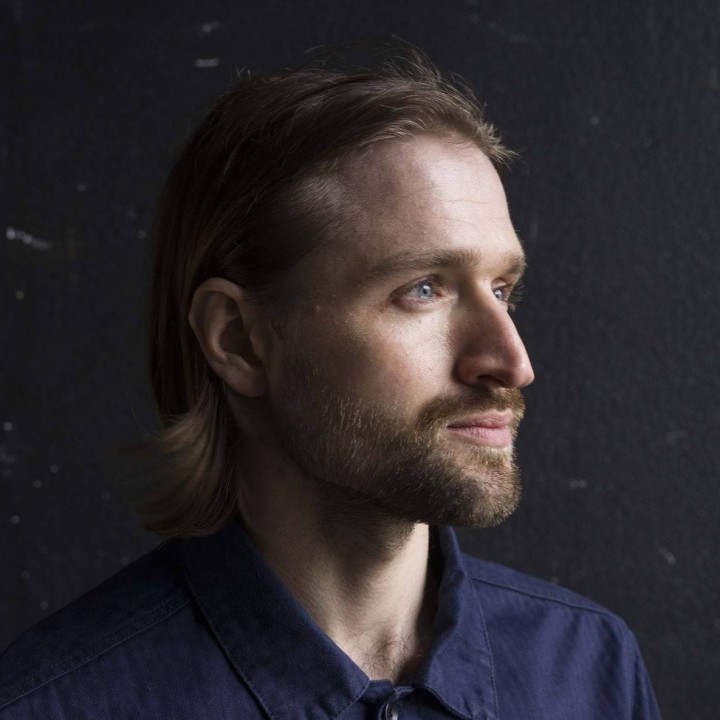 Definition of diviner
1: a person who practices divination : SOOTHSAYER
2: a person who divines the location of water or minerals

“Diviner was an album written in secret,” says Hayden Thorpe. “In the holding room between past and future.”

Diviner is a deeply emotional album: lyrically generous in its candid tone and self-awareness, the melodies resonant with sense memory. Weaving piano, ambient guitar drifts, rainbow chords, propulsive bass lines and cosmic synth washes are some of the brushstrokes while the songs often twist and turn, confounding sonic expectations. It feels like a startling departure from Thorpe’s previous work and also unlike anything else being made at the moment. Throughout the record, his voice is a beacon, sounding even more powerfully unfettered than before, as if he’d found a new inner voice, a new way to use his instrument.

The title track was written first, on his birthday in Los Angeles. He’d left the bitter Lake District winter behind, where the decision had just been made for Wild Beasts to go their separate ways after over a decade, and escaped to the perpetual blues skies of California. “I needed to suspend winter, and the forces of decay and the forces of change,” he says. “'Diviner' became the first song and the divining rod for what was going to be next.”

It’s a tender, euphonious opener with burnished keys and serpentine voice, which acted as a compass for the rest of the album. It was a time of enormous change and upheaval: leaving his fraternity and suddenly spending huge amounts of time alone. “I was basically on the run,” he says.

Upon returning to London, Thorpe turned to his piano for starters. “In the snowglobe of that time, the piano was the most earth-bound object in my house,” he says. “It became a totem. It was the predictability of it. This sequence of notes in this order, this alignment of mechanics, was reassuring. It was a coal-face to mine from: what can you do with this sequence of notes? Then I became embroiled again in the mystery of song.”

He chose not to use a computer to create the music at all over the writing of the album, and stripped it back to the voice and the piano, the songs existing in the ether, untethered from grids and systems. Deliberately working with limited apparatus, he wanted the voice and the instrument to be enough. It was a good decision: even with that initial minimal skeleton, the songs are so rich and assured they become maximalist and luxurious.

The result is an intimate record of vulnerability and emotional truth. But it took a little while to get there during an intense process of soul-searching. At one point he lost his voice entirely to a rather gruesome throat condition called Quinsy. It was while recuperating at his father’s house in the Lakes, playing on the piano that he learnt on as a boy, that he realised the songs needed to become an album.

With voice refound, he began writing more music in a fervent period in his flat in Walthamstow. Home became a womb-like space where he worked out his new life, story and belief systems. “My adulthood was based on a certain belief system, a band, a family. When it shifted entirely, I had a ghost I had to find a new haunt for,” he says. But his belief in songs as transformative entities kept him going. “I believe in the medicinal properties of songs. I believe in their healing properties,” he says. “Songs defy time, they don’t erode or denature, they come with you and reform anew in your mind as and when you need them.”

“I broke up with myself. So this is a break-up album, but not about a relationship. It’s a break-up from a past self, it’s a breakup from the old idea of yourself and therefore every relationship, of all kinds, that you’ve ever had.”

Then he started working with Leo Abrahams, who produced the album and became another divining rod. “He breaks your heart with a chord,” says Thorpe. “I went to the one person I knew who’d broken my heart with his musicianship.” The production is spell binding, with lapping synths and glittering basslines, and shades of Kate Bush’s Aerial and Jon Hopkins’ Immunity. Recording took place in Cornwall, where he stayed with Leo’s parents. The mixing took place in Lexxx’s studio beside his house which added to the ‘homebound’ and intimate feel of the record. “Music made in the home doesn’t dress itself for the outside gaze, it need not arrive or prepare”.

Despite a period of identity-interrogation, the album doesn’t sound anguished or sentimental. It has an equilibrium and a sophisticated tone. “I was assuming my natural shape,” says Thorpe. “I was coming back to myself and picking up bits that I left behind a long time ago for greater causes and greater reasons and there was an emotional stock-check.”

He had to access a pre-Wild Beasts Hayden, which meant delving back to his teenage years, sometimes literally. He started to write 'Spherical Time' - a sensuous half speed instrumental track with shades of Tim Hecker’s drone work which sounds like tendrils of sunlight - when he was 16, about half his current age. "I began to get an uncanny sense that none of this was coincidence, as if the songs had always been there, frequencies hanging in the air, awaiting my right mind to realise them. Endings and beginnings are symmetrical, or at least we apply an order to them, and symmetry is satisfying to the chaotic mind”.

Diviner exists on its own terms. It has a unique intimacy and open throbbing heart: at times it is honeyed, gentle, and elegantly simple, at others it is voluptuous and shiver-giving and brims with propulsive emotion. With a unique identity as to Thorpe's life course and an unusual philosophical depth, this is a very special debut album indeed.