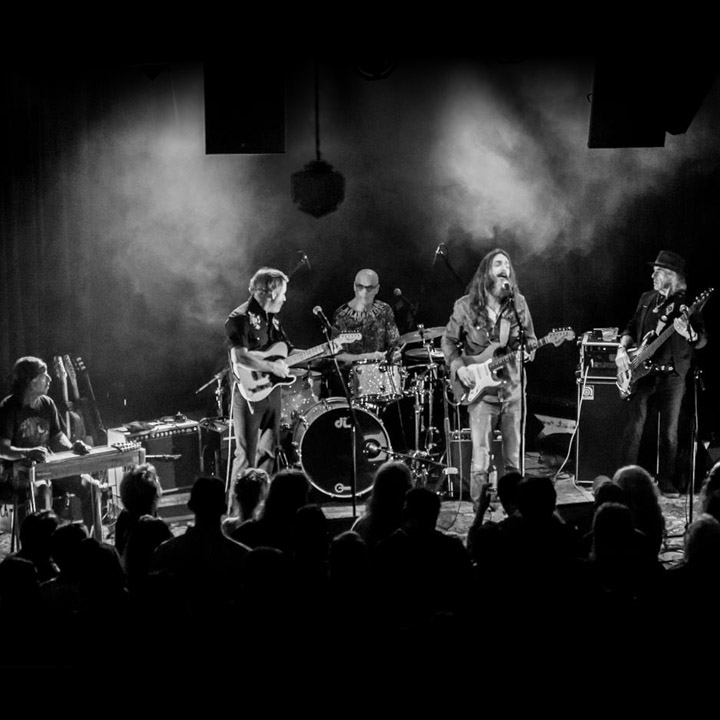 "From the sage smoke and mists of Marin come your local purveyors of Cosmic Cali country music, playing the dusty country classics of your dreams."

Chris Robinson's orbital pull is not unlike that of Mercury or Mars. CR spends so much time in outer space, merrily revolving around the rock and roll solar system, he's pulled in satellites, space freaks and shooting stars all in the form of stellar musicians of the "All-Star" variety... the cosmic rangers known as The Green Leaf Rustlers are just that! A down to earth all-star rock and roll band that'll put your head in the stars.
Brent Rademaker 2019