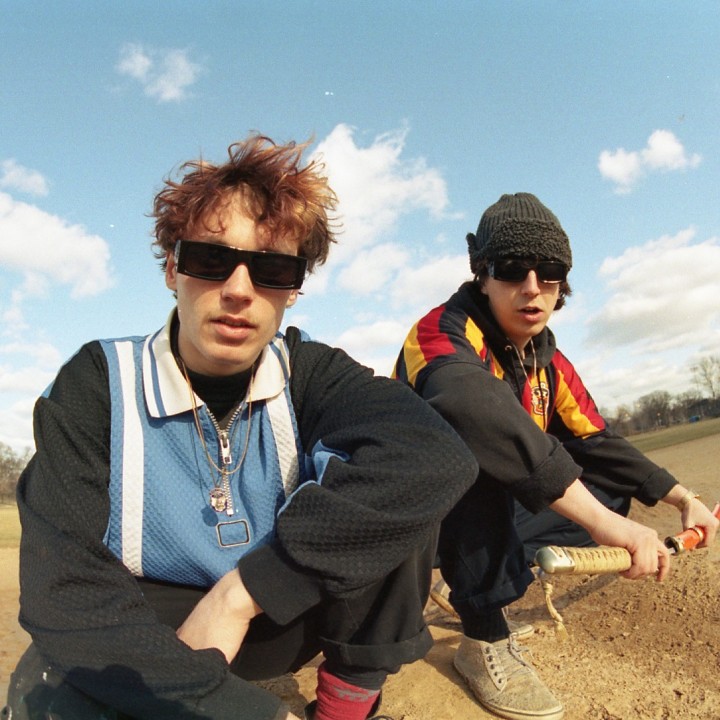 Concocting a freshly strange blend of synth pop and damaged folk music, Grapetooth announces its self-titled debut album set for release via Polyvinyl Record Co. The Chicago duo of Chris Bailoni and Clay Frankel capture a feeling somewhere between the doomy disco of 80's new wave and the woozy laments of artists like Arthur Russell and Jeff Cowell. Grapetooth contains songs about death and love and the movie "Badlands" and more than a few songs about wine.

The two don't remember clearly how they met, but Frankel, home from tour with garage rock outfit Twin Peaks, began dropping in at Bailoni's residence in the winter of 2015. The two began writing spontaneous songs in Bailoni's synth laden bedroom studio, which had long stood as the base of operations for his own wonderfully weird solo and producer work as Home-Sick.

By 2016 the two friends were sharing an apartment, along with a growing fondness for red wine, bad weather, and the music of Yukihiro Takahashi. Though still without a name or any intention to release their music, as roommates the two collaborated more and more often, at all hours of the day and night. Soon they had quite a score, and agreed to play a show opening for their close friend Knox Fortune for his upcoming album release show. They chose the name Grapetooth, an affectionate slang term for a wino, and decided to make a video in support of the upcoming show for their song "Trouble," one of the earliest songs the two had written together. Like the song itself, which had been written and recorded in the course of one night inside Bailoni's bedroom, the video was similarly unplanned and on the cheap, and they posted it online without further ado. The reception was encouraging, and the pair went back to the bedroom and focused on completing their debut album.

On the strength of "Trouble" and their second single "Violent," Grapetooth is fast becoming a favorite of many established Chicago bands.