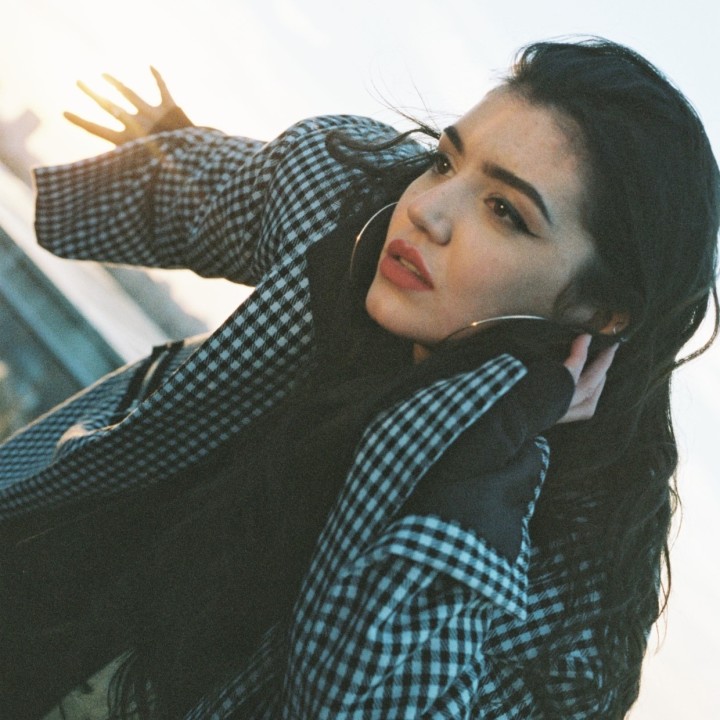 Please show some respect and be upstanding for the best new pop artist of 2019; 20-year-old British singer-songwriter Gracey, aka Grace Barker. Yes yes, you've heard all this before, but this is a real deal situation we're working with here; an artist who understands pop and can effortlessly distill her own experiences into songs that make you feel something. For example, her atmospheric, effortlessly forward-thinking debut single ‘Different Things’, a strung out but emotionally raw depiction of a relationship stretched to breaking point that showcases Gracey's brutally honest approach to her lyrics, inspired by the likes of Julia Michaels and Sia. Then there’s forthcoming second single ‘If You Love Me’, a gently percolating mix of supple handclaps and bubbling beats that explodes into a swirling cacophony showcasing one of the UK’s most arresting new voices. Or, if you'd given up on hearing an electro-tinged happy-sad banger to rival Robyn's classic ‘Dancing on My Own’, then fear not because Gracey's written Sad Song, a future global smash that takes heartbreak and alchemises it into crushingly relatable pop gold. Having started out as a songwriter for others – she's written for the likes of Jonas Blue, Sub Focus and MJ Cole – she wanted to wait to launch Gracey: the artist. “I didn't want to start my own project if I didn't have anything to say,” she says.

Gracey spent her early childhood searching for her calling. Growing up in Hayward's Heath (“such a Nan town”), her older brothers had their things; academia, sport, being the popular kids. Gracey, meanwhile, tried every single after school activity, desperately trying to find out what she was good at. Then, a devastating band split suddenly set her on the right track. “My brother used to be in a band and they broke up when they were 12,” she laughs, something she does a lot. “He was the singer but he couldn't actually sing. Anyway, one day he was like 'I can't go to my singing lesson, the band's broken up, it's too tragic' so I was like 'I'll go!'. This was after doing one school play and I thought I was a singer.” Another giggle. “The [singing coach] was like 'you're actually not bad' and I think that was the best thing anyone had said to me at that point.” Songwriting was the next step, obviously. “Pinkie Finger was my first hit, back in year 4,” she smiles before singing this early lost classic. “'Pinkie finger with a cherry on top, smile together and never ever stop'. My friend still sings that to me.”

Early idols included Gwen Stefani (“I've never been the girliest girl in the world but she felt like the perfect mix of sexy, strong and powerful”) and Katy Perry (“Teenage Dream is the most perfect album”), both artists with a love of the theatrical. Gracey followed suit, enrolling to do musical theatre at the prestigious Brit School, earning a place despite living outside of the catchment area. “My mum never made me feel like I was the little girl; she was so encouraging of my choices, so that really helped me with wanting to go to the Brit school.” The learning curve was huge: “Brit didn't teach me how to write songs, it taught me how to be. How to live”. Inspired by fellow Brit School alumni she started uploading songs to Soundcloud. “I had no set-up so I'd get Garageband on my phone and record onto there in my bathroom and I only had enough storage for half the song,” she explains. “Through that I ended up meeting loads of other musicians and then some managers and A&R people started contacting me. Then some people at Xenomania, which is where I ended up working for six months.”

That's right, those early Soundcloud demos caught the attention of one of the most influential pop hothouses of the naughties (Girls Aloud, Sugababes, Kylie, etc). Initially auditioned for a girlband, Gracey ended up as a songwriter, travelling to their studios after school every Friday, holed up in a little room on the top floor knocking out melodies. Then, still only 16, she met someone from Universal publishing who promptly signed her to a deal and put her in more writing sessions, including taking part in prestigious songwriting camps for the likes of XXX. Finally, she'd found what she was really good at. “I was about to leave school and all my teachers were like 'are you applying for drama school? What are you doing?'. I remember going to my tutor and saying 'yeah so I just signed a publishing deal with Universal' and she was like 'wow, okay, great'.”

While songwriting for others is something she's keen to continue, a burgeoning desire to be an artist in her own right was also manifesting itself. “Some of my main influences are people like Julia Michaels and how conversational and detailed her lyrics are. Then I also like Francis and the Lights, Imogen Heap and Christine and the Queens. Artists who know who they are.” Keen to only start her artist project once she had something to say, life provided that inspiration in the shape of a heartbreak. It's a relationship that's smeared all over her early songs, woven into their fabric.

It's there at the core of the melancholic new single ‘Different Things’ (“I wanted to love you, but you make it fucking hard to”), an emotional blood-letting written in half an hour. Or the storyline that runs through the immaculate ‘Sad Song’, produced by Starsmith (Ellie Goulding, Jess Glynne). “I would say I was in love with this guy. I really really liked him and I went to this party literally just for him.” A sigh followed by an eye-roll. “I'd painted my nails and I properly went for it. I wore a top he'd complimented me in before and then when I got there he was getting with another girl! You know when your heart just sinks, I had that feeling, and got an Uber home. I couldn't pretend. As soon as I got in the Uber it was playing the Black Eyes Peas' I Got A Feeling, and it was almost comical.” Sad Song is about wanting to hear a song that matches your mood, or as Gracey sings “I don't feel nothing from those 808s, I wanna hear somebody’s poor heart break like mine”. She knew immediately that she'd nailed it: “Depending on my mood, I'm either dancing or crying, so when we went into the studio I wanted it to be a bop, but if you listen to the lyrics you're actually really sad. That wasn't a difficult song to write – we did it in a couple of hours.”

In fact, a lot of these songs rely on this instinctual approach. Take the raw, slow-burn kiss off ‘Care Less’, which feels like the perfect showcase for Gracey's emotionally pummelling vocals. “It was another one that was so quick to write. I heard the chords and it just came out. I felt like Stormzy because I wrote the first verse without actually writing it down,” she giggles. Mind you, she's keen to move on from the Man Who Shall Not Be Named, with a recent songwriting trip to LA to work with people like After Hours and Jason Evigan inspired by her recent holiday in Peru (where, incidentally, she walked the Inca Trail with a broken foot after hurting it climbing off a bunk bed!). “I actually wrote a song [in LA] about technology and being online as opposed to being in the moment,” she says. “In Peru, I couldn't be on my phone so I had to do this thing where I actually spoke to people. It's about focusing on yourself and focusing on
your goals.”

A bubbly, often hilarious young woman in person, like all great songwriters and pop artists the emotions are never far from the surface. “I'm not super emo as a person, which is why I find it fascinating that my music is. It took me a while to work that out, but I'm one of those people where I don't want to be a burden on anyone, and I hold onto things for so long. It's so hard for me to let go. So I found it hard to go to my mum or friends and be like 'I'm sad about this still' so when I went into the studio the songs just came.” Like I said, we're talking grade-A proper pop star for decades to come material here.