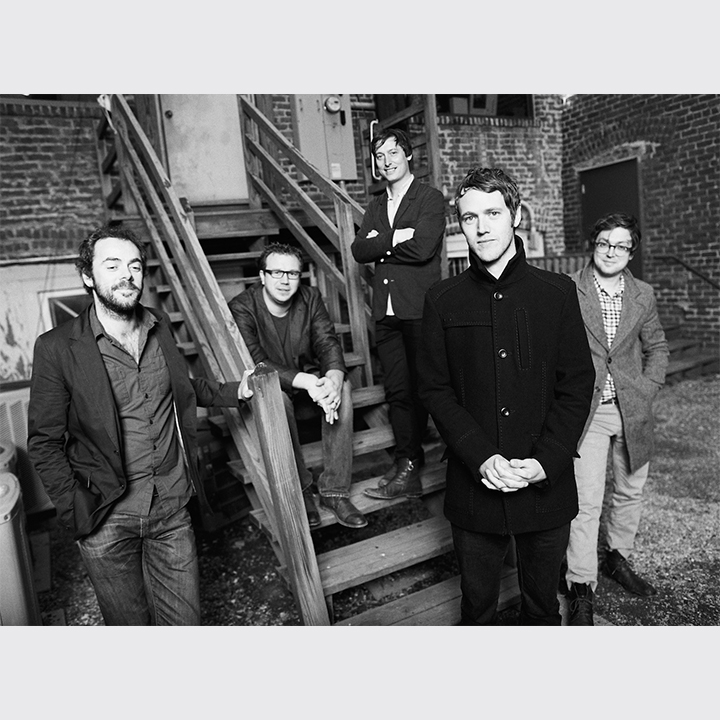 “No other record captures that period so perfectly,” says Elbow’s Guy Garvey. “The concerns of the songs. The stories, the experimental sounds. It was so brave for a band to record themselves at that time: it allowed a direct and undiluted account of the band as aspirational, big-hearted friends in love with making music and each other. It dared us to record ourselves. But they did it first. It’s the most deserving recipient of the Mercury Prize in its history: a breathlessly ambitious and lovingly crafted masterpiece. It should be called Bring It 'The Fuck' On.”

To commemorate the 20th anniversary of Gomez’s Mercury Music Prize winning debut album, Bring It On will be re-mastered and reissued as a super-deluxe 4CD with an accompanying remastered double LP release. The 4CD 20th Anniversary edition of Bring It On contains the original, classic album remastered by Frank Arkwright @ Abbey Road studios and 35 previously unreleased tracks including 25 demos (recorded between January 1996 and August 1997) - 13 of which are appearing on an official Gomez release for the first time.

Twenty years on, the debut album by Gomez sounds not of its time, but ahead of its time. You can hear its echoes in so much of the music that followed it: not just in Elbow, but in any artist who heard Bring it On and realised the possibilities of combining indie and roots music with lo-fidelity electronics: a modern experimental sensibility with a love of the past. Bring It On was an album that synthesised styles in a way that seemed remarkable then, and now sounds utterly unforced and contemporary. Where so many of its contemporaries sound completely of their time, Bring It On sounds as if it could have come out to equal acclaim at any point over the past 20 years. It’s a record that thoroughly merits its expanded 20th anniversary edition.

Bring it On sounds as if it's been made by kids who’ve been exploring the outer expanses of Spotify, scouring it for unlikely sources, rather than four lads in a Southport garage, and the fella they met at university. Though, in a way, Bring It On is the pre-streaming version of that very process, bringing together all the five members’ tastes, without ever allowing one style to dominate. You can hear their love of so much different music: Tom Waits, Tim Buckley, Prince, Talking Heads, Johnny Cash, Portishead, The Chemical Brothers, Led Zeppelin, Neil Young, jazz and folk and indie and the West Coast and classic rock. Between them, Ian Ball, Ben Ottewell, Tom Gray, Paul Blackburn and Olly Peacock created something that was far more than the sum of its parts.

In 1998, of course, it sounded revolutionary. “Gomez came along at exactly the right moment,” says the DJ Steve Lamacq, who championed the band on his Radio 1 show. “After Britpop had collapsed in on itself, there was a massive hole on the Evening Session, waiting to be filled. But what we found was, people reacting against the commerciality of the Britpop wave and heading off on all sorts of strange tangents. The audience was really receptive to sounds that maybe wouldn’t have fitted in a few years earlier.”

Gomez hadn’t even recorded with the intention of making an album, which is perhaps why it sounds so unforced. The basis of the album was seven tracks recorded on an ancient four-track recorder. The band’s label, Hut, had to use the home recordings – for practical reasons. “They couldn’t recreate those recordings because they’d done them in one of their dad’s garages on the four-track, and just after they’d finished doing the last one the thing broke,” says Hut’s David Boyd. “So we decided it needed a little bit of mixing and embellishment, but not a lot, and they trotted off to Liverpool to do the touch-ups, but to all intents and purposes that was Bring It On.”

In Liverpool, engineer Ken Nelson awaited them, and helped them turn those seven tracks into a whole album. “They’d have an idea and would look to me to make it work,” Nelson says. “Their home-learned skills transferred well to the studio and I believe we learned so much from each other. I’d never worked with a band who were so creative before: it was truly exciting for me.”

The spectacular results had an immediate impact and influence, Chris Martin admired Bring It On so much that Coldplay hired Ken Nelson to produce their first album (he went on to produce three for them). Indeed without some of Gomez’s freewheeling influence, it's much harder to imagine the British music scene making a comfortable home for the innovating likes of Alt-J, Everything Everything & Field Music, or across the pond where subsequent harmony bands blending indie, antifolk and art rock have thrived.

Bring It On went on to win 1998’s Mercury Music Prize, beating Pulp, Massive Attack, Cornershop and The Verve, the judges describing the album as "an intriguing blend of swamp blues, bar-room rock and eerie power".

Bring It On remains the album Gomez are best known for in the UK, but it was only the starting point for a spectacular career. The band built audiences internationally, especially in the US and Australia. In the States, in particular, Gomez have become bigger and bigger, with their two most recent albums, A New Tide (2009) and Whatever’s on Your Mind (2011), becoming the highest-charting records of their career.

But Bring It On remains the landmark: The introduction to their singular nature. Hence the deluxe reissue. Hence the forthcoming anniversary tour on which many of the shows – including an appearance at the Royal Albert Hall – sold out in moments. Twenty years later? Once again, bring it on.