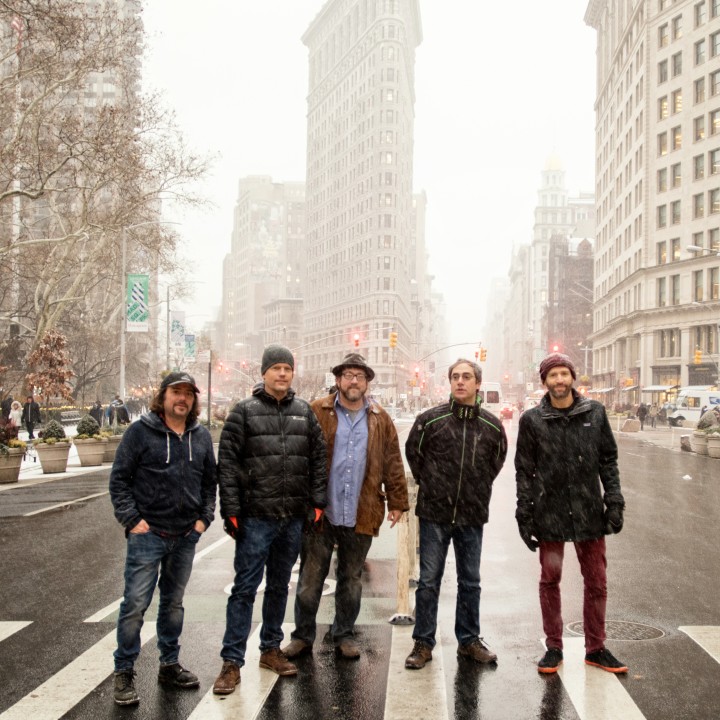 Formed in 1988 by Lo Faber, Aaron Maxwell, Dan Pifer, Jon Bevo, and Tom Osander, GSW played a prominent role in the early jam band scene alongside fellow New Yorkers Blues Traveler and Spin Doctors. Veterans of the HORDE Tour as well as runs with The Allman Brothers, Bruce Hornsby and The Black Crowes, they also released 5 albums and performed more than 1,000 shows in their first 11 years together.

In 1998 the band split up after playing a three-night farewell engagement at the Wetlands Preserve in NYC. Selected performances from these final shows were compiled into the posthumous live album "Good to the Last Drop".

After almost a decade apart, GSW reunited privately in 2009 to honor the passing of an old friend and a year later played four concerts in NYC benefiting the National Multiple Sclerosis Society. Infrequent but memorable gatherings continued at Bob Weir's TRI Studios, Sweetwater Music Hall, rambles with Phil Lesh at Terrapin Crossroads and Jam Cruise. In 2013 they released a 25th anniversary box set retrospective and the documentary film "All the Way to Here". The band continues to play select live shows each year and last year celebrated their 30th anniversary.

From December 2018 to May 2019, the band ‑ now spread out across the globe in New York, New Orleans, and Berlin ‑ collaborated on an eight-song recording project which would become their first studio album in more than 20 years. This Fine Town was released June 4th on all streaming platforms. A signed limited edition CD will be sold at the band's nine summer shows this year.