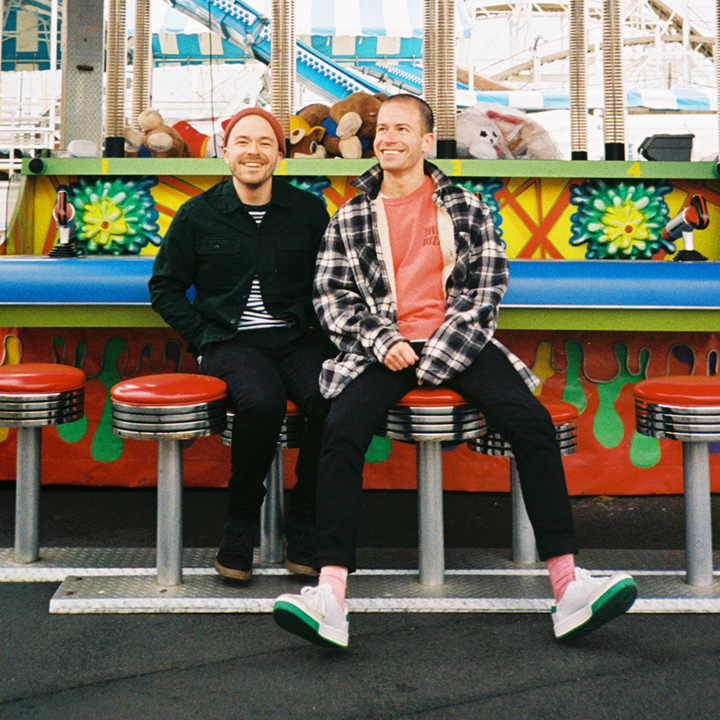 You could say that Gilligan Moss originally formed in the early 90s in an unassuming pre-school in downtown Chicago. Comprised of Evan and Ben, the two have used this deep-rooted friendship to form a psychic bond to explore a new vision for what it means for pop music to live in the club. The duo from Chicago, has a distinct style that fills the cracks between several genres -- they are drawn to strange melodies, polyrhythmic percussion, and driving basslines. Their goal is to make music that could soundtrack an Ewok dance party as easily as it could a solitary walk home.

The project began with Evan, who anonymously started posting his music to Soundcloud in 2013. His first single "Choreograph" caught a wave of blog buzz, eventually hitting #1 on the Hype Machine charts. On the success of this single and a remix for Glass Animals' "Gooey," he took to writing a batch of tunes and the resulting Ceremonial EP was released in August 2015 via AMF Records, an imprint of Virgin EMI.

When asked to go on the road in support of Glass Animals in late 2015, he asked Ben to join him for the live rig. Once tour came to a close, they began writing together, rekindling the spark that formed all those years ago in pre- school. They have done remixes for the likes of Sia, Banks, Tegan & Sara and their second EP is expected in mid-2017. For the past few months, the duo has been camped out in the woods in upstate New York, perfecting the perfect dance party for the squirrels and birds that surround their studio.